The GFA Annual General Meeting was held as a video conference for the 3rdyear in a row on 31 August. Members from all over the country were able to take part without the need to travel. This innovation has made the AGM more accesible and increased attendance at the meeting.

After general business was concluded, Jenny Thompson announced the winner of the GFA Awards for this year. The awards and recipients are listed below with their citations. 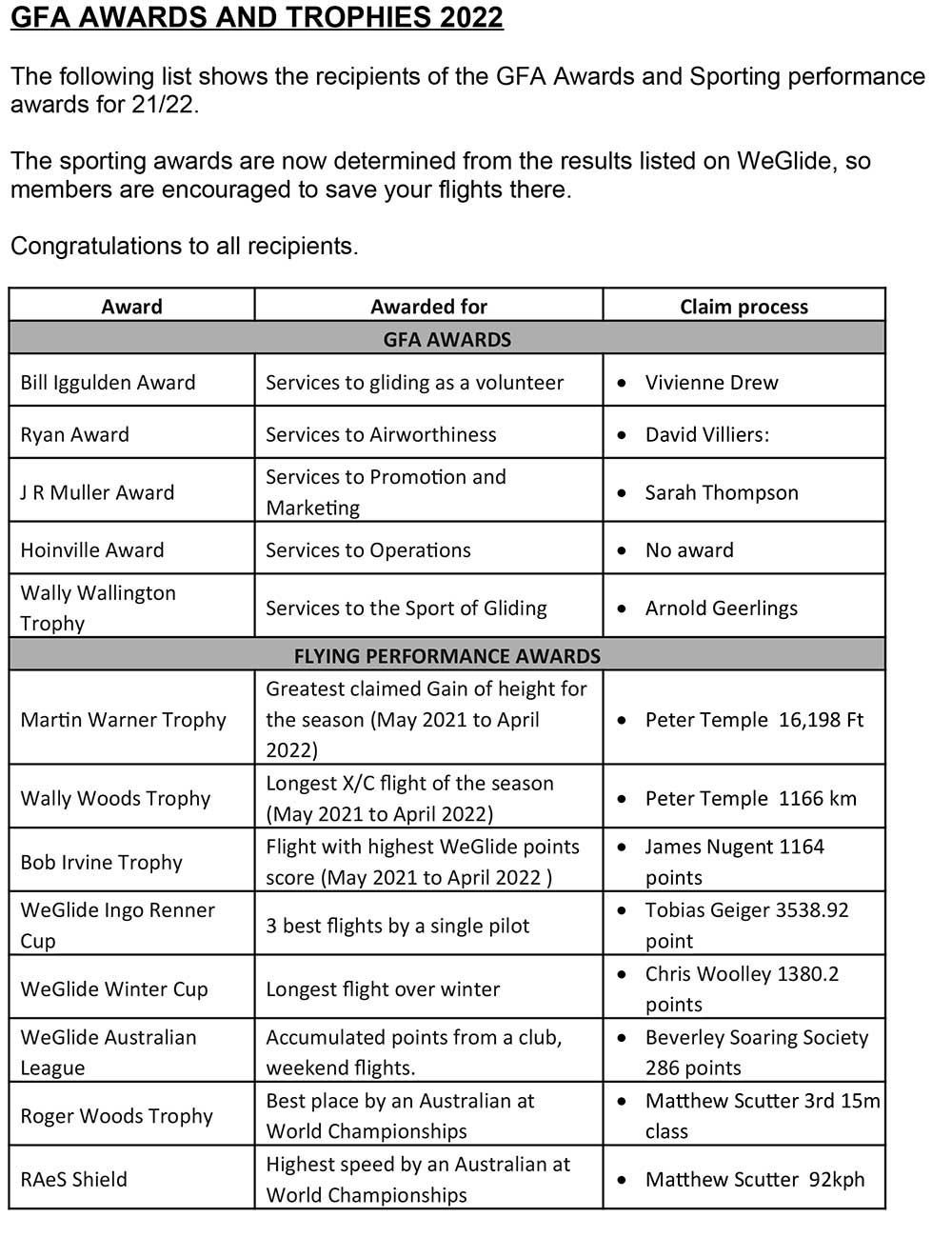 Vivienne Drew
• Viv led the re-write of the Gliding Australia integrity policies.
• Viv has been VSA president for 5 years, driving “Yes Girls glide” and the development of “Youth Centres”.
• She has negotiated significant Vic Government funds for gliding in Victoria/Tasmania, and managed the allocation of those funds.
• Viv is Secretary of GCV, Australia’s largest gliding club.
• She is an active glider pilot and Air Experience Instructor

David Villiers:
David applied his CASA expertise to help get GFA back on track after the damning CASA audit of 2013. He came on-board as a specialist in Airworthiness Management; wrote a detailed report on what was required, re-wrote MOSP 3, wrote the RO Handbook, and provided extensive advice to the Executive Committee. He helped edit and review many Airworthiness documents to get them into shape for CASA approval.

David had just retired from CASA having been Certification Manager et al. He was trying to build a new house and establish a garden but took extensive time out to assist GFA. Without David’s expertise the Airworthiness Department would not have resolved the situation as quickly or as well.

David subsequently took on the RTO-A role for Queensland after Laurie Simpkins. David served well in this role for 5 years till November 2021. In this time he ran numerous airworthiness courses in Queensland and continued to provide extensive advice to the Airworthiness Department including the revision of the Weight and Balance Manual.

Sarah resurrected the Marketing and Development role for GFA startin essentially from scratch in 2020. She has no helpers or committee for the role. All promotions and marketing has had to be done by zoom and phone calls, as COVID has made it difficult to go to clubs, regions and events.

She has:
• developed the new logo and branding
• Developed a new Gliding Australia website
• Created resources for marketing including posters, branding
• Created club resources for marketing
• Helped the ITP with posters and documents, and feedback systems
• Built the new Gliding Vic website
• Currently building the Gliding Qld website
• Facilitated webinars, AGMs etc online
• Liaised with S2F and Mandy Temple for S2F and now with Amanda Vanderwal (club development officer)
• Produces material for special events and groups (Juniors and Women included)
• Organising and supporting aviation events as requested
• Assists on IT related issues
She is the president of DDSC and continued the club’s journey of being the most advanced club in promoting and continuing junior and women membership.

Arnold Geerlings
Arnold is the Soaring Development manager in WA
• He assisted with the writing of the Soaring Development unit for GPC and is a strong promoter of the new training system.
• Arnold has run Silver Coach courses and Flying Further courses
• He introduced the GPC Wings which are now available nationally
• He takes students flying in his own aircraft in competitions for coaching
• He runs excellent winter coaching ground school sessions and again is generous with his time and encouragement of new members to the sport.
• Arnold has supported Women in gliding in WA tirelessly
• He is always willing to impart cross country knowledge and is passionate about coaching the coaches. 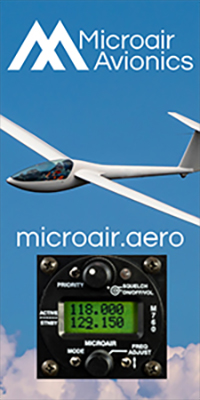