Operational Regulation 3.1.3 requires all pilots to maintain a logbook detailing, among other things, a record of pilot authorisations and endorsement granted, their dates of validity, and signatures of the instructors issuing such authorisations.

Section 8.1.7 of the Manual of Standard Procedures, Part 2 requires CFIs to maintain records of pilot endorsements, ratings and flight reviews, and for pilots to provide a copy of their Medical Declaration or Medical Certificate to the GFA within 30 days of the date of the Certificate.

The introduction in 2019 of the GFA’s new Membership Management system, now ‘JustGo’, has enabled integration of pilot authorisations, endorsements and other records through a central database that allows members to make (limited) changes and updates to the information on their profile. In addition, CFIs can now view this information for members of their club, thus removing the requirement for them to maintain separate records. This avoids having more than one set of information that requires constant synchronization and provides access to real time data.

All members should have accessed the database by now, and many have updated their profile to record various pilot authorisations and endorsements that they hold. However, there are still gaps in the records of some members.

Each member has an online profile that contains personal details, emergency contacts, authorisations and endorsements (called Credentials), and Qualifications (such as ‘A’, ‘B’ & ‘C’ Certificates, Glider Pilot Certificate or Glider Towing Certificate). Members can also record each club of which they are a member. It is important that members record their legal names on the system, as GFA Glider Pilot Certificates and Glider Towing Certificates are legal documents. It is also important that members keep this information up to date, and all members should check that their logbook(s) and training records contain signatures for all their Credentials listed in their Membership profile. CFIs, Instructors and Club Maintenance Officers should be able to assist in providing any missing signatures.

When a member adds a Credential to their record, they must also upload a document evidencing its authorisation. The Credential will not be activated until an approved person has reviewed the supporting evidence and confirmed the holder’s eligibility to hold that Credential. Once a Credential has been activated (approved), it cannot be amended by the member for security reasons.

The GPC and GTC both have provision to record various endorsements held by the pilot. The information contained in these Certificates is drawn from data held in the member’s record, so it is important that the member’s profile is updated. Both the GPC and GTC are only valid while the holder remains a financial member of the GFA. Accordingly, these certificates have an expiry date that is linked to the holder’s membership expiry. GPC and GTC holders can download a valid Certificate from their profile at any time their membership remains current.

Suspended or Cancelled Authorisations or Endorsements

A member cannot exercise the privileges of an authorisation or endorsement that is suspended or has been cancelled.

Reinstatement of a suspended or cancelled authorisation shall be advised to the GFA’s Executive Manager Operations in writing by the Club’s CFI (or higher Authority). 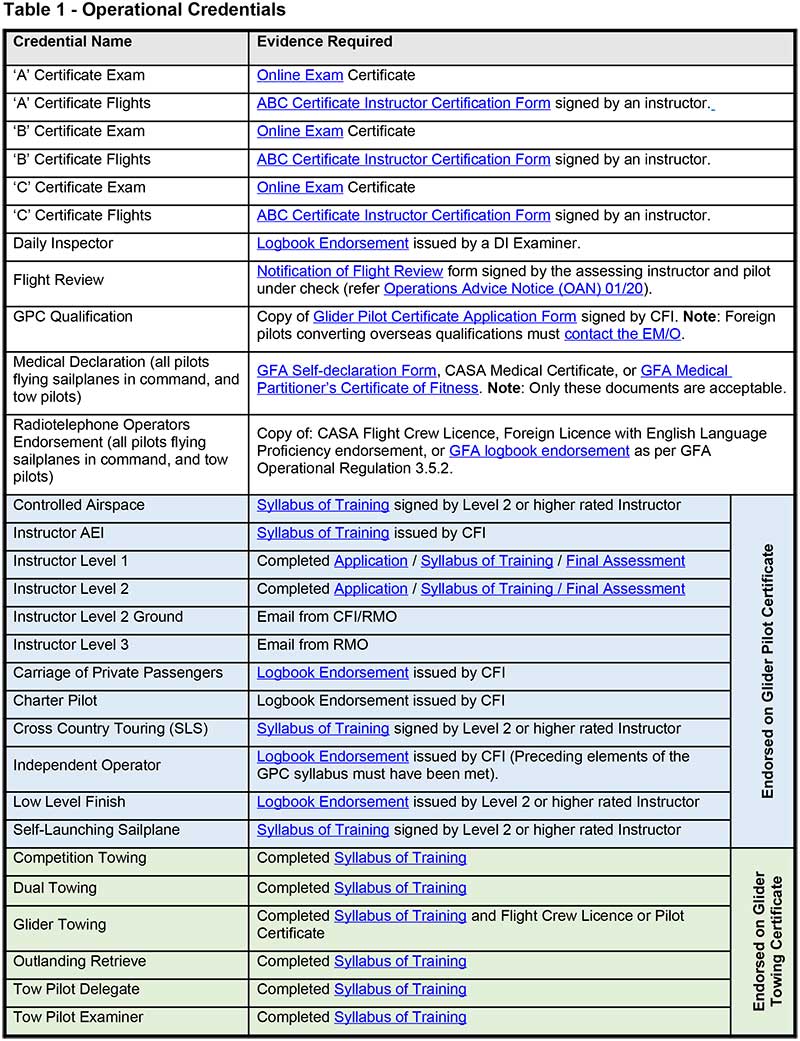 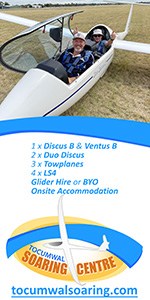