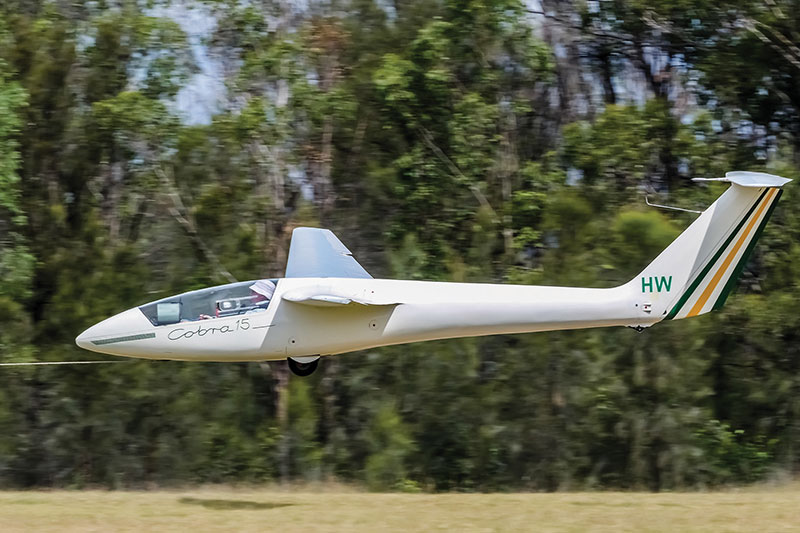 2021 marks the 10th anniversary of the Hunter Valley Gliding Club Vintage Regatta. Thankfully the recent flooding rains in Eastern Australia had abated and great autumn soaring weather arrived for the regatta. The airfield was looking a picture after the recent rain, and visitors from Victorian and other New South Wales clubs joined in for a fun Easter weekend of social flying. 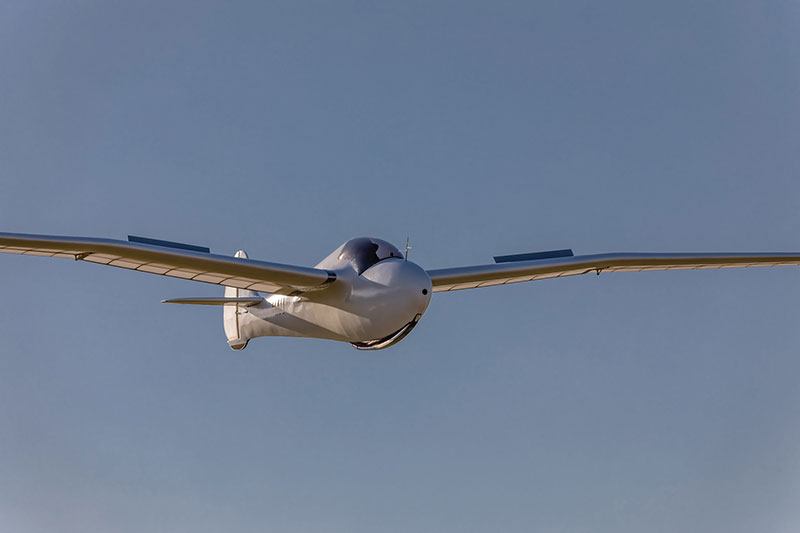 The best vintage cross country flight of the regatta was Andrew Dickson's 147km in the Dart, while Jenne Goldsmith also took her Ka6E for a trip around the valley and clocked up 100km. Peter took his out Hü 28 and stretched its wings for a 74km flight along the edge of the ranges. The plastic gliders may have gone further than the vintage but the only outlanding of the regatta, only about 10km from the airfield, was also a plastic glider.

On Saturday, a couple of vintage DH.82 Tiger Moths also visited from the nearby Luskintyre Flying Aviation Museum. While the Tiger Moths were on the ground, they were eyed up greedily by some of the older gliders as a potential tow plane.

On Sunday morning all of the attending pilots formed up for a group photo in front of the clubhouse along with the Hü 28 and the Nymph. The attending vintage gliders then nudged together for position in a group photo at the flight line. Much confusion followed as the pilots jostled to get the prettiest glider at the front of the pack. High cloud cover moved over the valley through the morning but this was a great opportunity to get a good view of the vintage gliders in attendance while going round and round together in weak thermals to only 1,800ft AGL. 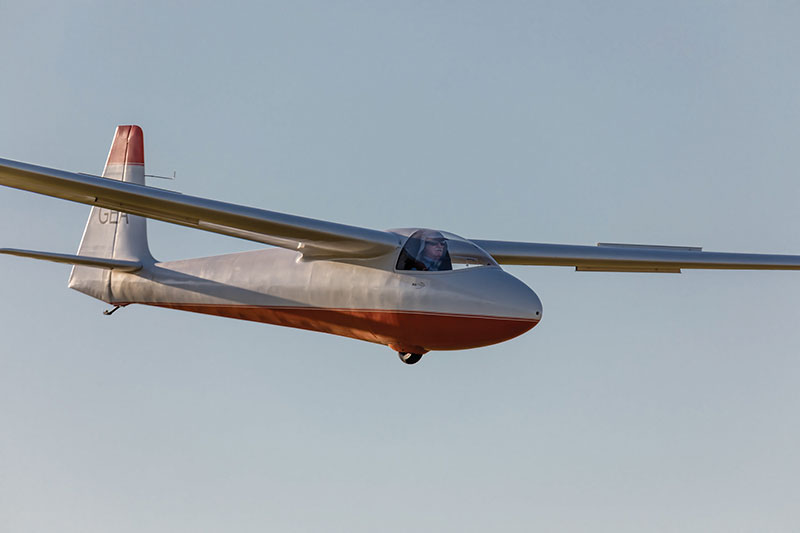 By Monday, most of the high cloud had moved away. Conditions looked more promising for the gathering and the relaxed atmosphere of the regatta continued as happy faces were seen sitting in gliders on the flight line. Lots of people were flying new types. The M200 and the Bocian were especially busy as friends went up together in the two-seaters. Dave and Jenne Goldsmith flew the Dart and in return, Paul and Andrew Dickson tried out their Ka6E for comparison. One of the biggest smiles came from Grant Nelson from the Lake Keepit Club who was waiting all day and finally got a flight in the oldest glider at the regatta, the 1955 Nymph.
During the evenings, the social activities continued in the HCGC's spacious clubhouse with catering and entertainment provided by the club members. Among the entertainment was a talk by Peter Rundle on the Hü 28 build and a hotly contested quiz night run by James Moffatt. 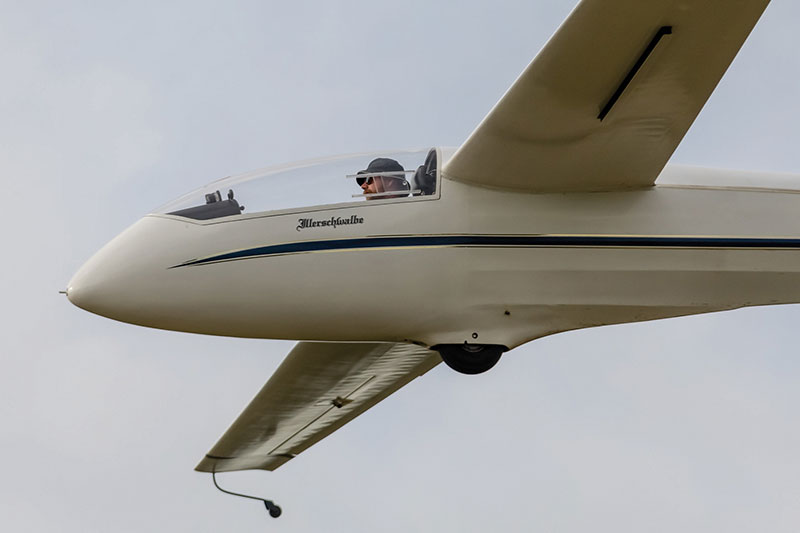 Hütter Hü 28
The HVGC People’s Choice trophy is awarded each year to the best attending vintage glider, voted for by all those attending. The trophy, made by Don Hardiman and Peter Raphael, is a reproduced section of wooden wing detailing the methods of construction, on which a cast Minimoa model mounted.

This year, the Dart 17R received the most votes. However, the fact that the Dart had received more votes than people attending the regatta caused some consternation and it was subsequently disqualified due to the owners' enthusiastic voting. Consequently, the trophy was justifiably awarded to Peter Rundle’s magnificent Hü 28. It was somewhat symbolic that the trophy, which includes a casting of a gullwing Minimoa, was won by the gullwing Hü 28. 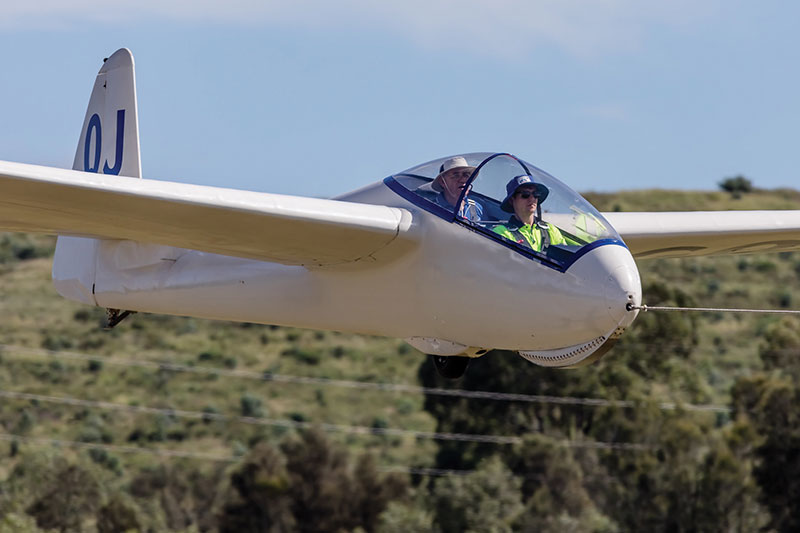 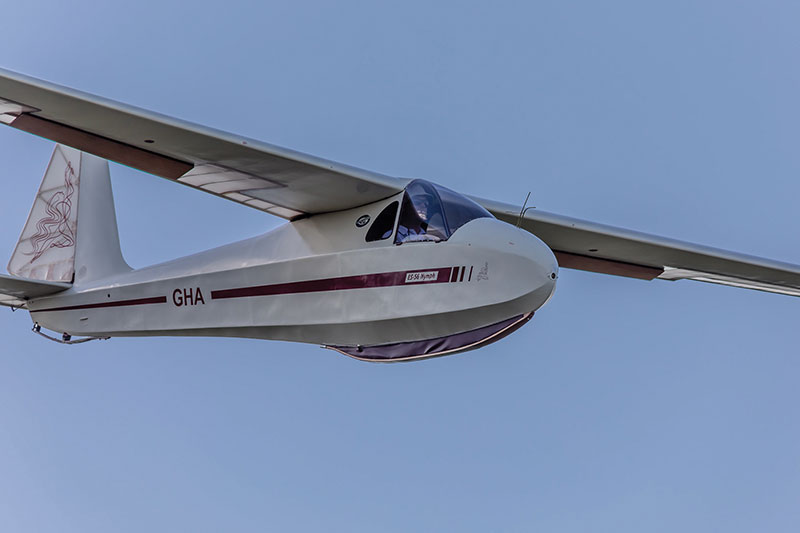 ES-56 Nymph an Australian single seater designed by Edmund Schneider with a first flight in 1955. 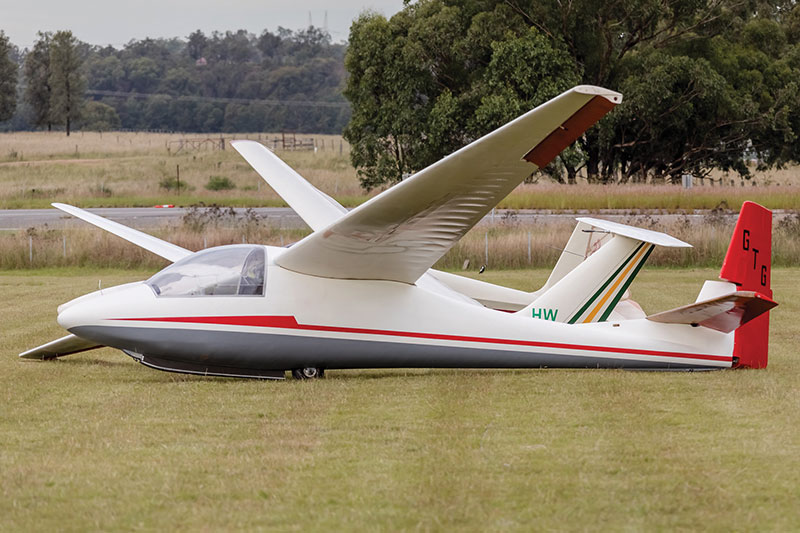 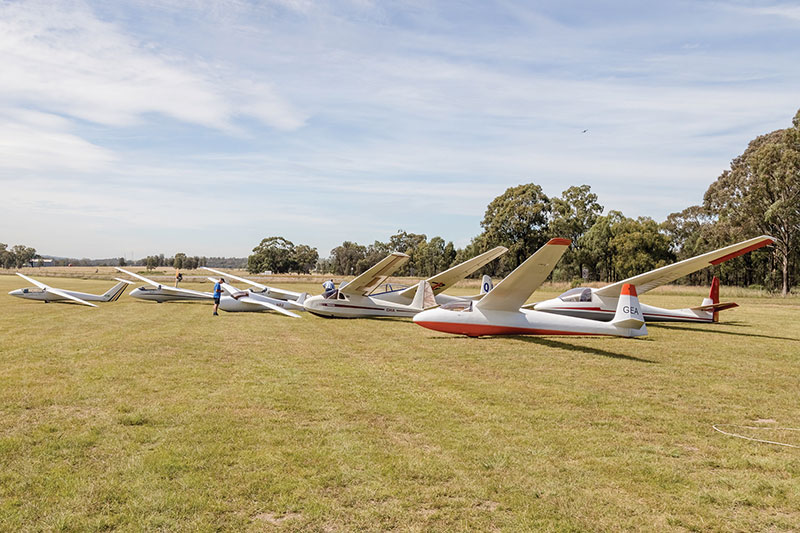 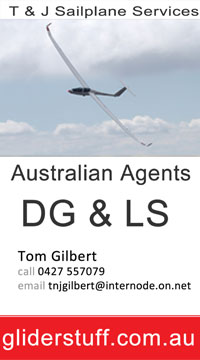