Gliding the sport of Soaring

For editorial and advertising enquiries, please contact: Sean Young This email address is being protected from spambots. You need JavaScript enabled to view it. 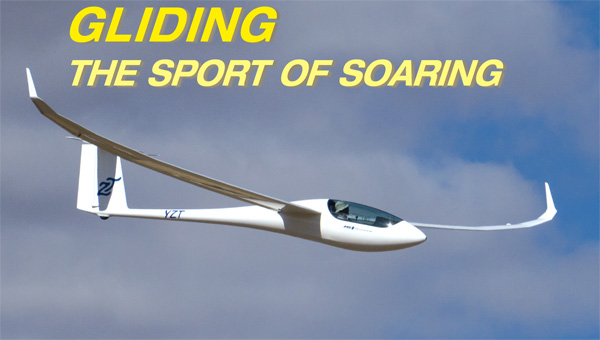 The sport of gliding is an exhilarating, spectacular yet serene flying experience. Gliders take to the air like birds with wings outstretched, soaring on rising air currents, immersed in three dimensional space and flying silently with an eagle’s view of the world.

Gliding is for all ages, men and women of all ages fly gliders. In Australia you can fly solo from the age of 15 and some pilots continue gliding into their eighties. It is never too late to learn to glide and many pilots take up the sport in their 40s 50s or even 70s.

But be warned. Whether you have your first flight when you are young or old, you may be so moved by the experience that you are quickly taken by the gliding bug and find yourself forever looking skyward in anticipation of your next flight.

To try gliding find the club nearest to and call them to arrange a flight.

Is flying a glider difficult?

No. You need to be able to use your hands and feet simultaneously to do different things and to interpret your surroundings and react accordingly. The basic skills that we use to drive a car or ride a motor bike demonstrate these skills

What are gliders made of?

Gliders are made of a wide variety of materials, from wood and fabric, to ultra-modern fibre glass, carbon-fibre and kevlar based materials.
Australia has an active vintage glider movement, with many gliders over 50 years old.
Gliders are often designed for a specific purpose such as training, cross-country flying or aerobatics, but most gliders can do a bit of everything.
High performance gliders are very streamlined with a minimum of obstructions to the airflow, which would otherwise cause drag. Glider design is sophisticated and at times has led to developments that later find their way into general aviation.

For your first flights you will be flying in a two-seat glider. While you are training, you will learn basic flight control in a two-seater until you are competent enough to go on your own. Two-seat gliders have the same controls and instruments in the front and back to allow the instructor to demonstrate. This also allows your instructor to take control when needed.
These gliders are usually larger and easier to fly than the sleeker, single-seat gliders. This is to make sure that the student can easily learn the basic skills of flying without having to worry about high performance and complicated controls. Many pilots continue to fly in two-seat gliders once they are solo so that they can share the enjoyment with their friends and family.

What equipment is in a glider?

All gliders have the same basic flight controls. Your pilot will show the different instruments to you. These will include
Airspeed Indicator - shows you the speed of the glider. 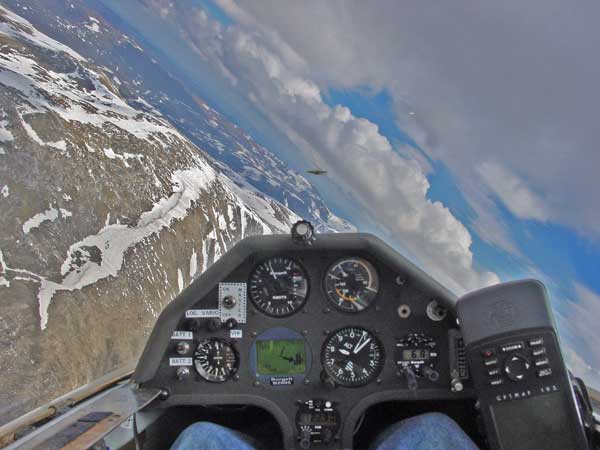 Altimeter - shows you the height of the glider in Feet. You will typically launch to about 2-3,000ft above the ground.
Variometer - shows you if the glider is going up or coming down. The glider flies by sinking through the air, so typically the vario will show the glider slowly coming down. If the pilot finds some lift then the vario will start to show the glider climbing. This instrument is used by pilots to help them soar over long distances. Usually this instrument will emit a sound so that the pilot can hear when they are in lift and keep looking out instead of having to watch the instruments.
Radio - for communication with the home and  surrounding airfields, tug plane and other gliders.
GPS Navigation system - GPS systems have greatly reduced the cockpit navigation workload in gliders, which can fly hundreds of kilometers from their home bases.
Flarm - is an electronic device to alert pilots to other aircraft in the vicinity.

More and more commonly, gliders are fitted with engines that enable them to either take off unaided or maintain height when there is no rising air to be found.
The self launchers or motor gliders, as they are called, permit the pilot to operate with total independence, while the sustainer versions allow you to get home from a long cross country flight.
Most versions of motor gliders have automatic systems that allow the engine and pylon to be fully retracted and stored inside the existing fuselage

How much does it cost?

Costs vary from club to club. Some offer a full commercial service and are priced accordingly whilst others operate under a very strong club atmosphere to keep costs down. One of the major variables in the cost of learning is your own aptitude. Some people learn faster than others, though this does not mean that they will necessarily be “better” pilots. Here are some rough guides:

Annual club membership including compulsory membership of the Gliding Federation of Australia (GFA) is $700.

Once you are a club member you simply pay as you go. Glider time is charged by the minute; cost per minute varies from $1 - 2 . Some clubs even offer a reducing rate for each subsequent hour of flight to encourage cross country flights (More on this later).

Do I have to join a club?

Where is my nearest club?

Can I buy a flight as a gift?

Yes. Most clubs offer an option to purchase a gift voucher for a trial flight. Contact the club directly.

What weather can you fly in?

Any weather except low cloud, rain and very strong wind.

What happens when the wind stops?

Nothing! Some people are surprised to learn that gliders don’t actually need any wind to fly. They simply glide back to earth gracefully.

How do gliders fly without an engine?

Have you ever seen a flock of pelicans circling high in the sky or a seagull hovering motionless over a headland? The pelicans are flying in a column of rising air (called a thermal) and the seagull is flying in the rising air deflected upwards by the cliff face. In both cases the birds are in an air mass that is rising faster than they are descending through it. Gliders exploit exactly the same natural phenomenon. 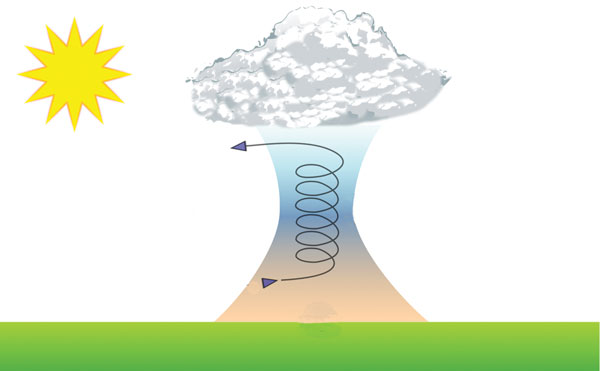 How long can you stay up?

This depends on the weather. On some days there is no rising air to be found, so your flight can only be a gentle glide back to earth. This will still take around 10 – 20 minutes! On the other hand, when there is rising air to be found flights of 5 hours or more are common place. For more information on how gliders stay airborne, see the soaring section.

How high can you go?

On a typical flight you will release from the launch at around 2,000 feet. After that you may rise to 10,000 feet without the need for supplemental oxygen. The current world height record is around the 50,000 foot mark! That’s higher than a jet airliner’s cruise altitude!

How far can you go?

On poor soaring days you will be restricted to within glide range of the airfield, however on good days once you are competent you can attempt recognised flights of 50, 300, 500 or 1,000 km. The straight glide performance of gliders varies immensely. A modern high performance competition glider may glide 60 km for every 1,000m of height! A typical club glider will easily glide 10 km for each 1,000 feet without encountering any rising air.

How fast can you fly?

How many can fit in a glider?

Each club will have a two seat glider for training and a range of single seaters for you to progress in to.

How much does a glider cost?

Glider costs vary greatly. Technology has brought huge gains over the last few decades, but this comes at a price. For the latest two seat self launching high performance glider from Europe you could pay upwards of $300,000. At the other end of the scale is a well used or even vintage glider for literally a few thousand dollars. A typical used glider with modest performance will cost $20,000 - $50,000. Syndicating is a popular method of reducing the individual costs.

Can you take them apart?

Yes. Gliders are designed specifically to be disassembled so that they can be stored in weatherproof trailers. This also allows you to land in a paddock far from home and simply call your retrieve crew to pick you up. This is called an outlanding and is considered a normal part of gliding.

How safe is it?

Gliding is not without its risks, however these risks can be mitigated to a large degree by good training. Australia’s gliding safety record is among the best in the world.