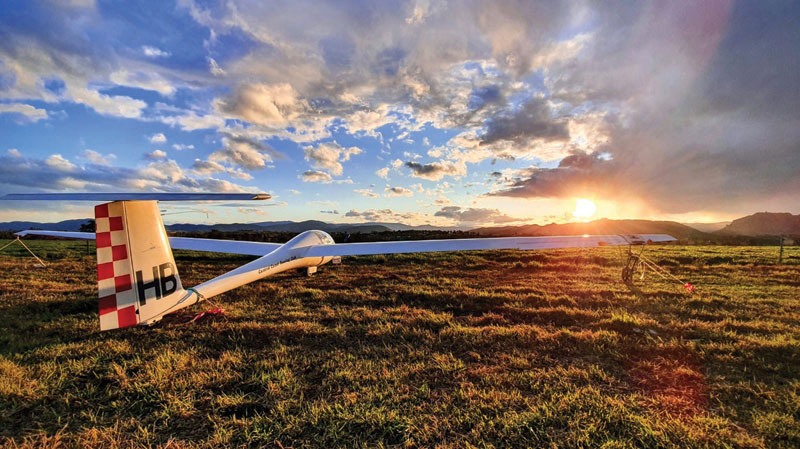 The annual gliding camp at Gloucester has been organised by the Central Coast Soaring Club for nearly 40 years. The airstrip is on a working dairy farm at the base of a north-south ridge, rising roughly 1,000ft above the valley floor, guaranteeing ridge lift in a decent westerly breeze.

Gloucester NSW is on the eastern side of the Barrington Tops, which generate wave conditions in a strong westerly wind. This year we experienced ridge, thermal and wave lift, sometimes on a single flight. With the advances in weather forecast accuracy using SkySight, gliders are encountering wave and convergence lift more frequently using self-launching gliders or high aerotows. 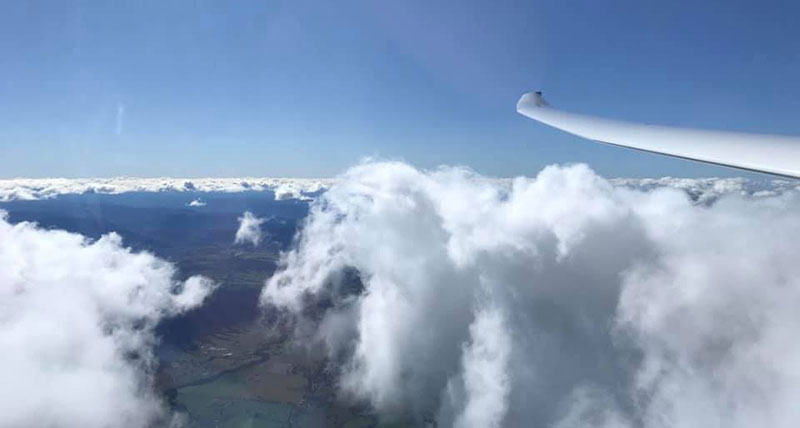 For the records, all 9 days were flyable, resulting in 145 flights for a total of 199 hours. The longest duration was 5 hours 54 minutes, flown by Andrew Dickson in the Dart and the highest flight was 6kts lift to FL180 (airspace limit) in primary wave 20nm west of Gloucester by Paul Tridgell and Chris Madden in the DG1001M.

Fortuitously, Bill Bartlett had negotiated with the RAAF well in advance to hold the camp between 15 and 23 August because the week prior, which are the usual dates for the event, would have been a washout. Instead, we were treated to a consistent 10-30kt westerly wind all week and had constant access to a box of airspace, even though the surrounding RAAF Restricted Area was active for most of the week. Also, the runway's north-south orientation made for good crosswind takeoff and landing practice on the narrow, 2,000ft grass strip. 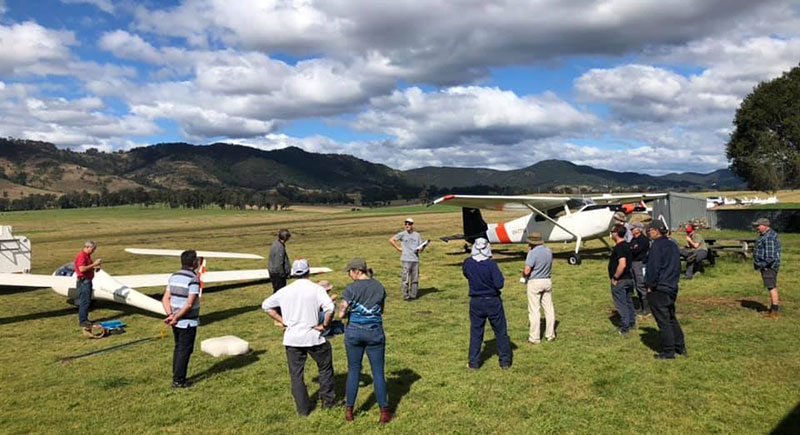 Michael Vince did a great job of organising and running the camp, Bob Wilson supplied the trusty Cessna 180 towplane and refuelling facility and, as always, the camp was warmly hosted by Chris Maslin and the Gloucester Aero Club. The fabulous conditions, friendly flying and the chance to meet new people from other gliding clubs will probably lead to increasing popularity in coming years.

The camp is a reminder that taking gliders away from home base is a great way to improve interest levels and keep the fun in flying. Don’t wait until the Club’s Christmas camp to go somewhere. Try organising smaller groups for short trips several times throughout the year, even in winter, and see the positive impact on glider pilot retention. 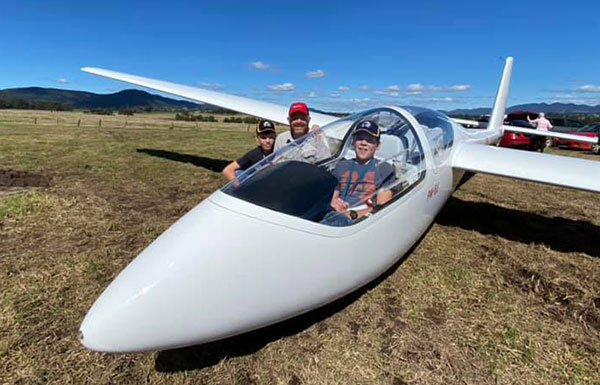 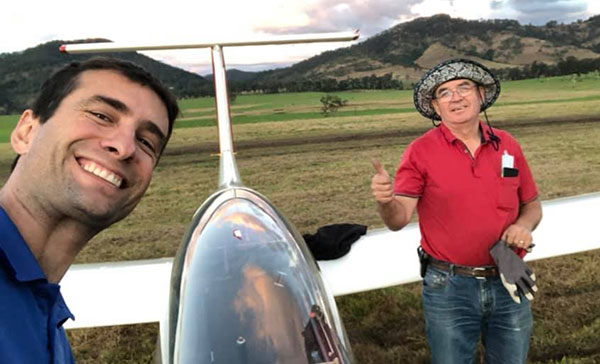