Towing with the Savage Cub

For a number of years now, gliding clubs in various parts of the world have been testing their way into towing with Light Sport Aircraft (LSAs). It makes sense in places where Avgas is seriously expensive and where winching remains an ever popular and economic alternative. LSAs are sometimes compared with Formula 1 race cars – not because of their speed, but because both have to constantly push to innovate materials and construction methods so as to minimise weight while maximising performance 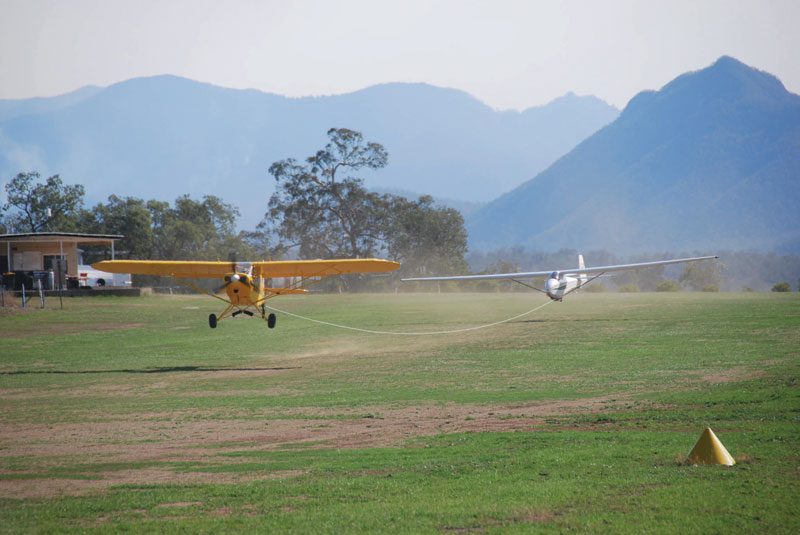 LSAs like the Eurofox have also made their entry into Australia. In Europe, the Slovak-made Aerospool Dynamic WT9 is a popular tug choice. It is a very nice machine with great aerodynamics and solid towing performance – a Duo Discus is no problem, nor an ASK-21. I towed in the ASK-21 behind a Dynamic a number of times during an aerobatics week with German pilots in Bruchsal.

However, though well-equipped for towing with a Rotax 912S 100hp engine and adjustable prop, it won’t get you any change out of a quarter of a million Australian dollars. Some would argue that if you find a Pawnee for a third of that, which you just might, then you’ve got a lot of cash left for Avgas. 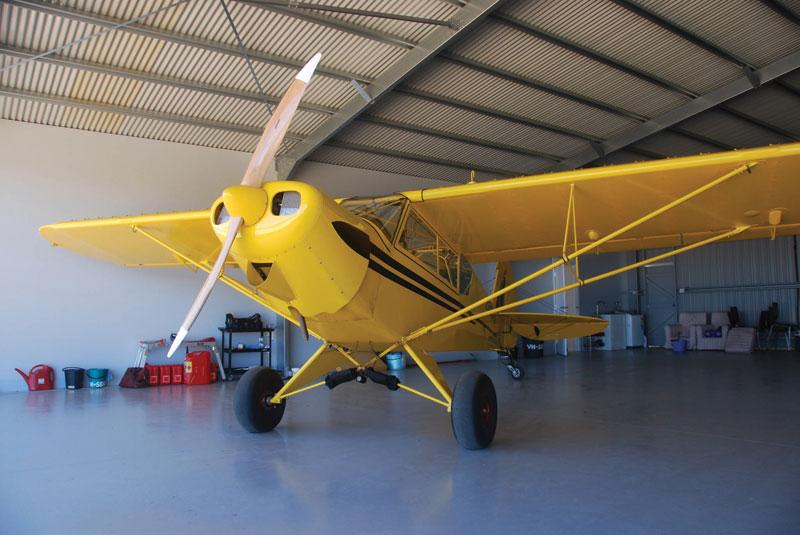 That said, the cost of a VH-registered aircraft doesn’t flow through the fuel pipes alone. Other factors make them more expensive than LSAs registered through RAAus too, including parts, maintenance and the medical and licensing requirements for the tuggies who fly them. So, the search for possible towing options continues.

We were able to test a Zlin Savage Cub, factory-built in Italy and the Czech Republic. The Savage Cub is a Piper Supercub look-alike, built from lighter materials than the Piper original and. It is, like its original, a wonderful – and sometimes a bit challenging – little taildragger to fly, more jumpy in landing, for instance, than a Pawnee. Like the Dynamic, the Savage Cub is typically equipped with a dual-carburetted Rotax 912S 100hp engine. See insert for aircraft specs.

Rotax engines have a reduction gearbox to reduce the engine’s relatively high shaft speeds to a more conventional propeller RPM. In the Savage Cub it is possible to mount a turbocharged Rotax 914, which yields some 115hp and can take a constant-speed propeller. But this means running a lot of systems in the nose that are competing for cooling air, which may not be practical in Australian summers. Savage Cub 23-2610, the one we tested, had a 100hp 912S. It drove a two-bladed fixed-pitch 2-meter wooden climb prop made by Aerobat in Spain. It is cleared for towing gliders up to a weight of 650kg. 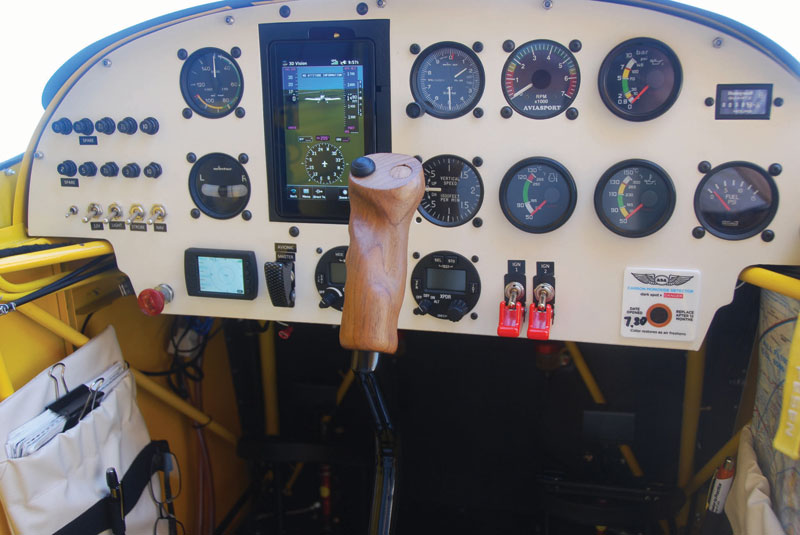 We started with some lighter gliders, testing a Ka-6, a Grunau Baby, a Kookaburra, an SZD-59, a V-tailed Salto and a couple of Libelle 201s over a number of days, and at several airfields in Queensland, on grass as well as paved strips. The elevation of the strips varied from 340ft to 1,500ft AMSL. Winds were relatively light on all the days we tested, with an average of about 5kts on the nose. The ambient temperature was between 20 and 27°C. Fuel load in the Cub was between 60 and 90 litres, with a single crew member on board.

Lining up with the glider behind you is conventional. The 23-2610 is equipped with a rearview mirror above the pilot like most Piper Cubs equipped for towing, so that you can see both glider and ground crew just by glancing up. The rearview mirror works because, like a Supercub, the Savage Cub typically has a see-through plexiglass roof, which is also of great help for lookout and traffic awareness, and even for seeing the runway when turning onto baseleg and final approach. This manoeuvre is often tricky in high-wing airplanes.

Flaps 1 was selected for takeoff with the gliders that could or wanted to tow at a lower speed, like the Ka-6, Grunau Baby and the Kookaburra. Stage 1 gives about 15 degrees of flaps. According to the flight manual, this gives the Savage Cub the best climb gradient. Full power was given at the appropriate signal, and it was immediately apparent that acceleration is not an issue. The Savage Cub itself is so light that it doesn’t take a lot to get it moving, and doesn’t take a lot to get it flying either.

The take-off run was typically about 150m, both on short grass and on tarmac. On a number of take-offs, the Cub got airborne before the glider, which requires a careful check in the rearview mirror and a stick forward motion to keep the tug close to the ground to let the glider accelerate as well. Note, of course, that the stall speed of the Savage Cub is below that of many gliders it might tow, even with zero flaps.

At about 50kts for the Grunau Baby, and 60kts for the Libelles, the fence and trees at the end of the strips (between 1,000 and 1,700, long) were consistently cleared by several hundred feet. The Libelle, the Salto and other ‘plastic’ gliders were towed better with zero flaps, which gave an airspeed of around 65kts and a climb rate at around 300ft per minute. 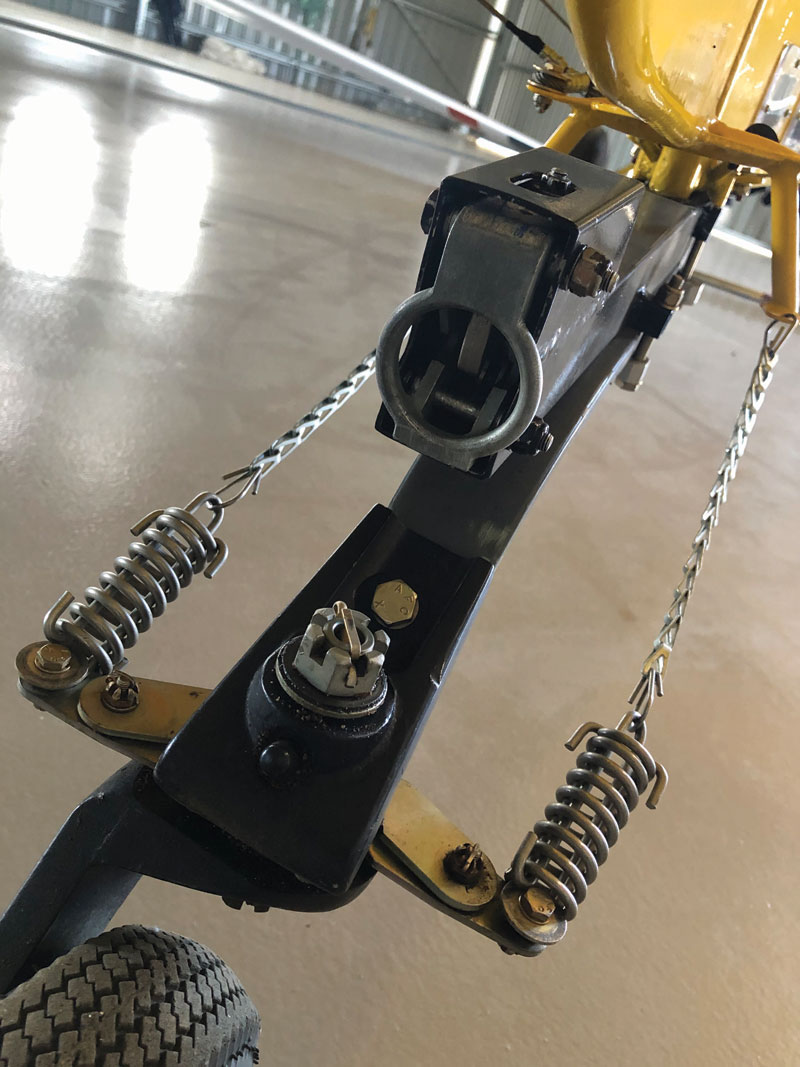 With the engine delivering 5,250 RPM, tows to between 2,000 and 2,500ft AGL took between 3 to 6 minutes, depending on the glider and how much lift was found in the climb-out. We averaged the climb performance over the test flights, both with and without flaps, and concluded that the Savage Cub delivers a reliable 300 to 400ft/min climb rate (or a 3 to 4kt climb) in still air with gliders up to 350kg in all-up weight.

Oil temperature and cylinder coolant temperature stayed in the low reaches of their respective green arcs all the time. Oil burn in Rotax engines is negligible, so as to be unnoticeable. Higher temperatures in summer might change the engine operating temperatures somewhat, but the cowling of the Savage Cub, like that of the original Supercub, is designed to allow buckets of air to flow through.

The turnaround time for tows with the Savage Cub, or any Rotax-equipped aircraft for that matter, is helped significantly by the liquid-cooled engine, for cylinder heads in particular. This means you don’t have to worry about shock cooling and can get down in a hurry. The Savage Cub adds the advantage of ridiculously short landing runs so, providing your rope clears the fence, you can pull up next to the glider you’re going to tow next. There's no need for taxiing back. It's worth noting that with a lower approach speed than, say, a Pawnee, the tow rope hangs down at a more acute angle

If the aircraft is registered with RAAus instead of getting a VH-registration, then tuggies will have to convert their licences to RAAus as well, including their tailwheel and towing rating. That is not much of a problem as RAAus is growing and, with a large number of schools around, the cost and effort of conversion is comparatively low.

But the kicker is possibly this – the average tow up to 2,000 – 2,500ft used about 2.5 litres of 95 Mogas. At Covid-reduced oil prices currently, that translated to about $3.50 in fuel costs per tow. Towing, or even winching or self-launching, completely electrically is probably the real innovation that our community is waiting for. But in the meantime, an LSA like the Savage Cub offers respectable performance for its 100hp liquid-cooled engine, and offers significant economies on maintenance, pilot qualification and fuel use.