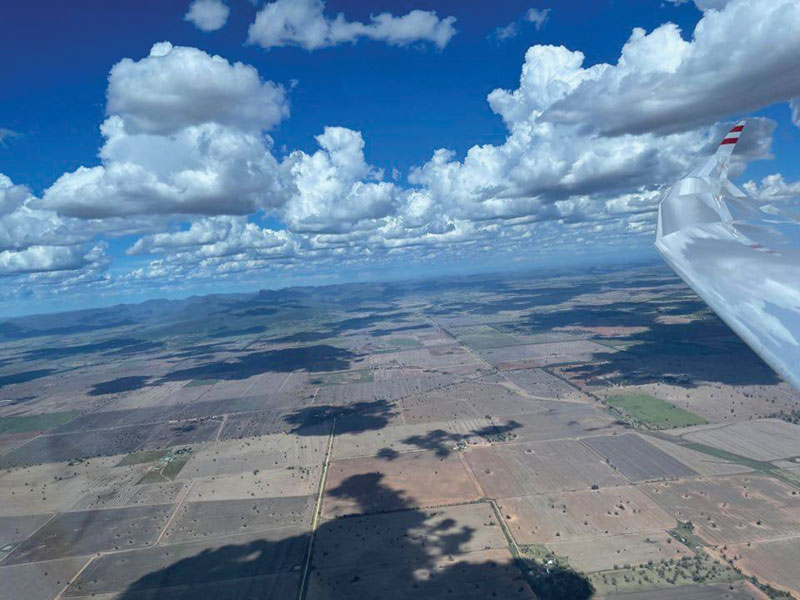 Viewers could watch the races as they happened on live.glidernet.org. There were seven race days, which was a very good result as low pressure systems stretched across the area bringing rain and cloud across NSW during the week. Nevertheless, the pilots experienced more than one classic Narromine day and squeezed excellent performances from all days.

The first competition day was cancelled, but on Day 2, 14 February, David Jansen and John (Butch) Buchanan flew their Arcus T, flying 376 km at 102 kph, to win the day. They beat Brad and Bill Edwards, Miles Gore-Brown and the Kingaroy team in the Kingaroy Duo Discus X and Mac IIchikawa and Ron Sanders in Ron's Nimbus 3 DM. Others in the fleet included Harry Medlicott and Allan Barnes in an Arcus M and Adam Woolley and Keith Gateley flying an Arcus M.

After a struggle to the finish, Adam and Keith had a technical outlanding. They also outlanded the following day, making the possibility of ending up on the podium at the end of the championships a difficult prospect.

The following day was blue, windy and difficult but with some excellent strong climbs, Brad and Bill Edwards outperformed the pack and won the day.

Paul Jacobsohn and Mick Webster flying the Duo Discus GIE made it into the 3km finish circle to qualify for 6th place but couldn’t quite make it to the airfield and landed in a nearby paddock. 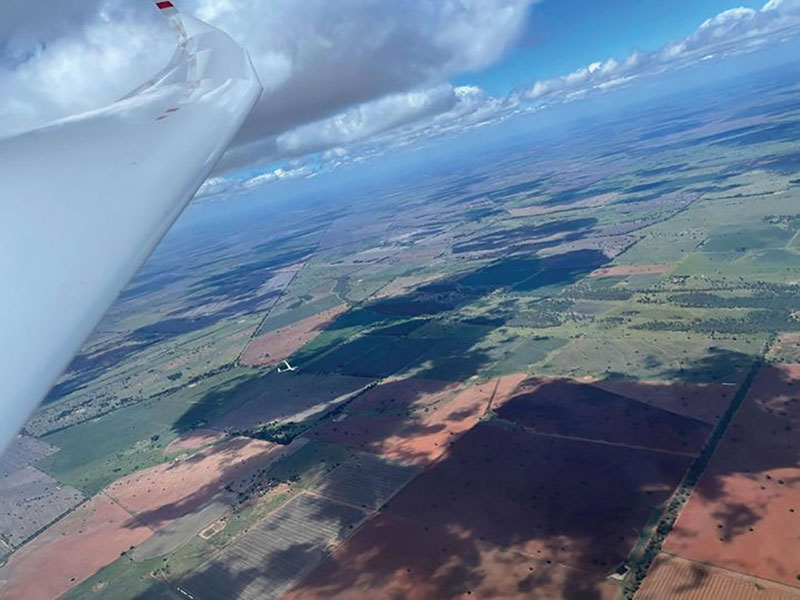 Win for Adam and Keith

On Day 3, Adam and Keith won the racing task flying 354km at 109 kph. This was the first of three day wins that helped them to finish in 4th place at the end of the comp. A gap of just 10 points divided them from a podium position. The technical outlandings did cost them dearly.

Up to the 6th task on 18 February, David Jansen and Butch Buchanan had been at the top overall points score. But Brad and Bill Edwards, although coming in 5th place, moved to the top of the score card with two days to go. However, with a small margin of about 260 points across the top four places, it was still possible for any of the top teams to win the contest.
On the second last day, a 439km racing task was set that Adam and Keith won at a speed of 113.35 kph. When the scores came in, just 152 points separated the top three gliders going into the final day.

The final race on 20 February was an AAT won by the Edwards Brothers flying 396km at 129.86 kph to keep the top spot and win the Championships. 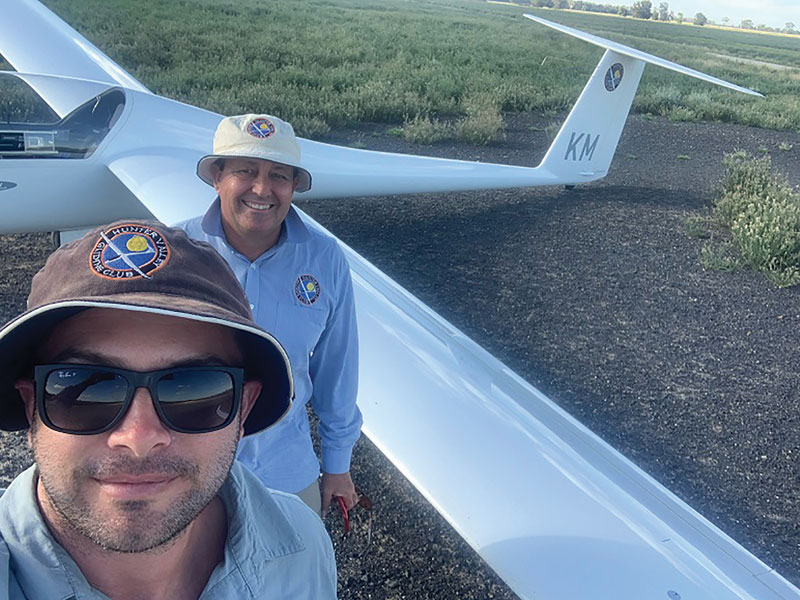