RECORD FLIGHTS
Congratulations to Norm Bloch, Allan Barnes
and Harry Medlicott for achieving the records below.

Allan barnes
This was a tough attempt at a 1,000km triangle. Turnpoint 1 was north of Goondiwindi. Turnpoint 2 was near Warren. However we lost 30 minutes trying to stay in the air after the first thermal and were only achieving 96kph by the time we turned Goondiwindi. The ground was absolutely sodden with a lot more wind, and good climbs were very few. The middle part of the second leg was pretty good but Warren was also very wet with very low broken cu, so we abandoned 50km short and turned home. At Gunnedah we had a marginal final glide but were surprised by 3kt, which gave us enough height to close the triangle at Manilla after 9.5 hours in the air. 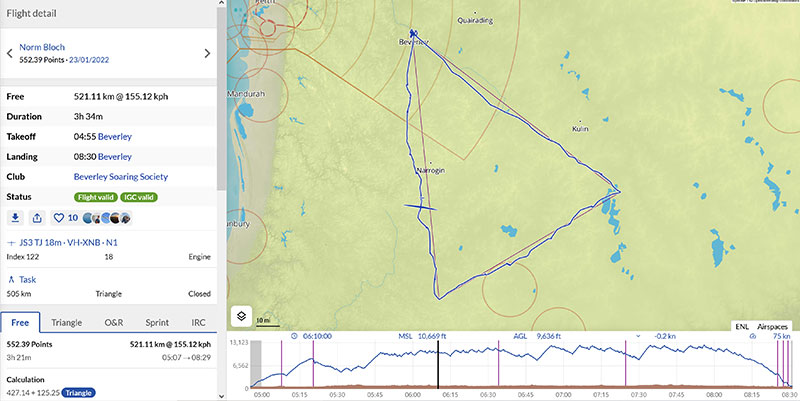 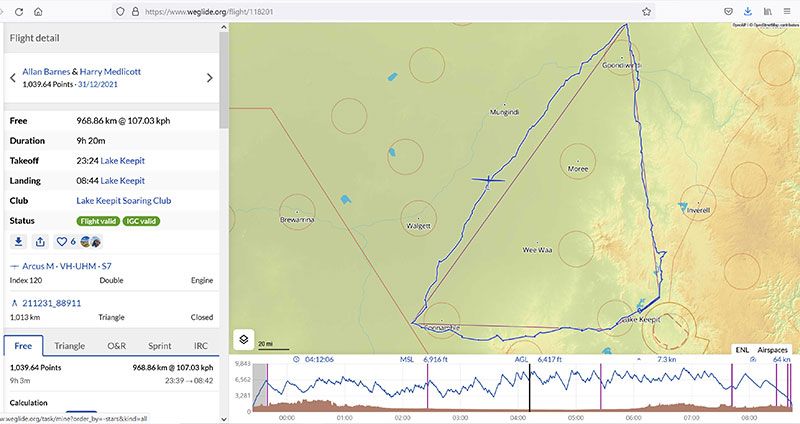 The details of the record-making flight of Allan Barnes and Harry Medlicott. 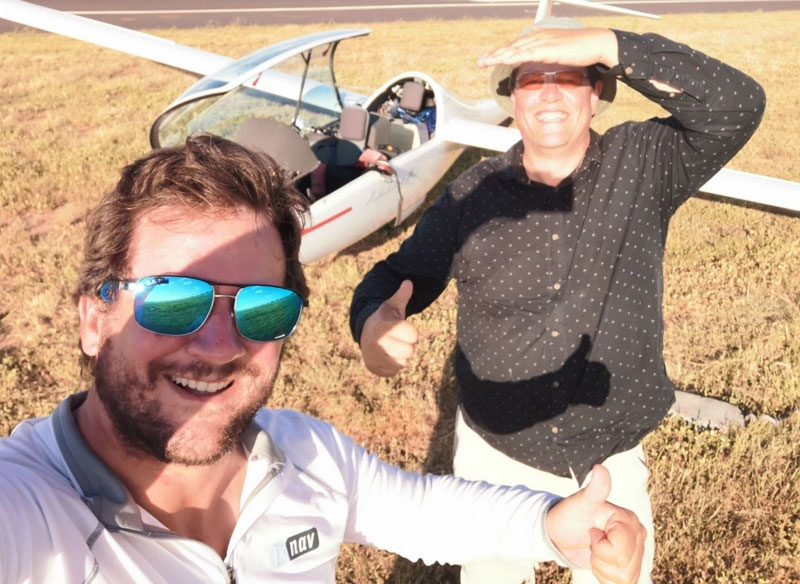