There is a link between people’s commitment to report safety-critical events or near misses on the one hand, and how an organization (CASA, the GFA, your club) handles the aftermath of those events on the other. If responses are perceived to be punitive, or retributive, this obviously puts a damper on people’s willingness to share their stories. 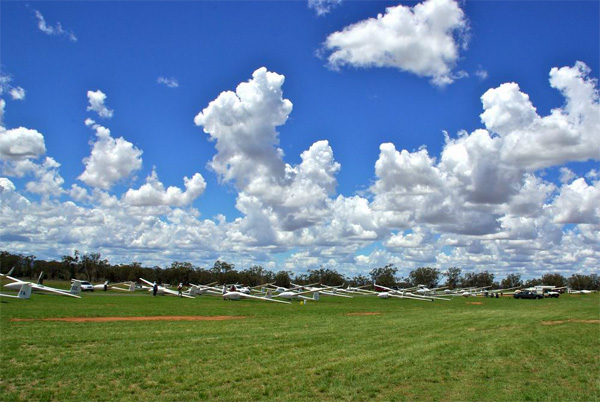 Nobody wants to unjustly sanction members for their involvement in an incident. Nobody wants to jeopardize organizational learning by threatening people who disclose their mistakes. Unreflectively or arbitrarily punitive regimes destroy the opportunity to report safety issues without fear of reprisal. This is why you want to put a ‘just culture’ policy or program in place. It might seem so simple. But justice, accountability and trust are all hugely difficult to define and agree on.

I wrote the first book ‘Just Culture’ in 2007. At the time, just culture was itself mostly understood in retributive terms. And we have come quite a distance since then. A retributive just culture tries to draw a line between what it will accept and what it won’t accept. If something happens that it won’t accept, it tries to assign proportional, fair consequences to whatever transgression was committed.

Real World Messiness
The idea is that it is simple to say what you won’t and will accept, and that it’s easy to recognize this in the messiness of events in the real world. As it turns out, this is far from simple. The supposed ‘line’ that a retributive just culture draws actually only exists after it has been drawn, not before.

It turns out that there actually is no such thing as ‘negligent behaviour’ because negligence is a legal judgment, not a psychological category. So you can judge behaviour to have been negligent if you are legally qualified, but even that isn’t so simple. Just look at the following definition:

Negligence is conduct that falls below the standard required as normal in the community. It applies to a person who fails to use the reasonable level of skill expected of a person engaged in that particular activity, whether by omitting to do something that a prudent and reasonable person would do in the circumstances or by doing something that no prudent or reasonable person would have done in the circumstances. To raise a question of negligence, there needs to be a duty of care on the person, and harm must be caused by the negligent action.

In other words, where there is a duty to exercise care, reasonable care must be taken to avoid acts or omissions which can reasonably be foreseen to be likely to cause harm to persons or property. If, as a result of a failure to act in this reasonably skillful way, harm/injury/damage is caused to a person or property, the person whose action caused the harm is negligent.

Judgement Calls
That makes it patently obvious, no? Of course it doesn’t. Because the definition itself is a whole series of judgement calls:

Just see if you, for your own flying, can – objectively, inarguably – define things like ‘normal in the community,’ ‘a reasonable level of skill,’ ‘a prudent person,’ or that you could achieve ‘a foresight that harm may likely result.’ What, really, is normal, prudent or reasonable – objectively and inarguably? Don’t we all want to improve safety precisely because the activity we are engaged in can result in harm? Of course, research has shown us a long time ago that once we know the outcome, we overestimate the amount of foresight we, or someone else, could and should have had.

What, Not Who
These are all judgement calls that someone will have to make. So who is that someone? It is not that we can’t, at some point, make these calls. But many of them will remain forever contested, also inside of gliding clubs. The important question, then, is who is going to make that judgement. Whom do you trust to do this fairly, equitably and well? Don’t count on CASA to be all those things. But what about your own training panel? Your CFI? The Regional Manager Ops?

Retributive just culture approaches are organised around finding out who did something wrong and how to deal with that individual, rather than asking what was responsible for things going wrong and how to fix that as a community. If the response focuses on the individual, the who, then underlying conditions that gave rise to the problem in the first place can be missed and left unaddressed.

In the next issue of Gliding Australia, we’ll look at the robust alternative to this kind of retributive just culture.