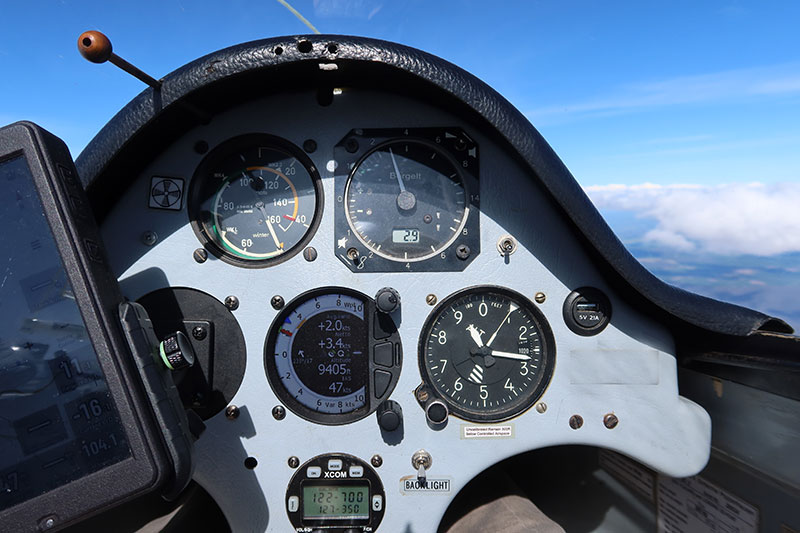 Studies were undertaken in the 1990s to determine for how long it was possible to concentrate continuously before the ability to concentrate deteriorated. The results were common to virtually all the people studied and it was considered to be an actual brain function that put a limit on continuous concentration. Since then, psychologists have analysed the results and accepted them as correct. * See note at end of article

It was found that continuous concentration was possible for about 30 minutes, after which slow degradation occurred. At 90 minutes, a person’s ability to concentrate quickly became almost useless, after which a period of about 15 minutes was needed to restore brain function. This time scale was common to different classes of participants. Perhaps this is the reason school study time is usually divided into 45 minute segments.

Concentration Deficit
On highways, we often see signs recommending and even offering free coffee to drivers to stop and have a break after no more than 2 hours driving, especially at holiday times. When driving on unfamiliar roads, far greater concentration is needed and we reach concentration deficit much sooner than if we are relaxed, as we do when we are driving in familiar circumstances. I guess research has shown that many accidents occur after two hours of driving. I am sure the same happens when flying. Unless we take measures to stop concentrating continuously, our decision making will be less than optimal.
We only allow a very low-hours pilot to fly for about an hour as they will be concentrating at high level on every aspect of their flying and exhaust their concentration ability quite soon. A maximum flight of one hour seems pretty right.

So how does all this relate to competitive glider flying, including speed or distance attempts? Many pilots do not realise that their ability to concentrate – that is, their ability to make the very best decisions – deteriorates well before their ability to fly in a competent manner. I have noted that our best pilots seem to be able to fly competitively for extended periods, even though they are subject to the same challenges. In competitions even one poor decision can mean the end of one’s hopes.
How often do we look back and wonder why we did not act differently when, in retrospect, the decision we should have made is obvious? As an example of relaxation, a friend flew with Ingo Renner, undeniably Australia’s best pilot, on a training cross country flight. They flew over a large wet irrigation area and my friend said to Ingo, “We have used over half our available height and do not have enough height left to fly out of this area, which seems devoid of lift.” Ingo said, “There will be lift”, and amused himself by chasing flies out the clear view window.

Time to Relax
So how can we minimise our concentration loss? Well before the competition starts, we often spend an hour waiting, often close to cloud base, in company with other gliders. Better pilots, knowing there is time to spare, take themselves well away from the other gliders until it close to the time to start.
They will start with their concentration allowance intact, whereas others will have used up about half of their natural quota. I have flown about six 1,000 km flights, each lasting about 10 hours of flying time, as well as many more taking slightly less time. How do I maintain concentration for that long?
Cruising between thermals takes over half of our time in the air. I choose a target, which might be 3km or 30km away, set the appropriate speed and have the audio vario only responding to lift. The sums show you are just as well off flying at a pretty constant speed through modest changes in lift or sink.
If diversions are planned to fly through what appears to be a better line of lift, and if the decision is made early enough, then not much extra distance is involved. But I don’t want to be distracted by having a variometer singing its song for hour after hour. Far better to be completely relaxed and then concentrate when the vario starts to give you a solid message. Some pilots on long flights make a conscious decision to positively relax about every hour for at least 5 minutes.

Recognising Stress
Many pilots do not realise the level of stress they are under and the extent to which it may affect their flying. Adopting measures that keeps you relaxed will improve your flying performance and safety, but they require positive action to implement.

I came across another example while flying in a national competition about 25 years ago with the competition director as a co-pilot for the day. I noted that we had been flying for an hour at close to 10,000 ft. and, as well as activating my oxygen supply, I asked my co-pilot if he would like his also turned on. He replied that he felt fresh and did not want oxygen. A couple of minutes later, I asked him to make a small calculation relating to height and distance to finish. After trying for some time he said he could not do it and asked for his oxygen to be turned on.

This was good example of a decline in mental capacity going unrecognised. A self test used in barometric chambers, used to show pilots the degradation of personal abilities associated with low oxygen levels, is to count back from 100 in steps of 3. Some glider pilots turn on oxygen at well below 10,000 ft, which works well with systems which vary oxygen delivery with height. Pilots tell me that they stay fresher when doing this.

Harry refers to an unidentified study that is over 30 years old. Here are some links to  more contemporary information

It is always essential to remain situationally aware and maintain a good lookout at ALL TIMES. 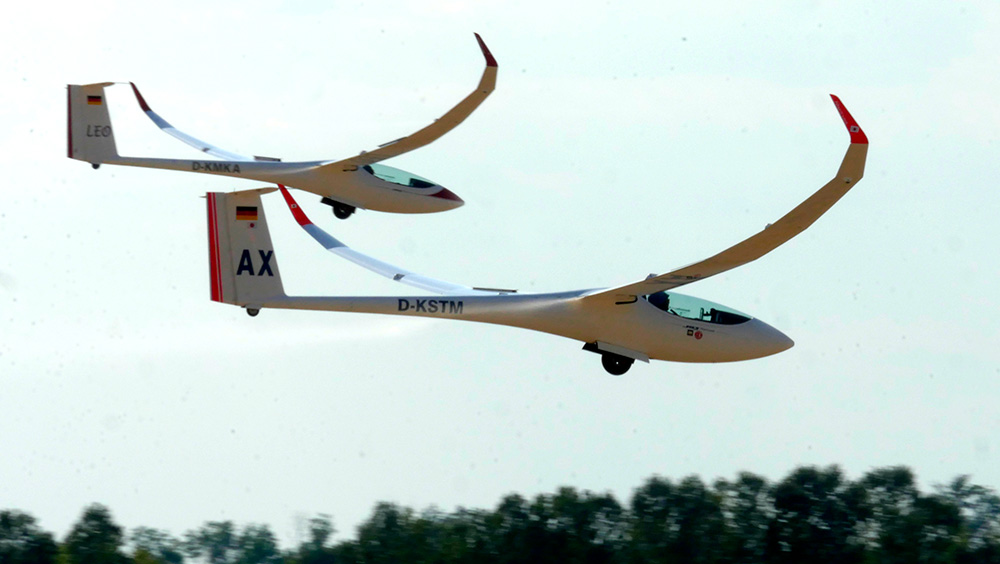 A mid air collision and the associated problem of successfully evacuating a damaged glider is always a concern to glider pilots, especially at competitions, which usually involve multiple gliders flying in close proximity. The statistics are not good. At 3,000 ft AGL, the success rate of exiting a glider and deploying a parachute is 50%. Below that it quickly reduces and by circuit height the survival rate is almost nil unless a pilot evacuation system has been installed.

Allan Barnes and I flew in the recent 20m World Gliding Competition at Szeged in Hungary. Here are some interesting observations.
Despite over 80 gliders launched in not much over an hour, with a total of about 4,000 launches and landings by gliders and tugs undertaken by the end, there were no flying accidents and the only account of damage was when a glider on landing roll ran over a small obstacle, resulting in some repairable undercarriage damage. I had entered the competition with some trepidation, having heard tales of aggressive flying in European competitions.

Taking Safety Seriously
Our experience in the 20m Two-Seater Class was that pilots in or joining thermals, which sometimes comprised ten or more gliders, were invariably careful and avoided difficult situations. Likewise the daily briefings, led by a safety officer, were constructive and pilots appeared to pay full attention. At registration inspection, all gliders had to have their Flarms operation checked, and pilots had to physically demonstrate that they could exit a glider wearing a parachute in about 12 seconds or less.
Pilots took safety seriously. As an example, at a team captains meetings the point was raised that some tasks were close to out-and-return, which is not generally considered to be in the interest of safety. The problem was that the task area was constricted by airspace limitations and it was difficult to task gliders and avoid out and return legs. The accident reported in the recent Junior Worlds appeared to be caused by tasking gliders flying from different sites, to fly in opposing directions.
Pilots at Szegec were asked to report close encounters. These were evaluated and sometimes the traces were displayed on a large screen during briefing. The safety officer at the last briefing expressed his dismay that the only penalty that could be imposed was based on the evaluation of whether the incident could be classed as dangerous flying, which is a judgment subject to argument.

The safety officer suggested
1. In the same manner as penalties are applied if a glider crosses the clearly defined lines for airspace infringement, a specific distance for glider separation should be noted and gliders in breach of this distance should be evaluated for possible dangerous flying
2. Gliders judged to have flown once in a dangerous manner should possibly have a predetermined penalty applied. Following a second infringement, the pilot would be removed from the competition.
3. Pilots knew who the cowboys were and team captains should report them to their local authorities to ensure that these pilots were not considered to represent their country.
It might sound a bit harsh but the safety officer had looked at safety breaches during the competition and was dismayed at some close calls. He noted the organisation was unable to apply definitive penalties that would not be subject to evaluation and appeal. These points are worthy of consideration by Australian authorities.

Use of Flarms
A few separate comments are due regarding the use of Flarms. The manufacturers are well aware that the radio signal used by Flarms cannot penetrate a glider’s carbon fibre structure. This results in a large area under a glider which is a blind spot for Flarm reception as well as pilot visibility. PowerFlarm have taken care of this shortcoming by providing a second terminal on the unit. This connection is receive only, in contrast to the main aerial fitted to the top side of the glider, which is both transmit and receive.

The glider we hired in Hungary had an additional short aerial fitted just behind the undercarriage doors and was easily removable for glider transport. This added safety feature should cost no more than about $30 for a short aerial and coax cable connecting it to the PowerFlarm unit.

I have been involved in situations where no Flarm reception was available due to this blind spot. Absence of pilot or Flarm visibility combined with a high rate of reduction of relative altitude resulted in an adverse situation. This can be extremely dangerous in the circuit area where we have high rates of vertical change with tugs on descent rates of up to 2,000 ft/minute and glider / tug combinations climbing at about 600 ft/min.

Circuit Areas and Accidents
My personal view is that the fitting of a low-cost second aerial to gliders with provision for one should be mandatory. I have suggested we should have a nominated areas for glider launching and tug descent at airfields in much the same way as we use a nominated area for spin training so that pilots can avoid this area. When giving his rolling call, the tug pilot would announce his intentions.

Statistics both here and overseas indicate that circuit areas are a major source of accidents. The launching procedure at Australian competitions is usually very thoughtful and a credit to the organisers and tug pilots.
Safety should be about identifying possible causes of accidents rather than reacting afterwards.