All aircraft begin to deteriorate as soon as it is manufactured. Generally the rate of deterioration is very slow at first, but the resulting damage is cumulative and the deterioration accelerates with age. The term aging aircraft is usually applied to aircraft as they near or exceed the original design life. For many general aviation aircraft, the design life was 20 years. That is the designer only had to consider the effect of aging out to 20 years of life. This concept also applied to a few sailplanes as well, like the IS-28B2 which had an original design life of 35 years. It may be a surprise to many that the average age of sailplanes with a current Form 2 (at the time of writing) is 36 years old and that many designers of fiberglass aircraft in the 1970s did not anticipate their aircraft to still be operating after such a long period of time.

Figure 1: Sailplanes with a current Form 2 by build year. The spike at 1977 is due to the tremendous influx of first generation fibreglass types (eg Libelle, Std Cirrus, LS-1, DG-100) at the time.

In the world-wide aviation community, many significant issues arising from aircraft age have not been recognised and addressed until after accidents (sometimes fatal) had occurred. More recently though, the general principles of system deterioration, which affect all older aircraft, are receiving renewed attention. This results in pre-emptive inspections rather than reactive inspections. These pre-emptive inspections are intended to find the problem on the ground rather than to find the problem in flight.

Aging aircraft discussions often include fatigue which is based on flying hours rather than calendar life. An aircraft with a high usage rate will consume its fatigue life in as little as 10 years. However, in Australia, the average sailplane flying rate is very low – just under 80 hours per year. Early fiberglass (FRP) sailplanes typically get surveyed at 3,000 hrs. It takes the average first generation FRP sailplane almost 38 years to get to the first survey. Just under half of the sailplanes built in 1977 (ie 44 years old) from Figure 1 have yet to reach 3,000 hrs and undergo a survey. Many of these sailplanes may have spent extended periods stored in trailers.
This problem will get worse as many of the later FRP sailplanes have surveys at around 6,000 hrs. Many of these aircraft will take 76 years to get there!

Figure 2: Aircraft Hours versus Age. Many first generation FRP sailplanes have yet to undergo a survey due to the low flying rate.

The Environment
One of the biggest factors in the rate of deterioration is the environment in which the sailplane is operated and stored.

Large temperature swings can affect where different materials are bonded together.
The different thermal expansion rates can cause disbonds. Extremely high temperatures (hot days in trailers) can soften resins and allow plastic deformation.

Temperatures below freezing will cause moisture to turn to ice. Where this moisture is trapped between surfaces eg in crevices and cracks, the expansion of the ice will wedge the surfaces further apart. FRP sailplanes outside in rain or heavy dew that later freezes can be susceptible to widespread gelcoat damage if the water gets into pores and micro cracks and then expands into ice crystals.
Exposure to moisture, particularly due to leaking trailers and hangars, is famous for causing corrosion problems.

The ultraviolet light component of sunlight is well known to cause breakdown of synthetic materials including cockpit harnesses and structural resins. UV light will also break down paint coatings and leave the metal underneath vulnerable to corrosion.

Salt is not just a problem for coastal regions. Australian soils are well known to be affected by salt – notably in South Australia and Western Australia. This means that metal components exposed to dirt and dust from higher salinity soils are at greater risk of corrosion. Similar applies to soil acidity / alkalinity where more extreme pH soils will deteriorate paint coatings and then cause metal corrosion.
Atmospheric pollution (smog) when dissolved into water will form weak acidic solutions. Again, the acid solutions will attack paint coatings and cause metal corrosion. There are several clubs operating near major capital cities who may have higher risks in this regard.

The recent mouse plague has highlighted a couple of airworthiness issues. Mouse plagues happen periodically in Australia. Mice love to gnaw on things. Whilst they are less likely to gnaw on fiberglass than wood for example, they have been known to cause physical damage to the aircraft structure. Possibly a greater concern is mice gnawing on pneumatic tubing, but the instrument failures are typically found during the daily inspection. There is even a story of mice gnawing the bottom corner of the plastic casing of a lead acid battery till it broke through and the acid drained out – the acid damage was considerable, but the fate of the rodent was undetermined. A rodent nest in the aircraft can have lead to other problems as the urine is quite acidic and will cause corrosion damage to metal components.

Things to Look For At The Form 2
Because of the low flying hours, fatigue cracking can be ignored and corrosion of metal components becomes the most serious risk. Corrosion is calendar based and not flight time based like fatigue. Corrosion happens around the clock, independent on whether the aircraft is flying or not. The highest risk in aging aircraft are components in areas that are not easy to get to - hence they are not usually inspected. Corrosion of pushrods was highlighted in AD 688. Whilst this was an extreme case due to the highly acidic nature of the contaminant, similar can occur in other out of the way places like pushrods, bell cranks and mechanisms inside the wing and the vertical fin (see EASA AD 2020-0138 for Grob Astir and Twin Astir aircraft). 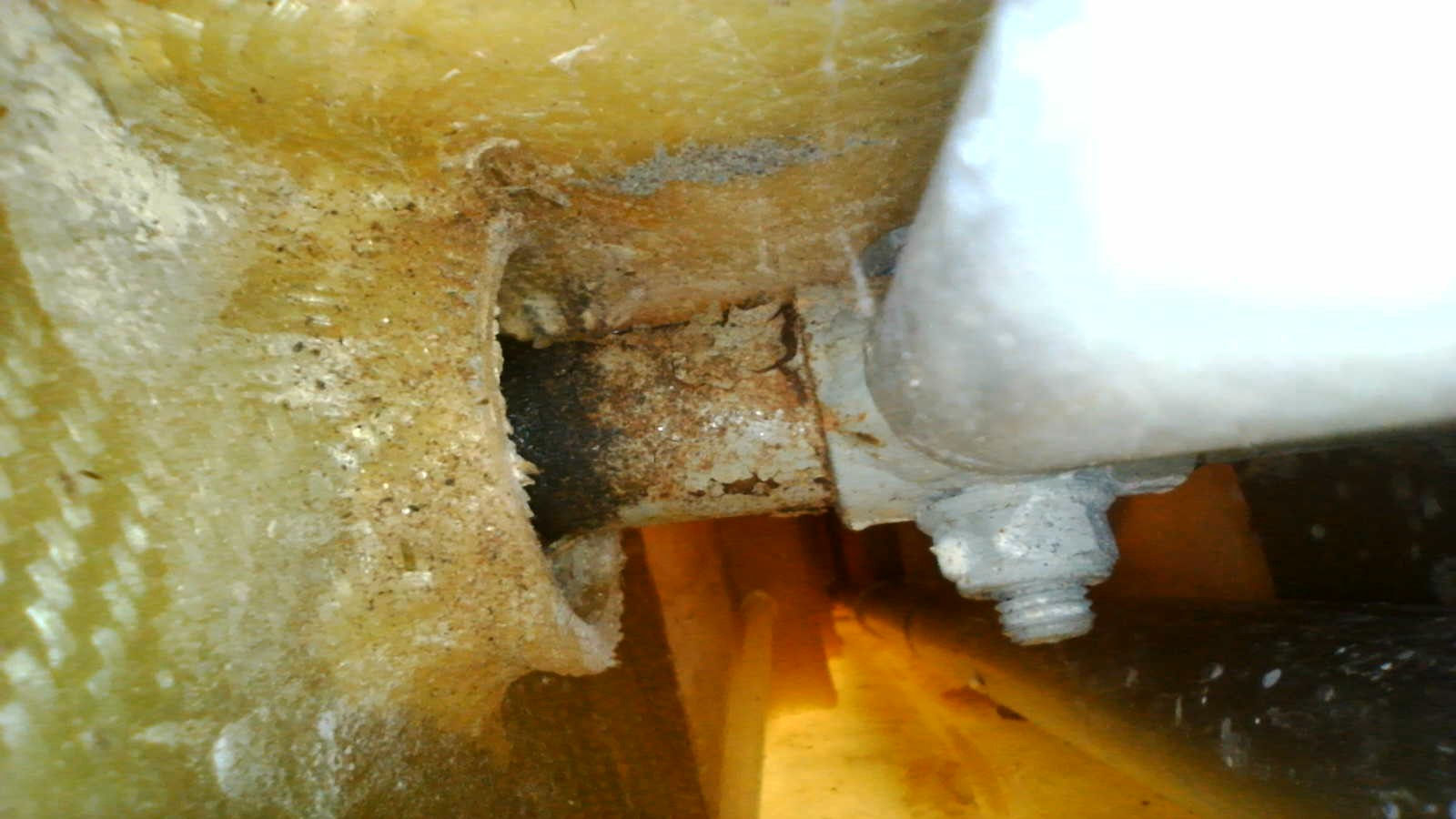 Figure 3: Deteriorated paint and corrosion on the elevator torque tube in the fin of a Standard Libelle.

Some examples of these new generation inspection cameras are:
Depstech WF060 8MP endoscope
OiiWAK 12 MP wireless endoscope
Deterioration of exterior coatings, like gelcoat, will result in damage to the underlying structure. Ultraviolet light will penetrate the cracks and will damage the resin underneath. If left unchecked, this will result in significant repair work being needed.

Delamination can be caused by simple knocks to the structure during flying, ground handling, or hangar and trailer rash will gradually grow in size. In general, the larger the delaminated area, the faster it will grow: either in a similar way to metal fatigue with cycles of applied stress, or the same thing happening in the same place repeatedly (eg in the hangar or trailer). Delaminated areas may become critical as it allows the skin to buckle at much lower stresses. Delaminations around the cockpit can have a significant effect on the protection of the pilot(s) in the event of a crash.

Management
One of the key components to managing aging aircraft is the annual inspector being diligent and being prepared to explore further. Older aircraft require a greater degree of thoroughness. Just performing the basic inspection is liable to repeatedly miss potential problem areas. Be pre-emptive and look a little further or in different areas that aren’t usually inspected.
Report any defect to the CTO-A. This may result in airworthiness advice being passed on to other owners / operators of the type, as well as the manufacturer / type certificate holder. Reporting the defect before it becomes a problem in flight may well save someone’s life.