Over the last few years, there have been several reports of uncommanded release events during aerotow with sailplanes fitted with the TOST E22 nose release. This has resulted in the GFA Airworthiness Department issuing Airworthiness Alert 2022-1.
The TOST E22 nose release is a compact and lightweight nose release used in many modern sailplanes. The small size of the release results in the mechanism not fully closing the beak. Measurements show that the gap between the beak and the edge of the side plate slots is approximately 3mm. Testing has demonstrated that worn tow rings can wedge themselves past the closed beak. 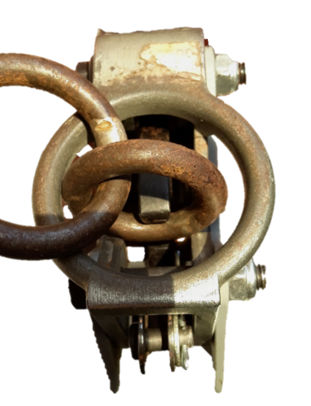 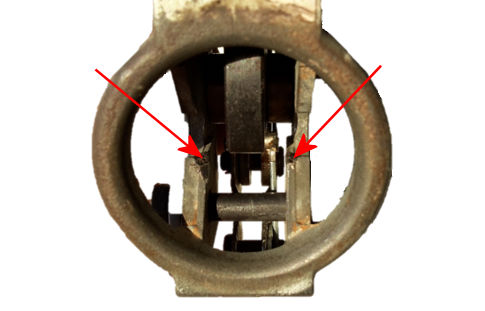 Figure 2: Example of damage to the inside corners of the side plates
Advice from TOST states that the minimum ring size to be used with the E22 release is 6.7 mm. Unfortunately, this is also the minimum size of new rings. So, according to TOST, there is zero tolerance for wear or erosion of the small ring when using the E22 release. Consequently, operators should be routinely checking the wear on the aerotow rings if sailplanes with the E22 release are participating.

WEAR PROTECTION
Some clubs have gone to great lengths to develop systems to reduce ring wear. These clubs typically operate off bitumen runways which are very abrasive on the rings when the tow plane lands or taxis. These ring protection systems usually consist of a sleeve or cone which is threaded onto the tow rope which slides back under air pressure to cover the rings after the sailplane has released.

At present there is no regulation governing the use of ring protection systems and GFA approval is unnecessary. However, any operation wanting to use such a system would need to assess the inherent risks of malfunctions and glider impacts in accordance with their Safety Management System. Such assessments should consider the environment they operate in (or are likely to operate in if they visit other airfields) like obstacles on approach to their runways, the potential for airframe damage (particularly for sailplanes using a compromise belly release ie dual function aerotow and winch release), and any possible injury to persons on the ground.