Is Pilot Insecurity a Problem at Your Club? 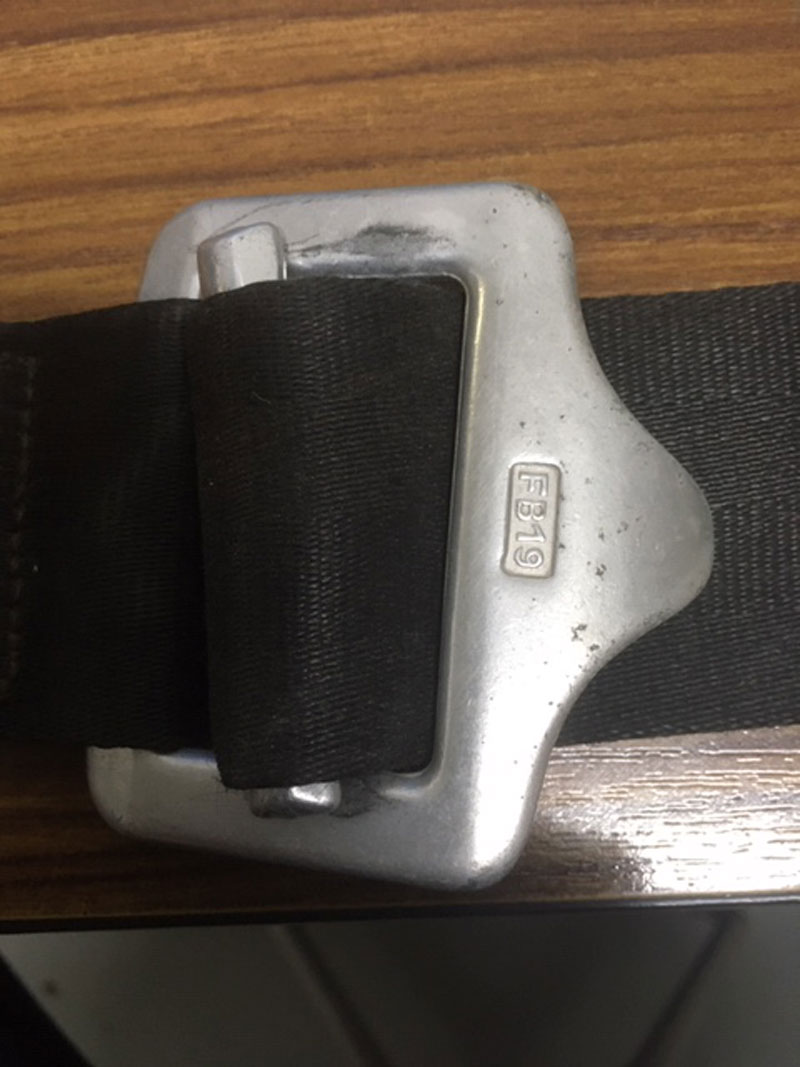 Is Pilot Insecurity a Problem at Your Club?

A pilot in a single seat aircraft encountered turbulence while returning to the airfield on a high speed final glide. The left hand lap-strap of the harness came loose and the pilot struck his head on the canopy. The pilot was unable to retighten the lap strap despite a number of attempts. The pilot reduced speed to minimise the effect of the turbulence and landed safely.

After the flight, the harness was examined by an annual inspector who identified the thin wire spring tensioner in the adjustment mechanism that supplies tension to the buckle cross bar was dislodged, allowing the webbing to move freely within the buckle (see photos below), and was unable to maintain tension.

The inspector removed the buckle end strap from the adjuster, and the spring was removed and inspected for damage. No damage was found and the spring was securely refitted. The inspector noted the spring is a firm fit and worked as intended. The reason why the spring came loose could not be identified. However, it is believed the failure was likely to have occurred before the Daily Inspection was conducted. 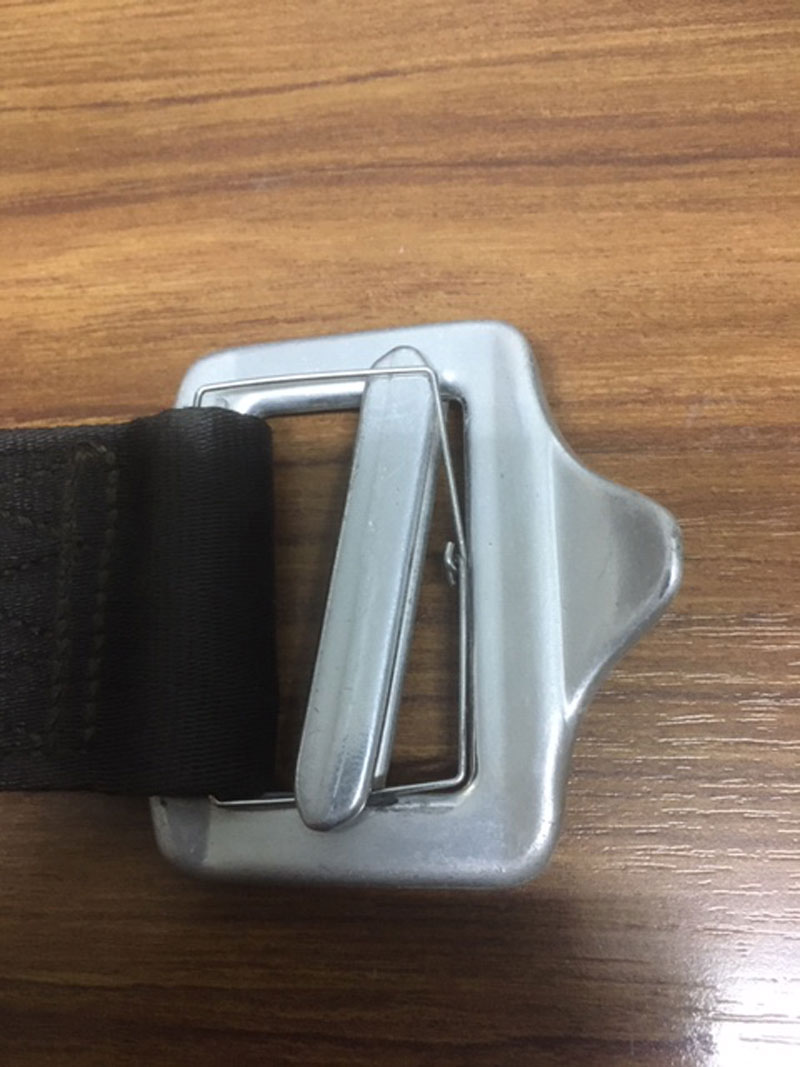 During a Daily Inspection on a club two seat training aircraft it was discovered that the rear seat left hand lap strap would disengage from the rotary buckle under applied load. After demonstrating that the problem was repeatable and confined to the one harness, the rear seat harness was removed and the aircraft used for solo flying only.

Investigation afterwards revealed that both the front and rear harness had been incorrectly assembled after a recent Annual Inspection. At the end of the Inspection, a shoulder strap from the front seat had been fitted to the lap strap of the rear seat and vice versa as shown in the photos below. 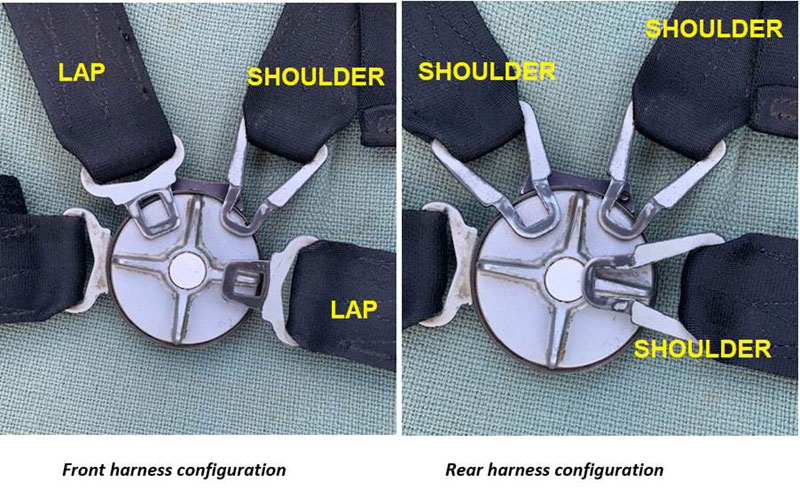 While it wasn’t immediately obvious on the rear harness, as all the fittings looked the same, it should have been immediately obvious on the front seat harness as there was clearly a mismatched fitting. Of concern is the fact that the aircraft had been returned to service two weeks earlier, had dual Daily Inspection checks on the first day and had several Daily Inspections afterwards before the fault was discovered.

The harness must be able to perform its function of securing the pilot in flight against turbulence and manoeuvring or aerobatic loads, and protecting the pilot against deceleration and sliding underneath the harness in the event of a crash. If a Daily Inspector believes that anything might detract from the ability of a harness to perform these functions, the glider should not be flown.

How secure are you feeling in the cockpit?

Anthony Smith
Chair Airworthiness Department
This email address is being protected from spambots. You need JavaScript enabled to view it.