Horsham Week has been run continuously at the Horsham Aerodrome for the last 55 years. It is recognised as a training ground for pilots who haven’t had a lot of competition experience, and who wish to increase their skills in a safe soaring environment. 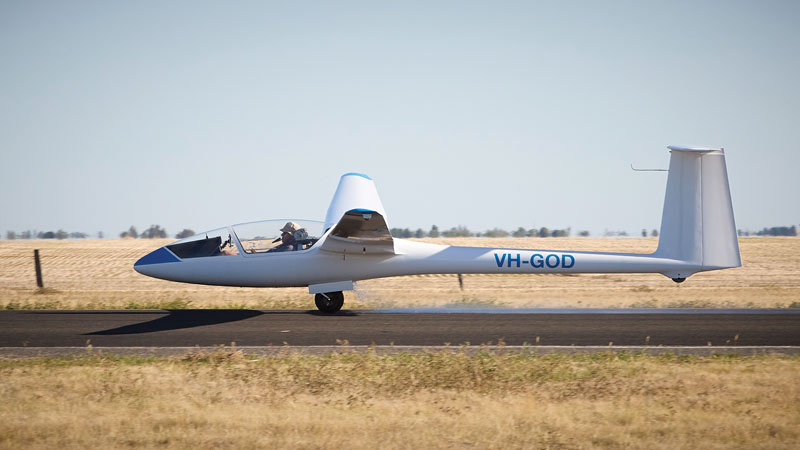 Experienced pilots are willing to share their knowledge in friendly competition enabling lower hours pilots to learn from them. The competition organisers are keen for all who attend to learn all aspects in preparing for and flying competitions.

It is well known that Horsham is an excellent area for gliding with many suitable outlying paddocks in the tasking area, good weather conditions and good facilities. While the flat plains of the Wimmera/Mallee generate great thermal conditions, the Grampians Mountain Range to the south and Mount Arapilies to the west of Horsham, provide different terrain for flights and wave can also be experienced. 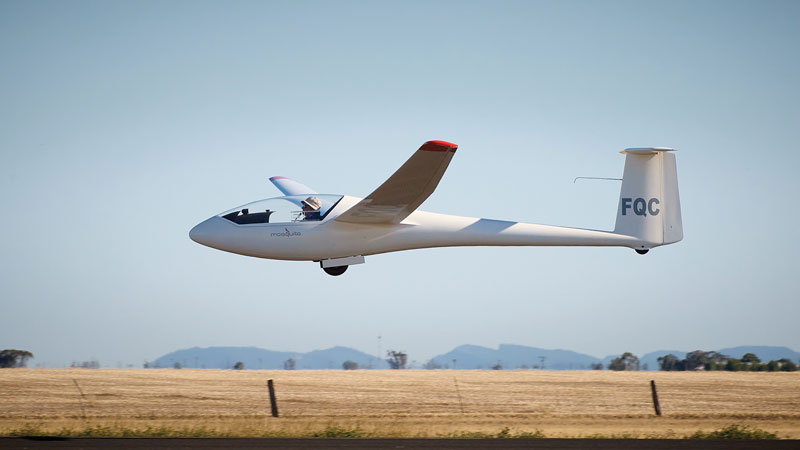 They say enthusiasm is infectious. Well, at Horsham in early February, an almost full field of enthusiastic glider pilots gathered for the start of Horsham Week Gliding competition. Led by Competition Director Bruce Cowan and the capable Horsham Week Team, everyone was looking at flying fast courses, long distances, and ten knot thermals!

The Horsham Flying Club, who host the event, had spent weeks preparing their facilities for a Covid-safe event and their efforts were clearly seen. The runways, taxi ways and tie down areas were all well grassed and properly manicured by Horsham City Council, making for a potentially great week of soaring.

The VSA Cross Country Coaching class held at Horsham one week earlier, with Mike Durant in charge, was attended to capacity with plenty of optimism from students and instructors, and was very successful. The scene was set for a great competition.
Influenced by some tropical activity conditions – cool, windy and a short launch window – Open/18m and 15m/Standard classes were the only classes to launch on Day One. 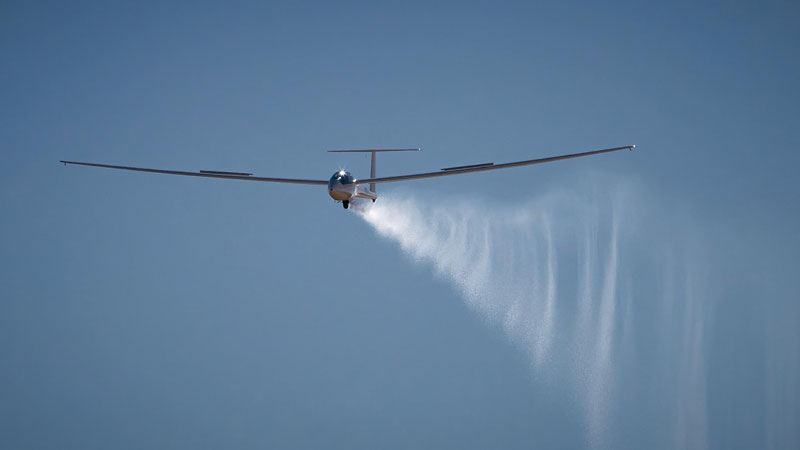 The first day of the competition was mostly overcast with thermals going to 4-5,000ft and a strong south easterly wind. All gliders made it round with reasonable average speeds, and everyone agreed the day was better than it looked from the ground. The following day was cancelled due to poorer weather conditions.
Day Three was flyable with a strengthening southerly and a forecast of thermals rising to 4-5,000ft. This time, all classes were launched and some pilots found the conditions very tough. The day turned out to be a real challenge for all concerned, some making it around and others out landing at various spots around the circuit.

As one experienced pilot said later upon arrival home, it was the toughest day he had flown for 30 years, but it was very rewarding to complete the course.

Day Four was still with a south easterly wind, but less wind strength. A blue day saw some good flying and all classes made it home.
Day Five promised to be a very good day and lived up to its prediction. A mostly blue day with thermals going 6-8000ft and, for the Open Class on their second leg, cumulus cloud for two-thirds of the time.

Some real glider racing was had in all classes with less than 3km/hr separating the first four in Open Class over the 500km-plus course. All classes made it around the course with Open flying 553km, 15m/Std 464km and Club Class flying a 3.5hr AAT 244 – 434km. 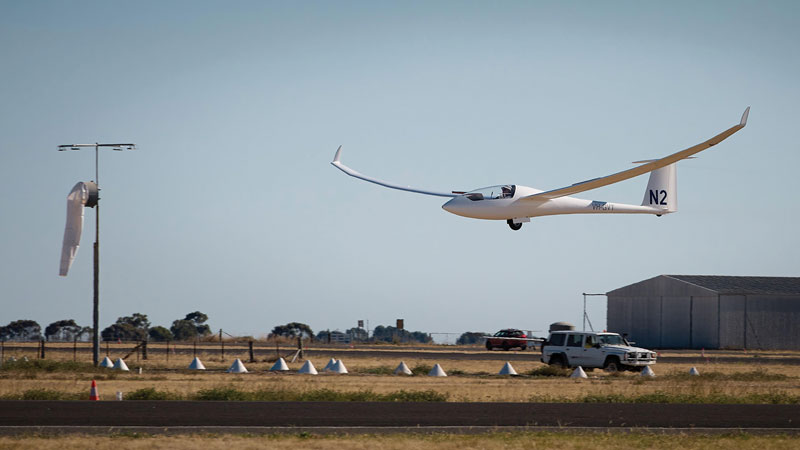 The next day with a strong northerly and high fire danger was cancelled. A bus trip was organised in the afternoon through the little desert to the Aviation Museum and Vintage Machinery Museum at Nhill, followed by an evening meal at the Dimboola Hotel, which was well supported. It made a great day to see some local history from the Wimmera and surrounds as well as a first hand view of the Little Desert area that many of the pilots fly over from time to time.

Day Six was quite flyable with forecast heights of 4-5000ft. All pilots were keen to go soaring today after a good day on Wednesday and a break on Thursday.

All classes were set tasks and lined up on the grid with the Club Class in the process of being launched when at 1pm the Premier of Victoria made his announcement to lock down the state from 11.59pm that night. 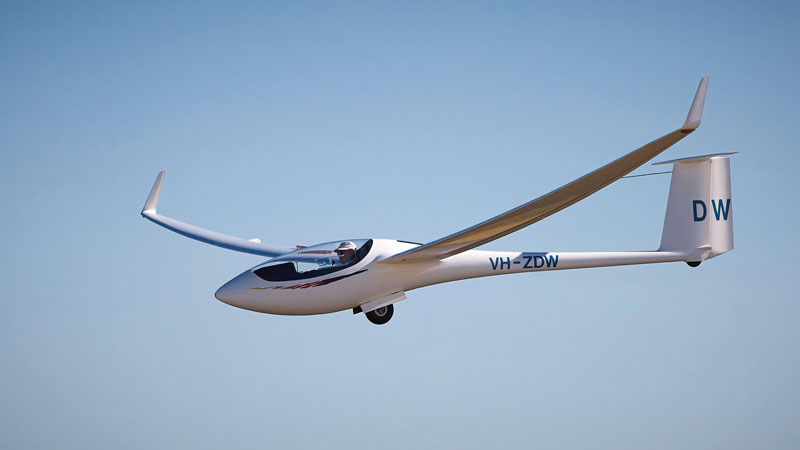 Competition Director Bruce Cowan had no option but to cease all operations and declare an end to Horsham Week 2021. This allowed all pilots to de-rig their gliders and travel home before midnight.

With everybody missing out on two days’ competition flying, it was a disappointing end to an otherwise successful Horsham Week. There is a real sense of unfinished business among the pilots and many are keen to resume their flying next year, rekindle friendships that were cut short and enjoy the Wimmera skies again.

As a result, Horsham Week will be on again in 2022 with a new Competition Director, Selwyn Ellis, and a good team of pilots making up his committee. Make it your aim next year – keep 5 to 12 February 2022 free and mark it on your calendar for another safe and friendly Horsham Week.