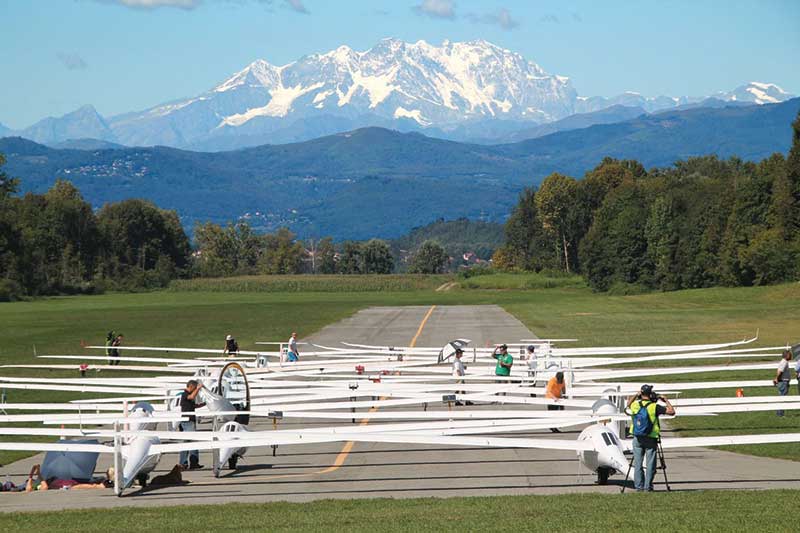 After finishing third in the World Gliding Championships 15m Class, Matthew Scutter continued his European adventure into Italy to defend the eGlide championship title that he won last year. Here is Mathew’s story.

How to follow up 21 days of gruelling flying?
Another 10 days of flying!

After flying at the WGC Montluçon-Guéret I continued into Bruschal in Germany where, thanks to the very generous Holger Back of DG, I have an immaculate LS8 Neo-FES to defend my title with at the e3Glide contest in Varese, north of Milan in Italy.

Varese has a really nice vibe to it, a beautiful lake and town with spectacular vistas of the Alps to the north.

I've only done limited flying in the mountains, enough that I feel safe flying cross country among them, but I've never raced in them, so I feel a little on the backfoot again. The possibility of using the FES during the race adds a lot of comfort as, instead of waiting until you get into a bad situation and relying on the engine to get you out of it, you can use it earlier on to prevent a bad situation developing.

The tactics for optimal energy usage will certainly be totally different in the mountains compared to the flatlands last year, and that's exactly what makes eGlide interesting - it's like flying before MacCready theory, where no one really knows what's optimal and it's as much a race of figuring out the optimal overarching strategy as it is of day-to-day gliding. 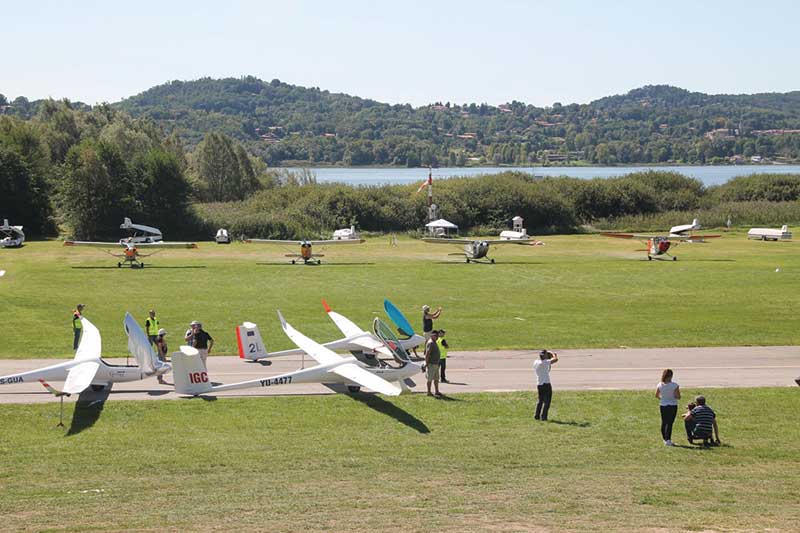 GOOD START
The first day was a good start for me. If the scoring looks confusing, it's because it's elapsed time showing minutes behind the leader. In the next days, the slower pilots need to catch up by that many minutes.

The task was along the route I'd flown on the three practice days, while most of the competitors had arrived just for the last practice day. So, unusually, I had a bit of local knowledge about where to stay high. I selected what I thought was the best glider to play the handicap game, and used that to full advantage, hanging back going into turns and staying high coming out of them. Unfortunately, they are planning to change the handicap system tomorrow to also include energy relative to weight, which will make things a bit harder for me in days going forward.

Mixed Bag
We had a complete mixed bag today, with blue and weak conditions at the start, blundering into rough and broken rotor, even a little bit of wave, into regular cumulus and eventually into weak blue again.

I thought the majority of the gaggle was going to outland or flatten their batteries at the first turn while Luka and I climbed high in the rotor behind, but they seem to have actually got away and climbed into the wave, getting the jump ahead. I almost caught them before getting my own wave climb behind them, but I finally got caught by the variable turnpoint system - usually, I turn shorter being in a lower performance glider, but the only climbs were deeper inside the sector so I was forced to go in with them and almost fell off the bottom. It can go the other way too, though, and so far I've been luckier than not.

I dropped all my water so that I’d be able to engine more efficiently to catch onto the back of them again, even though it would make for a slower final glide and commit to finishing behind. Pilots ahead were pushing much too aggressively and I was able to get a bit of a jump on all but a lucky couple of them.
The maximum time of 20 minutes behind the leader really minimises the penalty for errors (too much?) so everyone is still in the game. 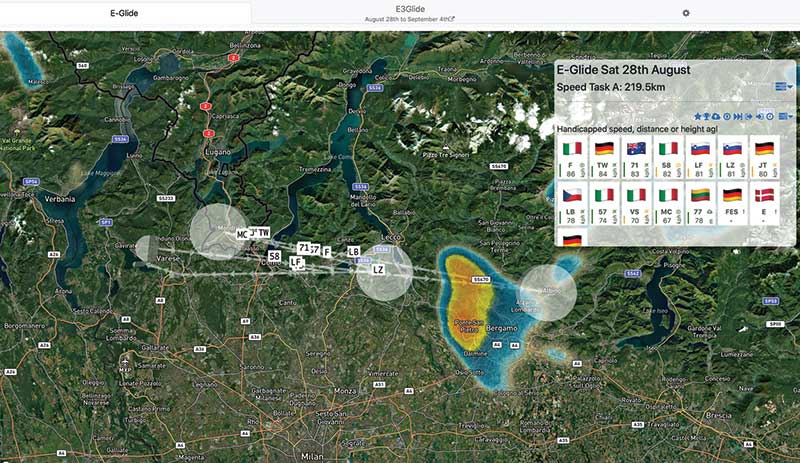 I may not know a lot about mountain flying, but I have up until now at least had the edge of having flown eGlide before and knowing what strategies work for using energy and which don't. My competitors have been learning quickly though and it's been getting much harder every day to keep up!

Today I was pipped on the finish line by a few seconds by a local pilot, Alberto Sironi, but I'm not too concerned as winning days is not the goal anymore. Instead, it’s just a mtter of keeping headroom on the two Slovenian pilots close behind me who are experts in both mountain flying and engine management.

In my opinion, the most naive strategies are either holding onto the energy until it's needed to save you from a low point, or to hold onto it right until the end of the flight and use it to get a jump on the gliders around you. My strategy last year was to instead use the FES on low power all through the flight whenever I was climbing, basically standard Macready theory with boosted climbs. But due to both the mountains and also to learning from watching the new strategies my opponents are coming up with, I've come to the conclusion that this may not be the right strategy after all, and I'm coming up with a new theory of engine management.

This is exactly what makes this contest so interesting – there is no textbook that tells you how to make optimal use of your energy. We're really working together to discover between us what the equivalent of 'Macready theory' in e-gliding is. 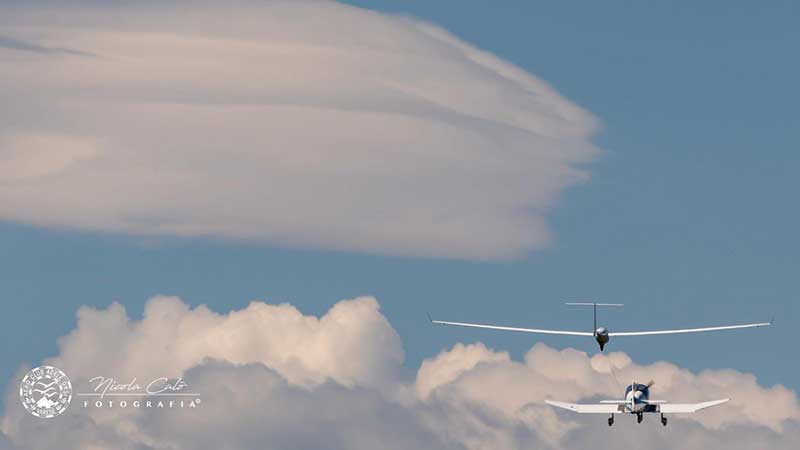 The Good and the Bad

After winning the next day, I went from hero to zero. It was a tricky day with a lot going against me. The variable-sized turnpoint handicapping all fell in awkward locations for my handicap today, with the safest choice being to continue into the turn past my radius to the same place as where the higher performance gliders would turn so as to better align with the terrain and cumulus.

I thought I'd be able to get away with turning short and using a little bit of engine instead, but it ended up consuming a very large amount of energy and I actually ran out of my allocation less than halfway around the task. I then arrived very low on a difficult ridge and had a real scramble to get back up again, losing 40km on the leaders.

The cloud bases were just above the tops of the ridges, which made several of the glides from one ridge to another a real test of best glide performance. Since I was flying in the second-lowest performance glider here, that made for quite a struggle to reconnect each time.

I almost just went directly home when I ran out of my energy allotment - the rules say you won't be scored as slower than 20 minutes behind the leaders, but that doesn't include penalties for a low finish or excess energy consumption with the engine, which creates a whole set of perverse considerations.

If I continued with the task and needed to use the engine to return home, I would instead either need to actually outland, or break airspace to virtually outland before using the engine, in order to not accrue penalty time for engine overuse.

I wanted to keep going with the task though, in case I was lucky and was able to pull myself less than 20 minutes behind the leaders.

Ultimately, I decided I would try my luck pushing on with the task. I hope the IGC gives the rules some more thought and closer attention for next year.

Going into today, I had a significant lead that has been whittled down to a razor-thin margin. I hope to try and defend that tomorrow on what could be the last flying day, as Friday looks uncertain.

The next day was the strongest, most consistent day of the contest, which gave the little LS8 a bit of a challenge with the V3s comfortably out-gliding me at the 180kph+ cruise speeds. I quickly fell behind but made some better routing decisions and was able to pickup stronger climbs behind to stay attached without using too much energy, then instead use it where it counted most to top up a few weaker climbs.

It was the first day of the new handicapping today, which now gives the double seaters 50% more energy, so I expected strong competition from Luka and he did not disappoint, with a close race to the finish. 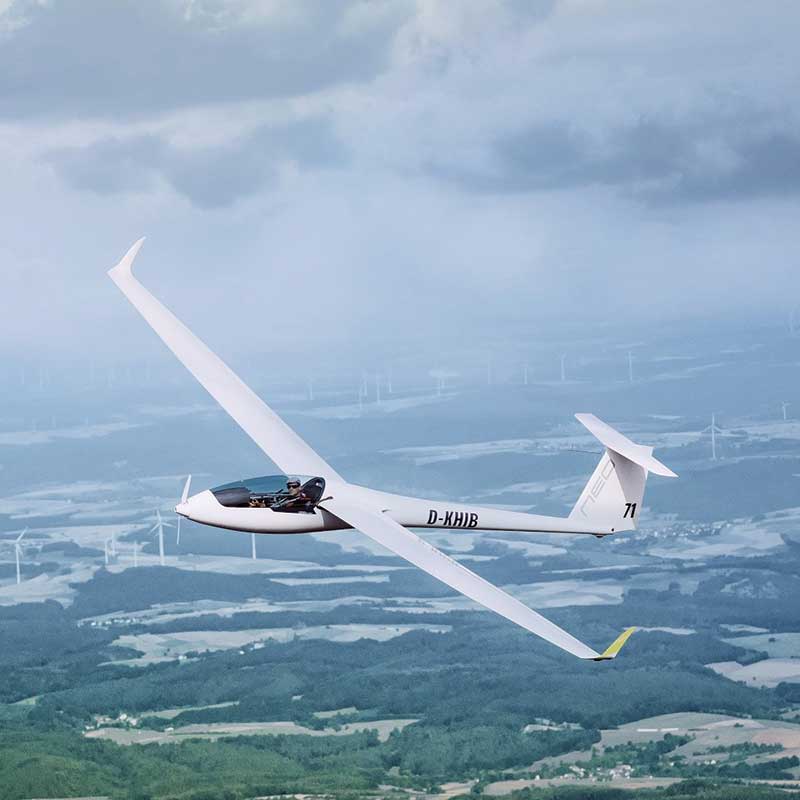 We had yet another flying day yesterday, making 10/10 flying days in a row for me and permitting me to defend my title.

Varese is an extraordinarily diverse and challenging site to fly, but the eGlide concept makes it possible for even beginner mountain pilots to compete effectively as most mistakes can be papered over with a bit of engine time.

The dynamics of the event were totally different to last year, when we needed our engines just to stay airborne. Here, however, we were using them for strategic and speed advancement and never actually needed them. The ability to use them proactively greatly increases the safety in the mountains with much less time spend grovelling below the tops or squeaking over passes, and it becomes a good concept to teach mountain flying.

The contest becomes more about medium- to long-term strategy rather than sequences of perfect short-term decision making that normally dominates flying in the mountains. I think the key decisions for me were coming four days early to familiarise myself with the task area, and bringing such a viceless and forgiving glider that gave me versatility in all the types of weather we had. I was really happy with how I was flying, with only one major error through the week that the scoring system let me get away with.

Thanks to the organizers for running a great contest, to Holger at DG Group for lending me his beautiful LS8e Neo, and everyone else who supported me to get here! 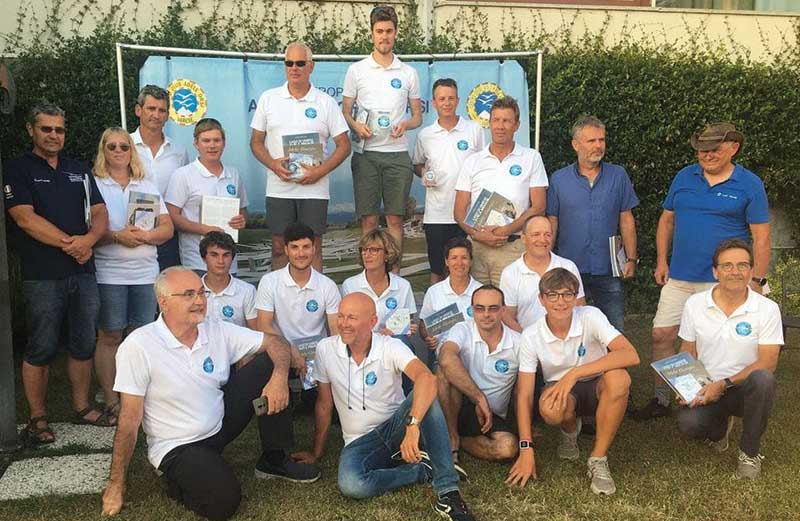