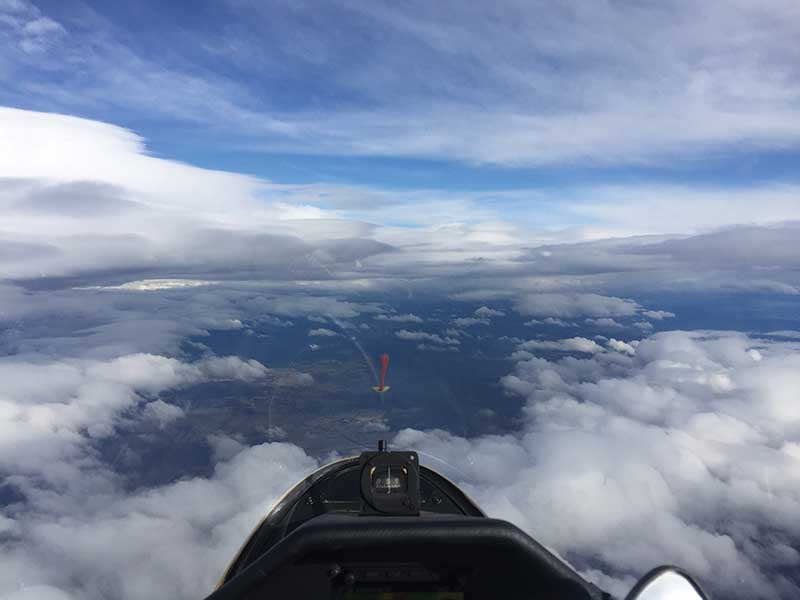 For a while, I’ve felt that the distance possibilities out of Bunyan airfield have been underrated. I now believe that Bunyan gives us an airfield in Australia where we can fly cross country at speeds similar to those achieved in New Zealand or the Rockies and, on the right day, we can fly 1,200km in the middle of winter.

We reached the point where club members were flying 300km and more on most wave days rather than just climbing to height. In the last few years, flights of around 600-700km had been flown at speeds between 130 and 200kph. But the question remained for me, how much more was possible?

Tuesday 20 July looked promising but was forecast to have a lot of moisture with an incoming front adding further moisture later in the day. On leaving Canberra in darkness, the moisture was certainly there and I drove south in heavy rain for 30 minutes before there was any sign of a break in the solid cloud. On arrival at 08:30, the day looked very much like a UK wave day – dirty low clouds, lots of moisture and small gaps. 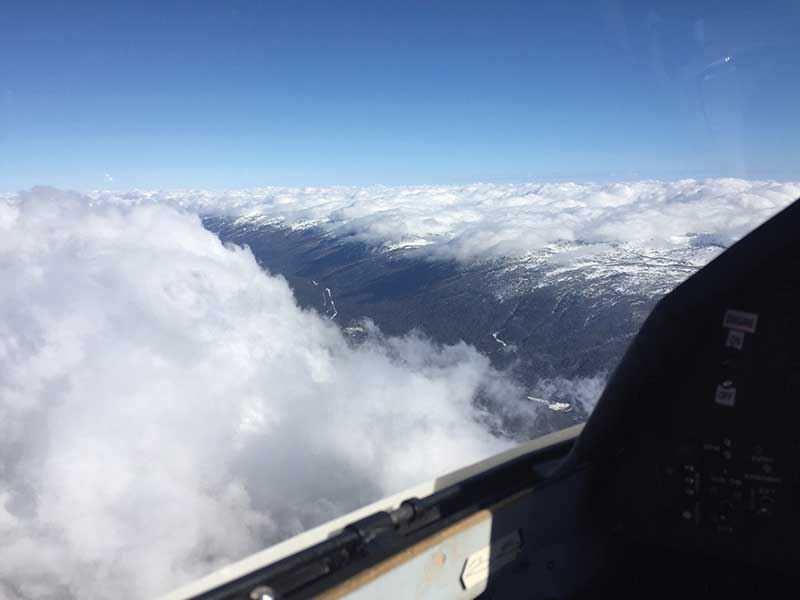 A cloud edge to the West over the hills stayed reasonably stable and was the edge we went to on launch two hours later, but the more normal contact point near the round irrigation paddocks just to the North was unstable. The edge would form for a while, then drift downwind, then re-form. Canberra itself stayed rainy most of the day and the showers bleeding across the range could be seen to the north of the Monaro Valley prior to launch.

Indeed, rain was visible along the full length of the range but, true to the SkySight forecast, the wave was killing it and the valley stayed mainly dry. However, the day didn’t look great and we weren’t in a rush to get into the air.

Upon launch at 10:50 the nice Mr Wilson towed me west to the hills. Cloud base was now around 6,000ft (airfield 2,500ft AMSL) and there was a good lump of 10kts around 5,000ft that I thought was wave and nearly came off tow into. But I’m glad I didn't, as it was more likely to be rotor – although smooth – and the climb dropped right off, only really picking up reliably after turning right to run along the soggy leading edge of the cloud at around 7,500ft. Off tow, you would want to be at 8,000ft to be safe. 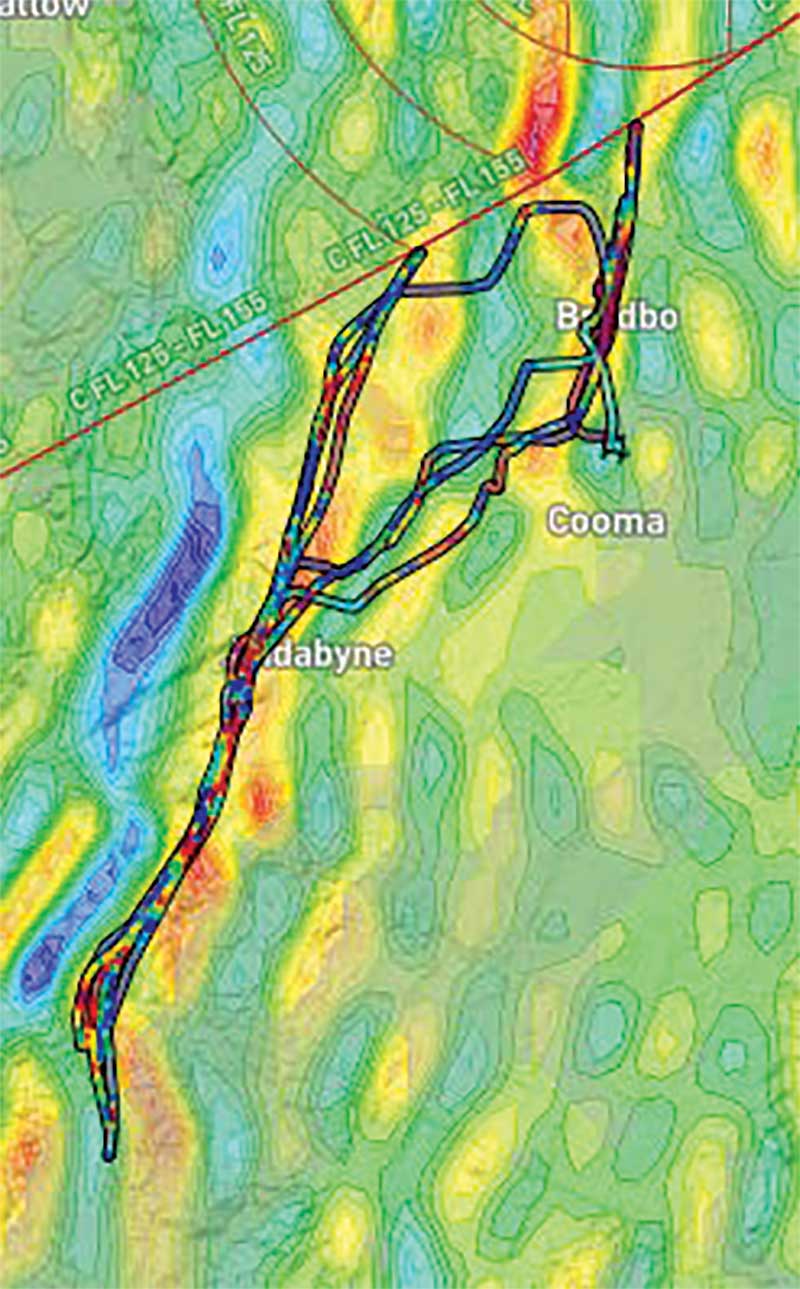 The next bit heading north to the remote start point was standard conditions, although the wave stopped short of Michelago, which marks the Canberra airspace boundary. The start was at 12,500ft at 11:20.

I encountered two jumps upwind to the Jindabyne bar, but the second one was tricky and not well marked so I used the 45 degree 'interference pattern' technique, which I think minimised the height loss. This involves leaving the end of the bar running at 45 degrees up to the end of the upwind bar. 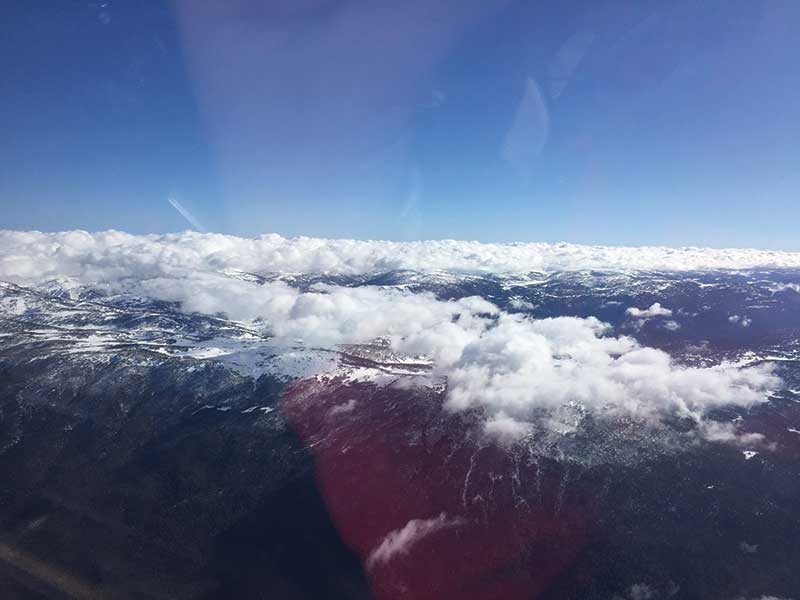 Jindabyne was good, and Thredbo was very good. The climbs were better than SkySight suggested – the Adaminaby/Jindabyne/Victoria track – the primary bounce – generally gave 3-7kts netto. The good bits were 10-12kts and always had a smoothed lenticular next to them – see the photo. This configuration generated level flight at between 100-110kts indicated. 13-15,000ft seemed to offer the best compromise of ground clearance/glide home/climb rate on the day.

I used a standard thermal speed technique – slowing to 70-80kts in the strong lift, 110kts if it was 'only' 3kts. It was at the end of the first leg that I saw I’d achieved 150kph. A quick maths calculation showed around 175kph was needed to do 1,000km before the early winter sunset, and from this point it was a battle against the clock. 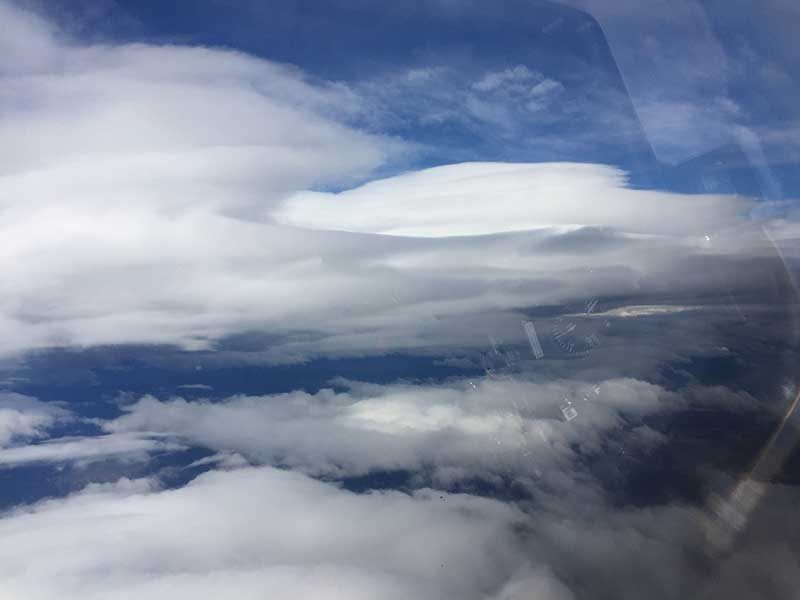 Wind was light in the working height band at around 35kts. Thus, jumps upwind were relatively easy. The working range was generally 13-15,000ft and ground speeds were generally between 130 and 80kts, higher going North with the slight tailwind component.

Wind is generally a slight tailwind when calculating a glide back to Bunyan. Of note 15,000ft at the southernmost point still gave a glide to Bunyan of over 4,000ft. That said, much cold cloud formed between the two points so the glide wasn’t all that simple. The primary gap stayed wide open all day. Thus, Jindabyne was always a straightforward VMC recovery, albeit prone to notable turbulence as on any windy day. Obviously, it was very cold and there would be plenty of icing in the clouds. Three pairs of socks was not enough!

At around 15:30 the moisture from the incoming front started to fill the gap down to the South. The wave still worked but VMC requirements precluded a long last leg and the 1,000km. Without that, or with an earlier start – a 10:30 take-off was far too late – the 1,000km was quite doable even in mid-winter. 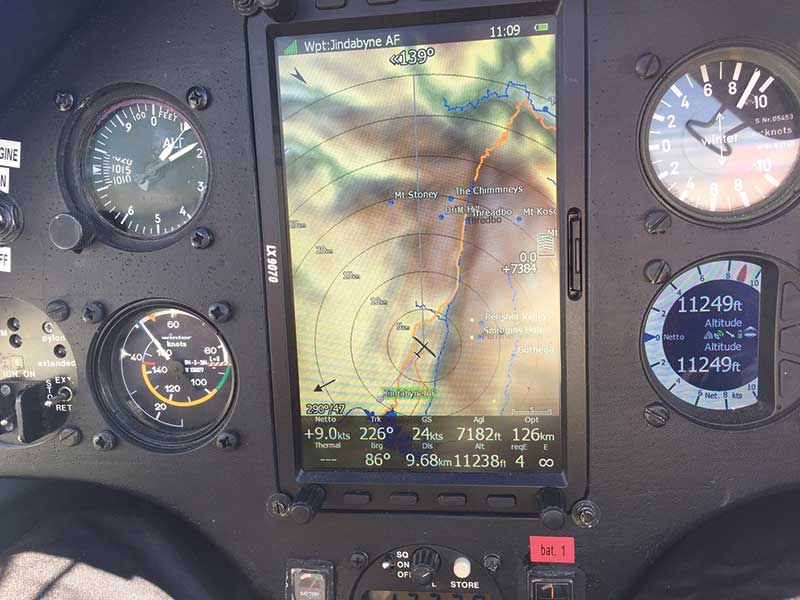 Speeds – Overall 920km (970km with remote start/finish) flown at 175kph was enough to do 1000km or further on the shortest day of the year. Best bit of the day was OLC speed of 201kph for 2.5hrs on the OLC speed comp and an all-time record Australian OLC speed score. The light winds helped, but that was in a 15m Ventus – much more is on offer in faster gliders as we get used to wave cross country.

On a suitable day without Covid-19 Victorian border restrictions, going South to the East Sale airspace border gives over 1,200km OLC. Nevertheless, the scenery is confronting and unforgiving. A landing at Jindabyne with a strong NW wind can be very turbulent, as indeed can the landings back at Bunyan.

Wave cross country should not be taken lightly and does need some exposure to the local conditions and an incremental approach. However, a local 300km is very achievable within easy range of Bunyan on most wave days. A 200kph 1,000km remains the prize!