I first heard about the morning glory cloud when an article by Rob Thompson and Russel White was published in Australian Gliding. At the time, I had a self-launching glider and made the trip to Burketown in late September 1996. I have been able to experience flying on the cloud every year since. 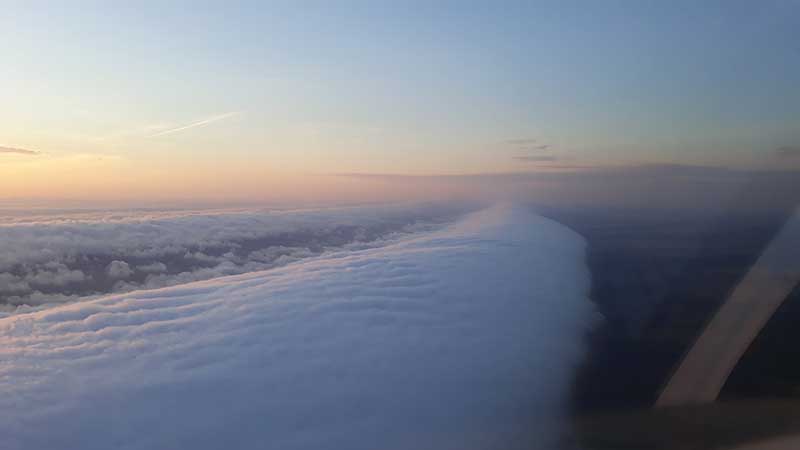 The sun just coming up on the primary cloud with the secondary behind.

This phenomenon still fills me with a sense of adventure and amazement. A period of waiting usually precedes the cloud’s appearance that heightens the pleasure of the experience. Weather forecast apps now make the likely appearance of the cloud more predictable. Late September into October is usually a good time.

Many attempts have been made to explain how the cloud forms and then continues to travel across the gulf, usually though not always from the northeast and occasionally from the south. Sometimes, two formations will cross paths. Gliders can soar along the cloud, which pushes up a pressure wave in front, due to is fast speed. The time the cloud lasts and its length vary considerably on each occurrence, and usually the top of cloud is higher at sea and lower over the land. The height could be 6,000ft, for example, down to 2,000ft. 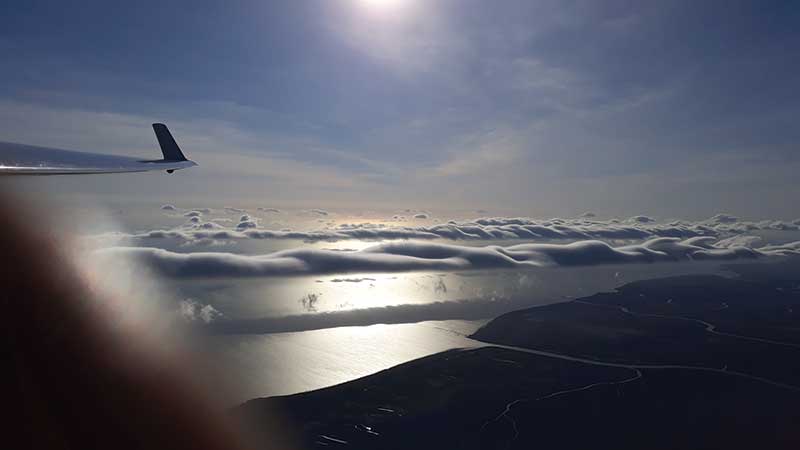 The low clouds can resemble a smooth snow field, while the high ones can trigger off a higher atmospheric travelling wave, which at times can be reached in the pressure wave from lower down. One year, I was able to climb to the upper level wave and above to 16,000ft, looking down on the high level formation. It was truly a breathtaking experience for me.

Since purchasing my Pik20E, I have been able to soar from Mareeba to Burketown on many occasions, saving myself from the road trip, and have been joined in recent years by Martin Hurst in his Pik20E MQN. On my longest flight at Burketown, I flew the cloud for approximately 500km and then transitioned to thermals for an other 500km before returning to Burketown. 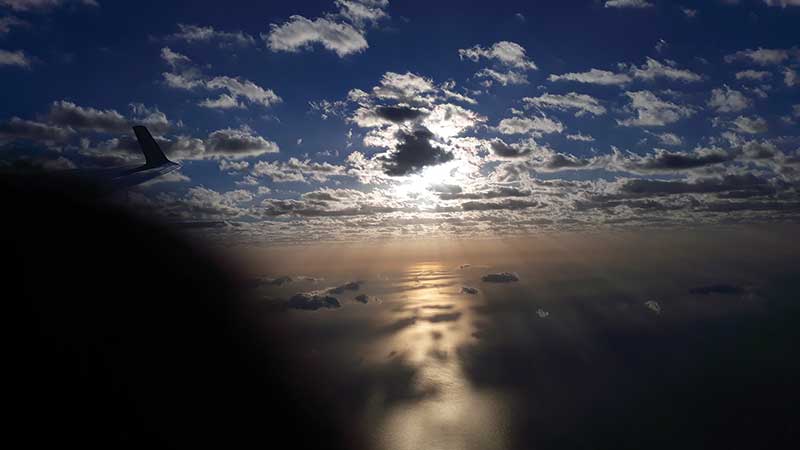 Looking northeast - not much cloud, but lines of water from the rolling air mass of dry morning glory.

It is often possible to fly the cloud and then land at Adels Grove for breakfast, swim and then soar back to Burketown in the afternoon. On this last trip, Martin Hurst and I flew on a late-arriving morning glory, then east to south of Normanton and then transitioned onto thermals, landing at Einasleigh for a bed-and-breakfast overnight. We then made a home run to Mareeba the next day.

I have made many memorable trips to Burketown and consider it a privilege to have been able to fly on the morning glory cloud on over 100 occasions since 1996. 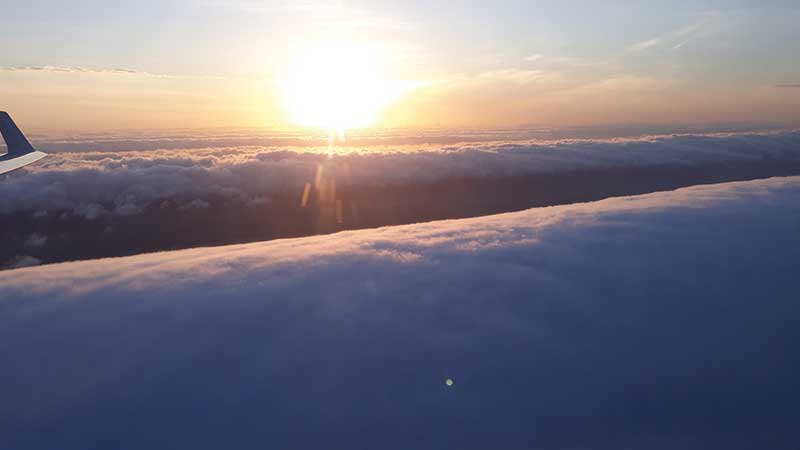 Turning onto the leading edge of the primary cloud. 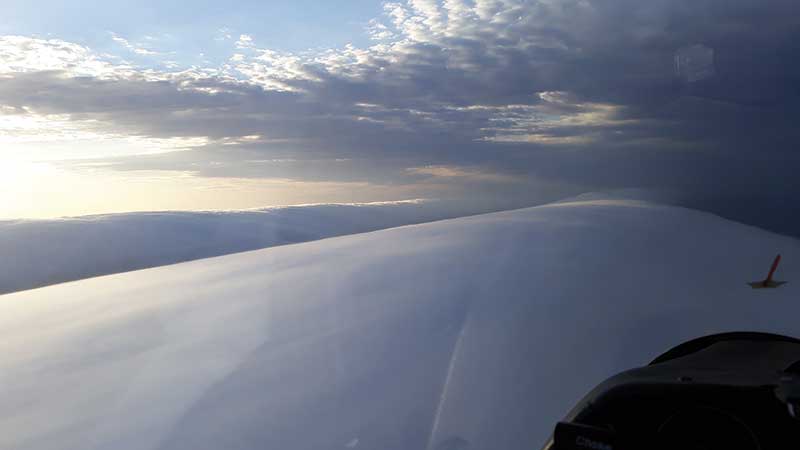 Still at high speed with a storm in the distance. Best lift is at the leading edge, not over the top as in this shot. 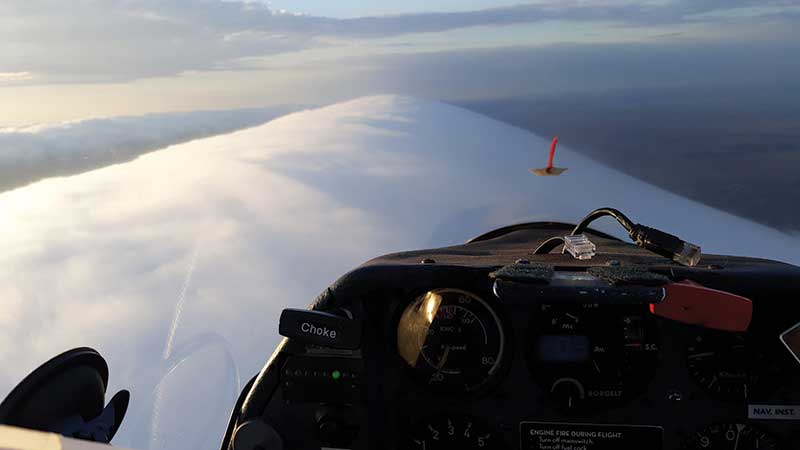 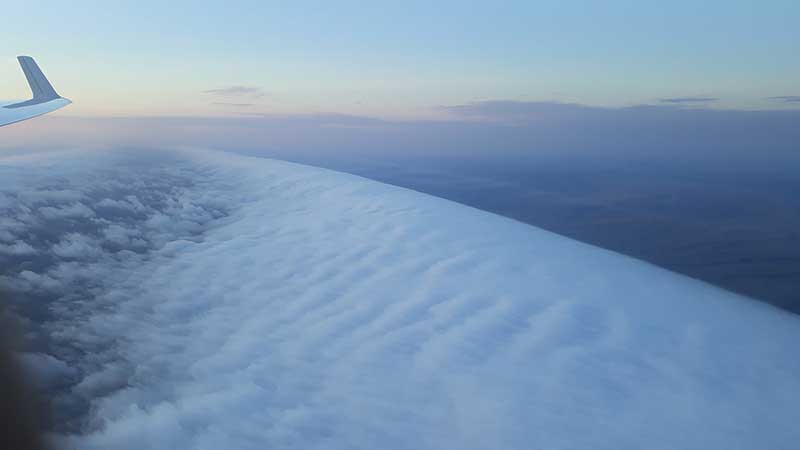 The cloud came over before first light. I climbed on engine and glided to the front of the first cloud. The front is to the right, with a defined line. 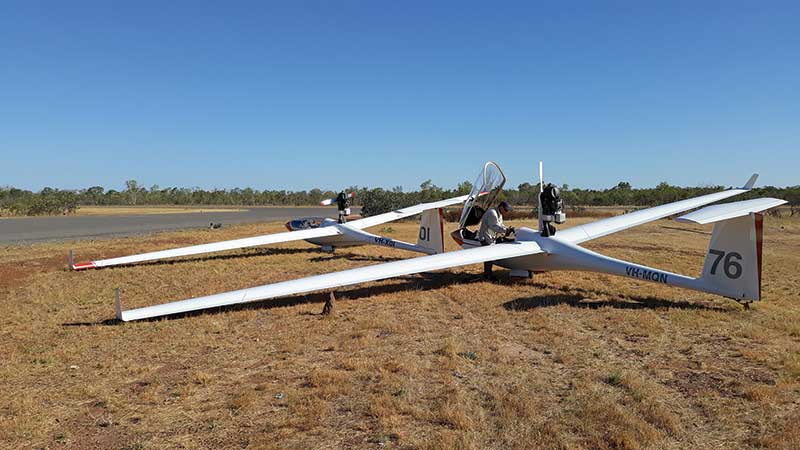 Ready to launch after an overnight at Croydon on a trip to Burketown.