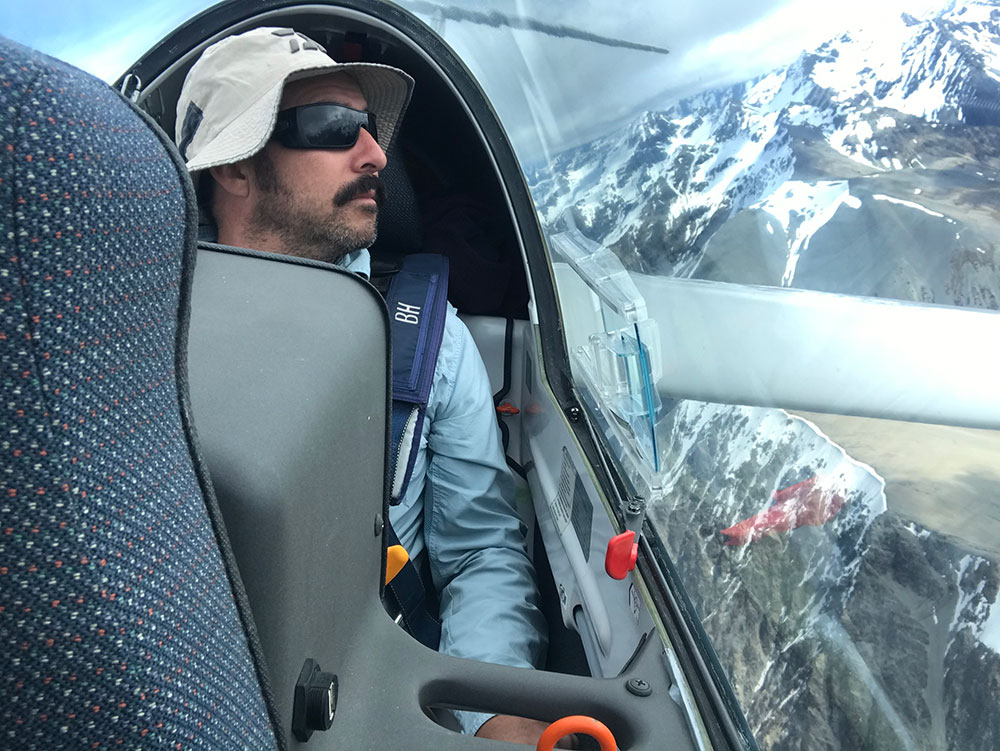 My last trip to Omarama was pre Covid, so it was great to leave the flooding rain behind last month and enjoy 10 days of nice weather with my son Adam and an Omarama Gliding Club Duo Discus. We had a mixture of thermal, ridge, convergence and, finally, wave on our last flying day. When we arrived back in Melbourne on 23 October, guess what? It was raining again. Mark Bland

Adam Bland
After 5 hours in one of Omarama’s DUO Discus with my father Mark Bland, we managed to get into the wave. We requested airspace clearance from Christchurch ATC to open up the Flight Levels. We hadn't originally planned to go to Cook, as the wave systems didn't appear to be organised to the north, but we heard a local, experienced pilot call on the radio to say he was tracking for Mount Cook in wave.

We headed up over the top of Lake Pukaki and climbed in 6kts up to about 13,000ft in wave coming off the Ben Ohau Range, at the end of which lies Mt Cook. The summit was sticking up through the clouds, clearly visible, and we decided to have a crack. Getting closer, we fell out into some sink but still had options to turn back, and so we proceeded on. We came back into rising air as we approached and flew right over the top.... Yeeeehaaaaaa.

On the run home back along the Ben Ohau Range, we had to pull the air breaks to stop climbing, and peaked at 19,000ft. Tracking into a stiff 60-odd knot head wind, we had to be careful not to overspeed the glider. We had TAS (true airspeed) close to VNE (velocity never exceed) of 135kts but IAS (indicated airspeed) of only about 105kts due to the density altitude. 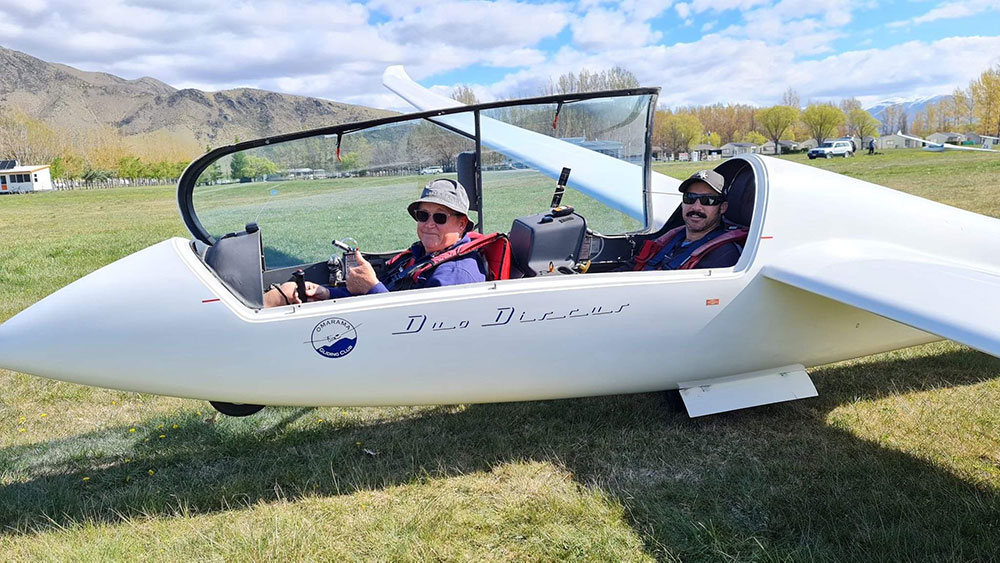 Back on the Ground

We were tempted to push harder to get home because by this point our feet were freezing, but instead had to accept the painfully slow ground speed back to Omarama. The view, however, was amazing. Descending back into the McKenzie Basin where Omarama lies, we flew back into pockets of rotor so was very turbulent in places.

When we were finally back into the circuit, Dad did a good job landing into a gusty 25-30kt headwind on finals. We flew over the threshold at 90kts and managed a very smooth landing considering the conditions, and pulled up in style out in front of the hangars. It was a three person job to get us out of the glider and luckily there was someone to help us hold the canopy and wing so we didn’t fly away again. It was an incredible flight. We finished off with some beers at the pub with the Kiwi tug pilot and some other friends.

Our last few days in the land of the long white cloud have been as ground dwellers. We had a good day hike around the base of Mt Cook and went exploring in Christchurch. 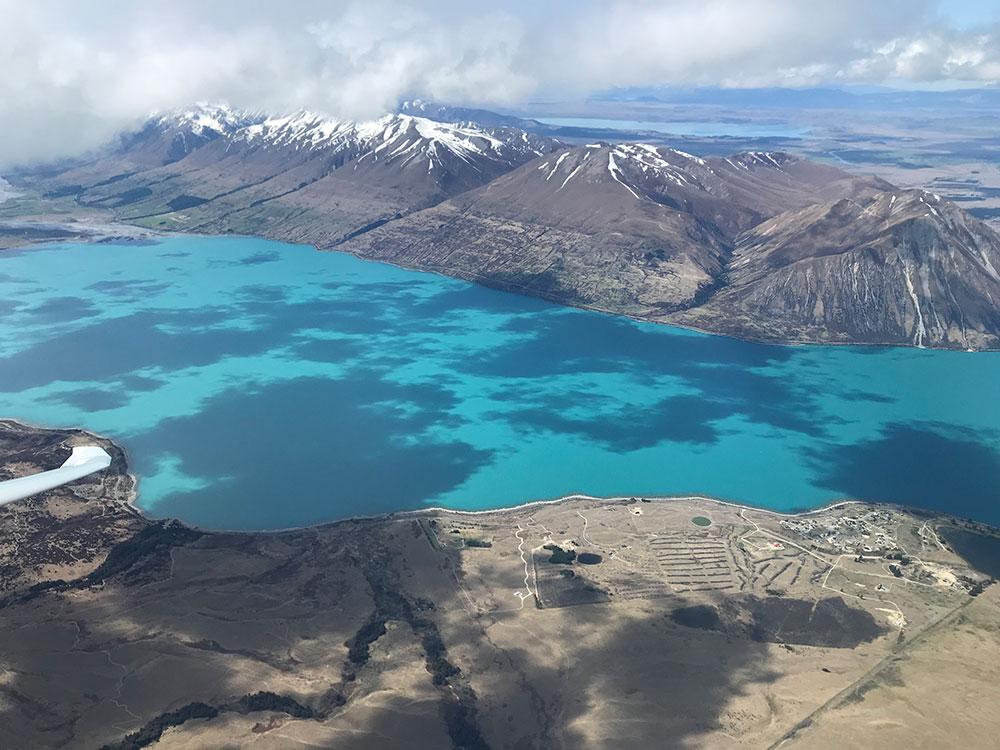 We felt very lucky for the experiences of the last 10 days in Omarama. Flying there obviously has its own risks and I have to admit there were times when I felt a mix of emotions, as the situation can changer rather rapidly. One minute you're cruising along in anywhere from 5 to 10kts and up ... on top of the world watching the altimeter wind higher and higher and then, if you aren’t paying attention or thinking ahead about where next to navigate, you can be in the exact opposite situation, descending over tricky terrain. 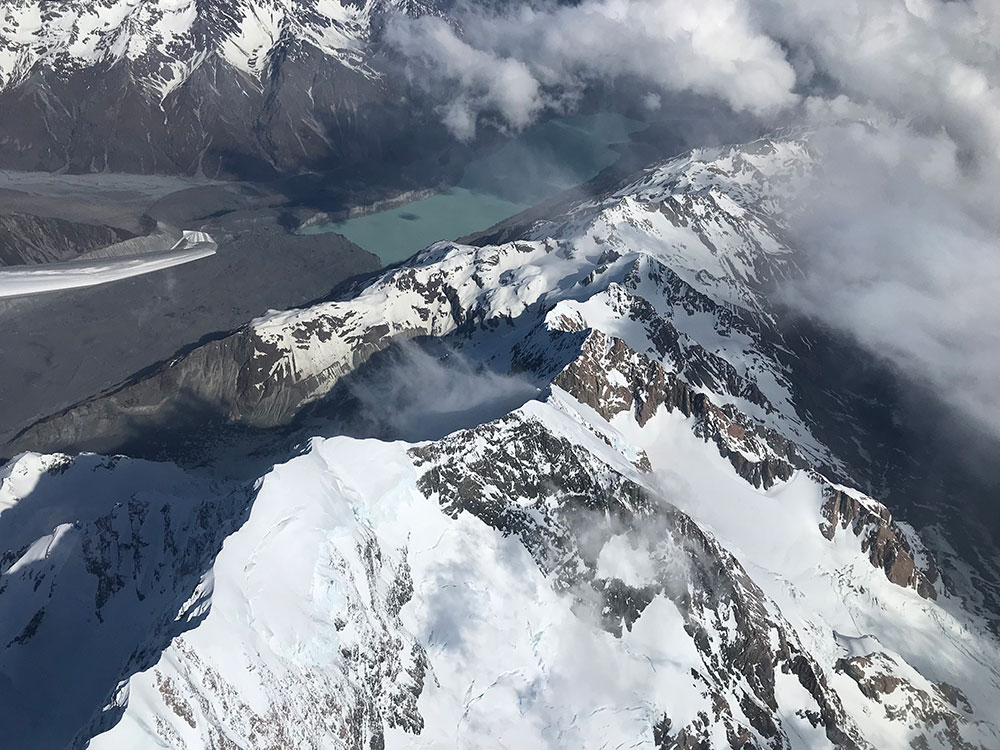 We had an incredible week of superb weather, flying nearly every day in very different conditions from thermal and ridge to convergence and finally wave! It was my first time above 14,000ft in a glider in over 20 years. The last time was at Leeton, NSW in a Blanik as a teenager in an epic summer thermal without oxygen.

The ruggedness of the New Zealand Alps is awe-inspiring, and the day of convergence soaring down to the coast was equally impressive. Thanks to the old man Mark Bland for sharing his knowledge during a rad week of gliding in the land of the long white cloud. 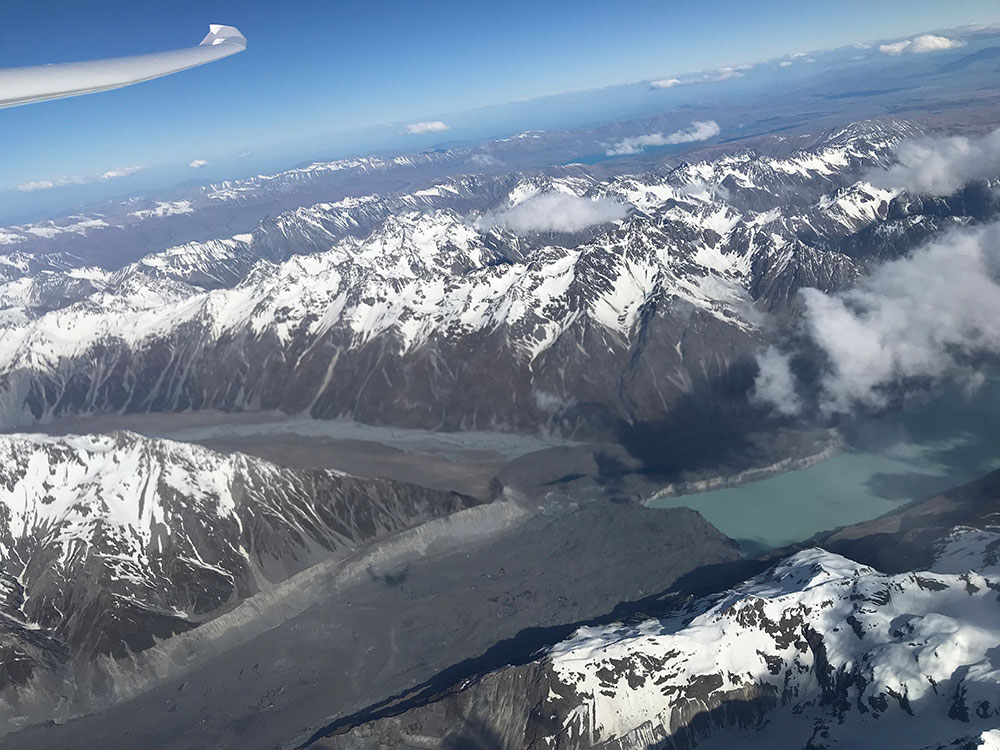 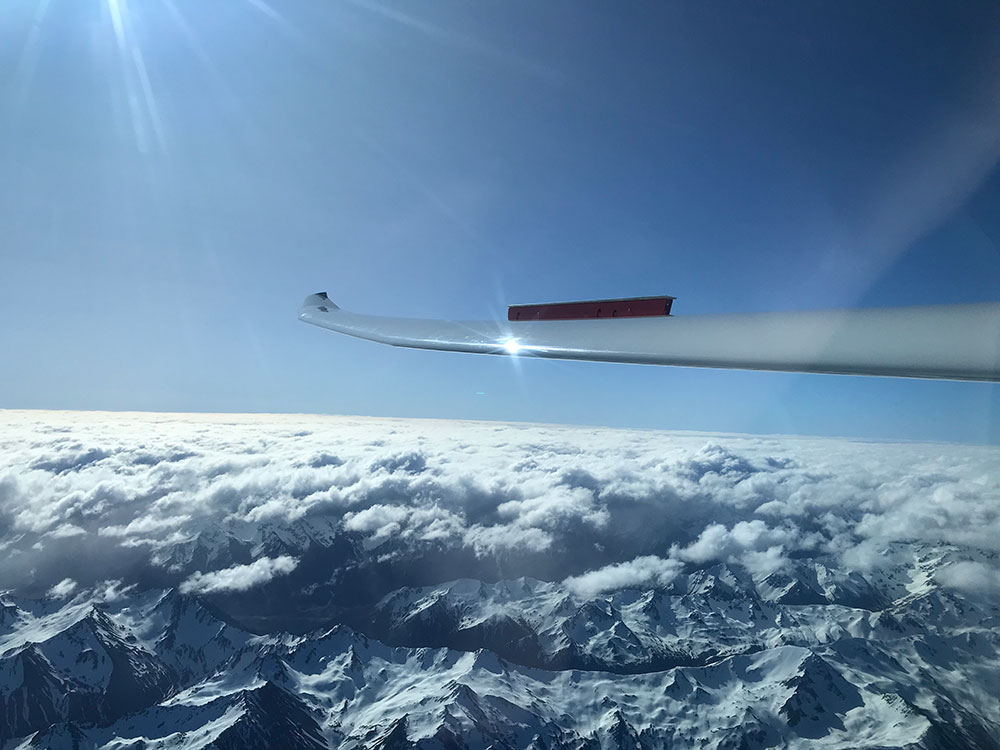