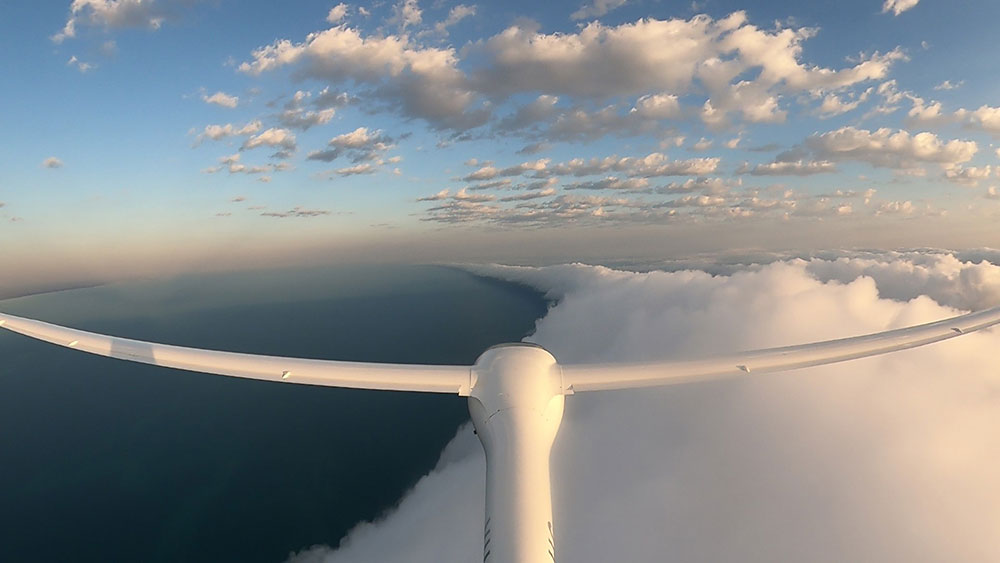 Glider pilots have been going to Burketown for the Morning Glory for many years and it has been growing in popularity. This September at least 17 gliders and other RAAus aircraft, plus paragliders, flocked to Burketown. This is Grant Rookes' story of his journey.

After waiting for what seemed like forever, the travel restrictions ended and plans were prepared for what is on every Australian-based glider pilot’s must do list. 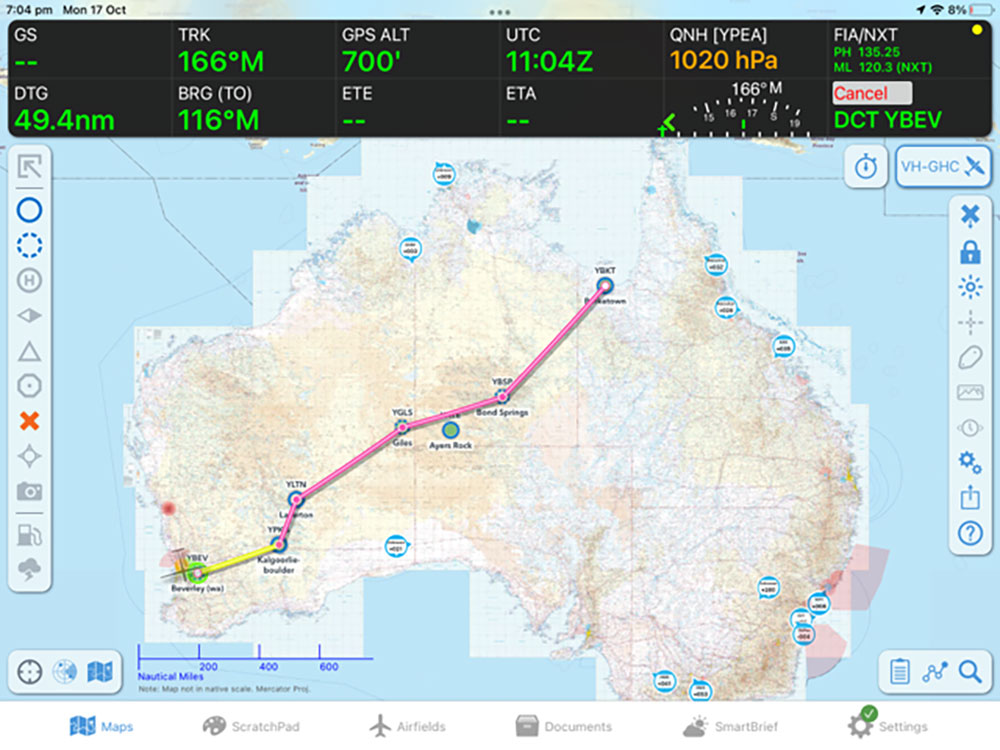 After weeks of planning and checks upon checks, I commenced the ultimate cross country flight in a Stemme VT from Beverley, WA to Burketown, Queensland. For some time, I’ve been itching to fly the Glory and this year will be the first of many.

With a suitable glider, a window of opportunity and accommodation booked, I was all ready to set off with Rob Hanbury as my RH ballast and cohort in the adventure. Rob has done this journey many times before and had a pocket full of fuel cards, maps and wisdom. 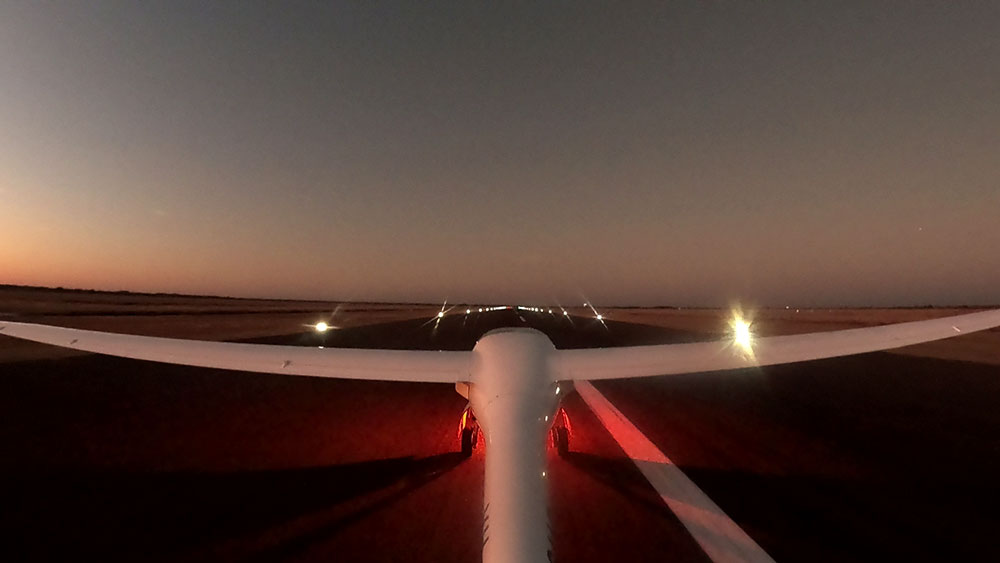 Once the pre-flight checks were complete, Rob and I departed Beverley, flying direct to Kalgoorlie for a top up of go go juice and then off to Laverton for our first bum break, leaving the green and yellow patchwork and entering the endless expanses of brown vistas of nothing.
Even though the Stemme VT is a limousine of the sky, the glider pilot’s arse still takes a beating. 385Nm and 4 1/2 hours down, lots more to go!

A much better wave after most of the gliders had gone home! Michael Zupanc

Flying East
The second day started early, leaving Laverton and heading off to Giles, 385 Nm and another four hours of brown and endless expanses of nothing. As the Nm ticked over, we were able to spot the only two billowing dust clouds. On closer inspection, one was a road train and the other a ute on the road below.

At Giles we topped up with juice again for the next 317Nm leg to Bond Springs, which is located 20km north of Alice Springs and home of the Alice Springs Gliding Club and NT Soaring. As we departed Giles and headed east, the scenery continued to change dramatically as small ranges and canyons and the incredible ground features of Central Australia appeared. 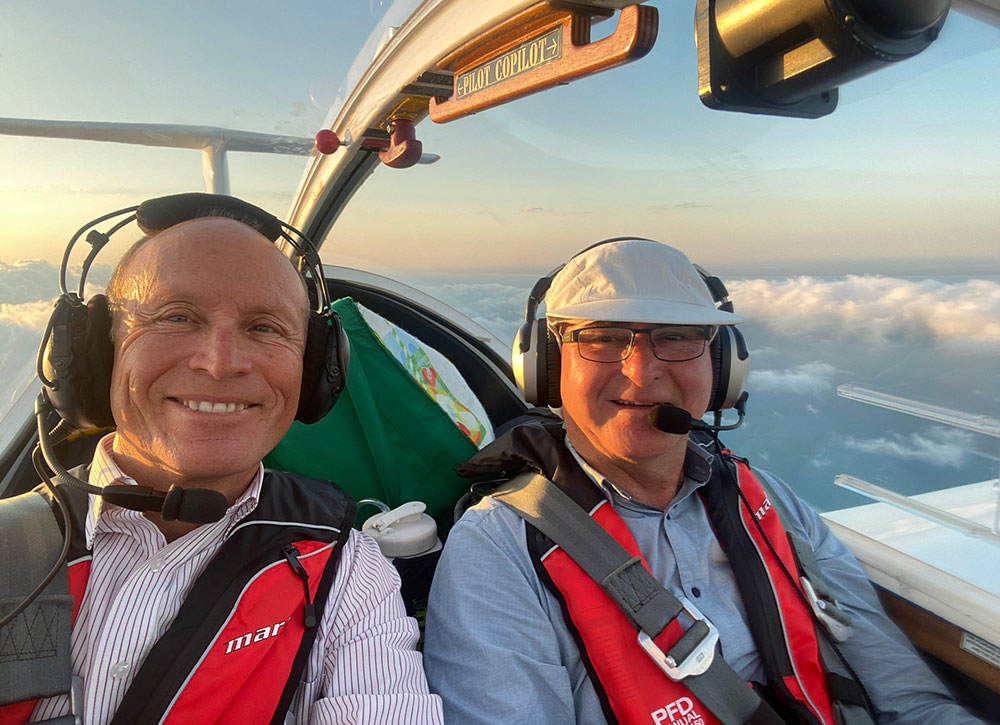 As we flew east the sun was behind us, causing the most incredible afternoon light playing with the colours of the rock formations below. Kings Canyon and the MacDonald ranges came and went. We descended into Bond Springs for a great night with the local club members in town and yet another top up of mo gas.

Due to the limited accommodation in Burktown, we had a day spare and hung around helping out our hosts with their gliders and letting our now seasoned arses have a little respite. 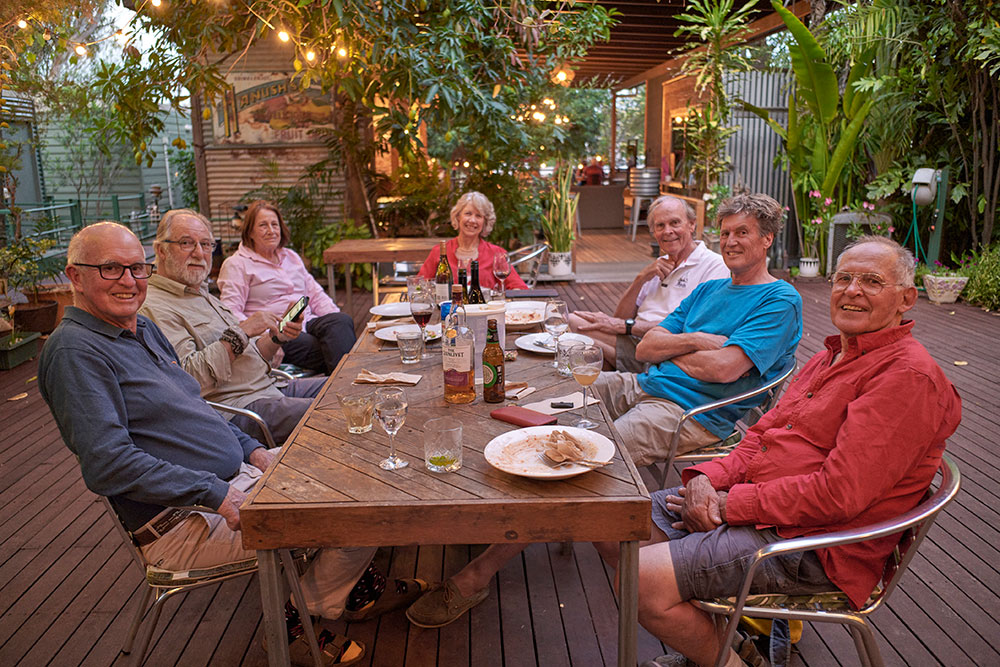 The next day we were back in the air early for the last leg, and after crossing the time zone fence line, our goal was almost in sight. At the end of a 470 Nm, 5-hour leg, we arrived in the metropolis of Burketown, Queensland, with a regular population of 180.

We tied down and, securing a good spot, we walked to town, our base for the next two weeks. After 1553 Nm (2500km) we found the pub closed but our pub accommodation (the donga) was cool. We took a quick walk around exploring the area – 5 minutes is all it takes – before we were off to find something cool to drink. 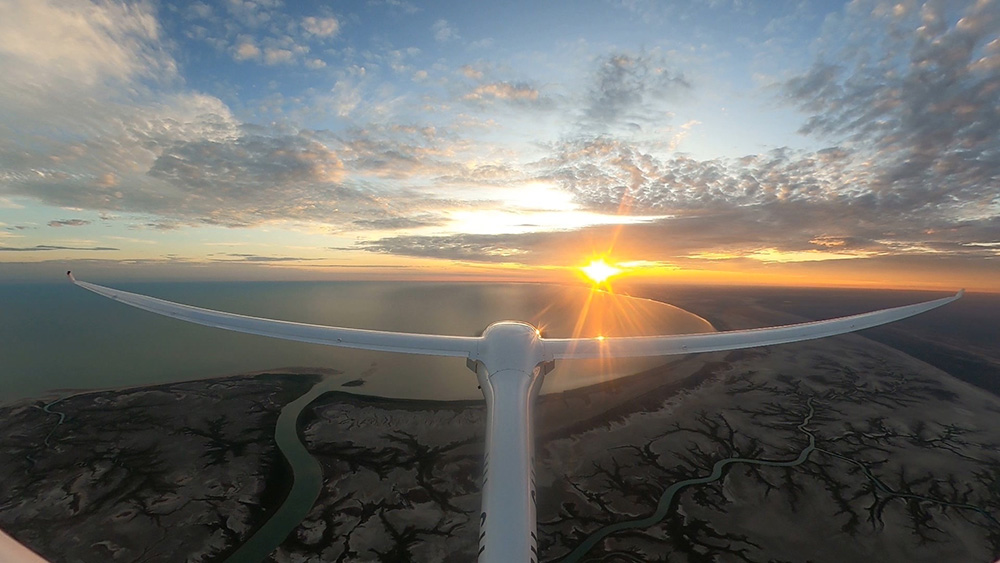 Through the next two weeks, many more gliders, planes and handgliders arrived from all over Australia and even a blow-in from NZ who flew up from Melbourne in two days in a Katana to see what the Glory was all about.

Over the following days our routine was to wake up 4.30am to study the satellite photos, get up 5am proceeded by a 15 min walk to the airport with headlamps blazing, preflight and then takeoff before the self launching gliders and trikes. The sun rise is spectacular over the mudflats and shark and crocodile-infested coastline. Burketown is named after Burke and Wills who walked up from Adelaide in 1860 to explore the north route. However, they didn’t make it to the sea as it’s another 20km away – maybe it was something to do with the crocodiles. 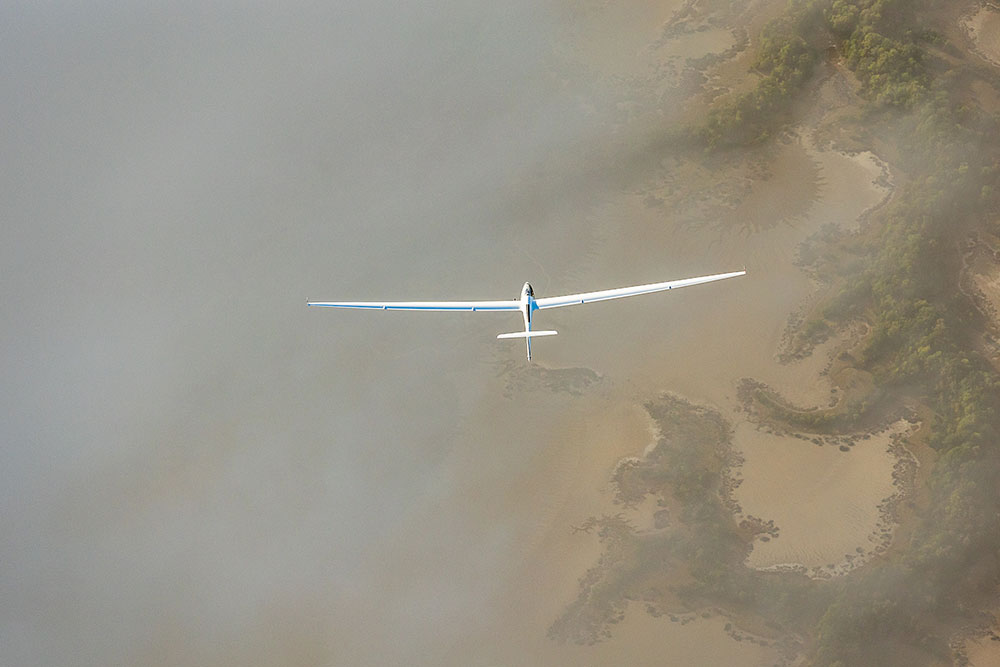 James Cooper in front of a wave. Michael Zupanc

Twice is Not Enough

Over the two weeks in Burketown I only got to ride her majesty’s glory twice. Bugger, however – as soon we left back to Perth, there was a run of them. But the ride was awesome and a special type of flight.

The first ride parallelled the coast about 15Nm offshore. It was an unsettling feeling descending towards the sea from a safe altitude for the first time, leaving the safety barrier of gliding range on the crocodile infested mudflats, but a certain kick in the pants as we changed to gliding mode and flew along her at 120kts at 1,500-2,000ft above the sea. What a blast. 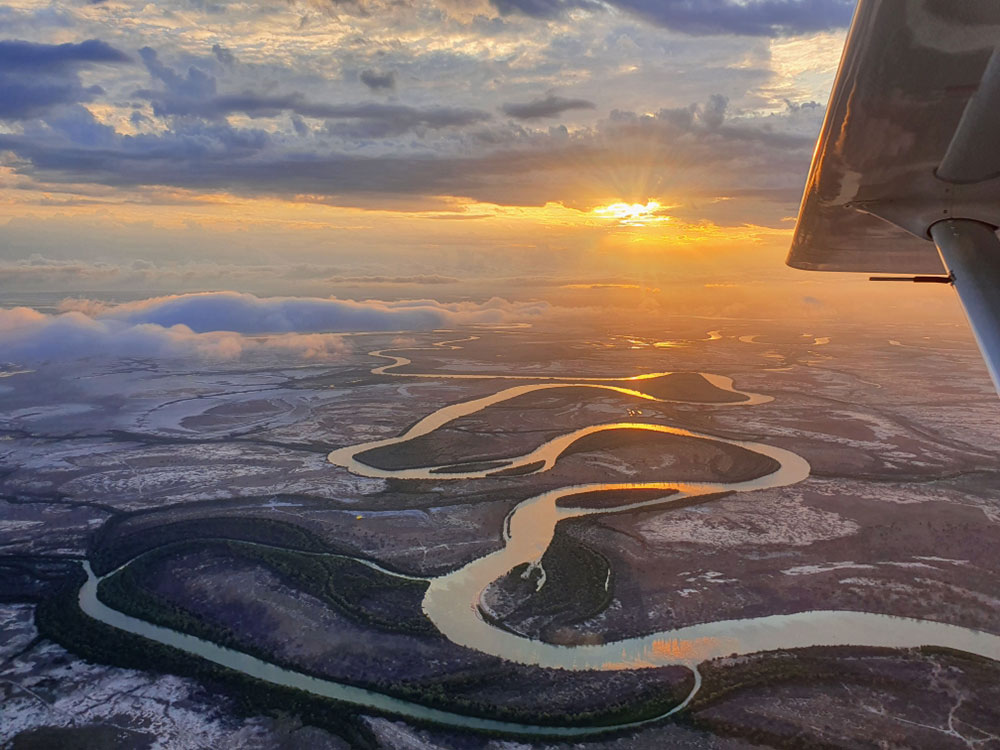 The second ride was an inland glory, which meant a simple take off from Burketown and straight into the glory.

On the days when Miss Glory didn’t appear, we flew up the coast for breakfast or out to a fishing camp at Sweers Island for a swim, or it was back to Burketown for a breakfast toastie with the other hopeful pilots and a midday nap until it was dinner time.

The accommodation in the area is very limited and most of it taken up with fishermen, grey nomads on the Savannah Way route or glider pilots. The Savannah Lodge is the best in town and has shade and a paddling pool for residents but was 80% booked out by the Lake Keepit mob. Next comes the campground dongas with aircon, and then fisherman’s shipping containers with aircon. In short, very limited. But it’s all about the location and the weather gods. 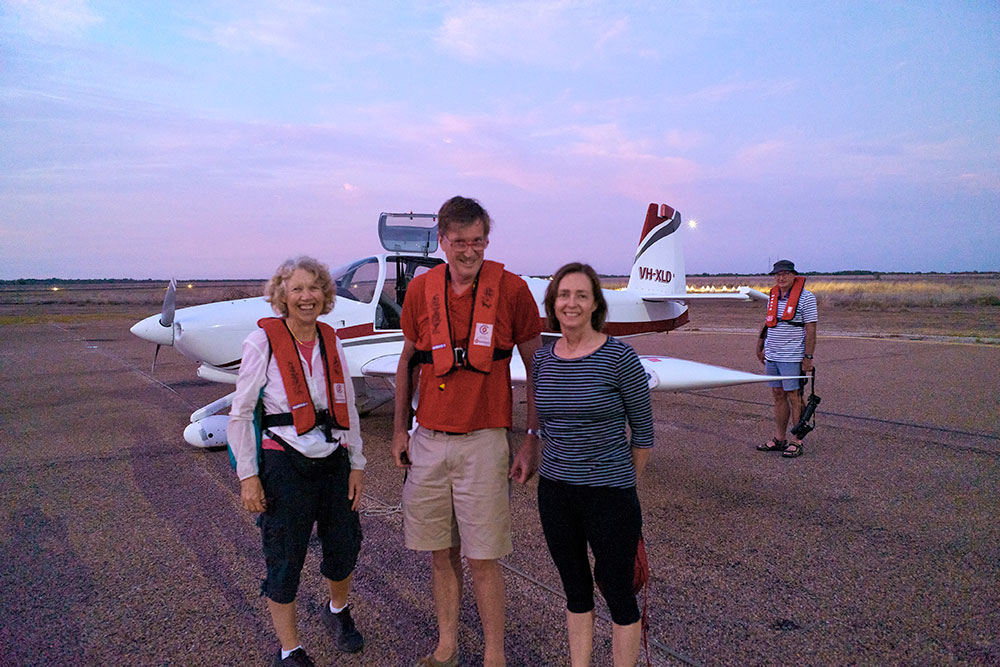 The return trip was the reverse of the way out, but via Bond Springs, Uluru, Warburton, Laverton and home to Beverley.

It was a great trip with lots to say, but the photos say much, much more and are a must. You have to be prepared to wait, as Miss Glory is not very predictable or punctual. So, all up, three weeks of magical scenery, good experiences and about 6,000km of touring in the Stemme. 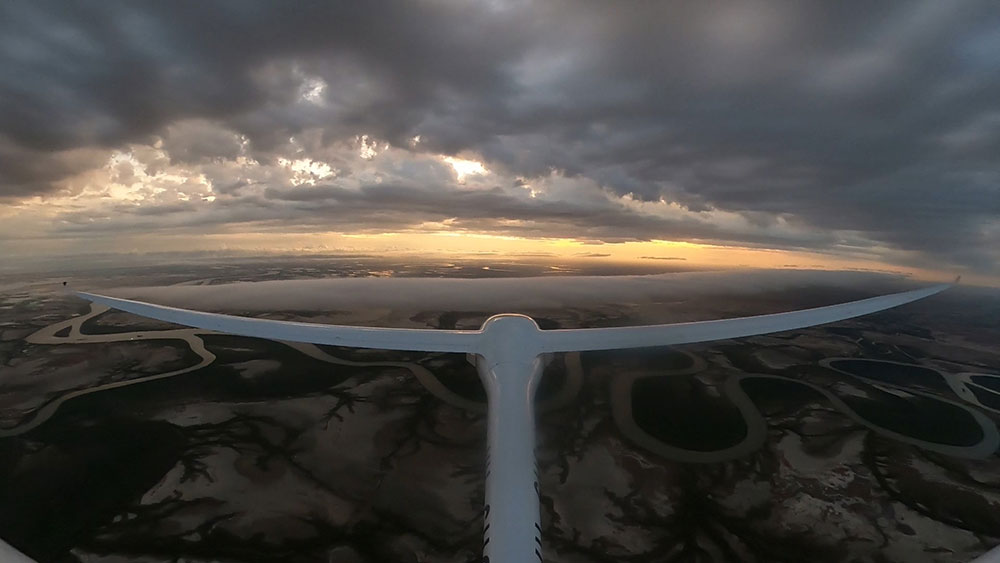 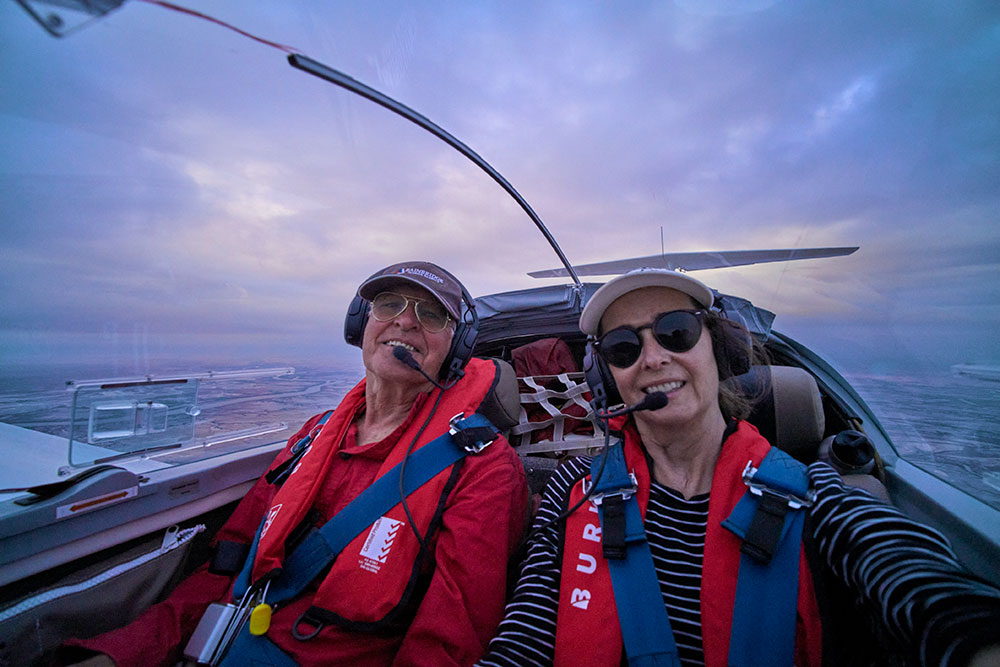 James Cooper in front of a wave. Michael Zupanc 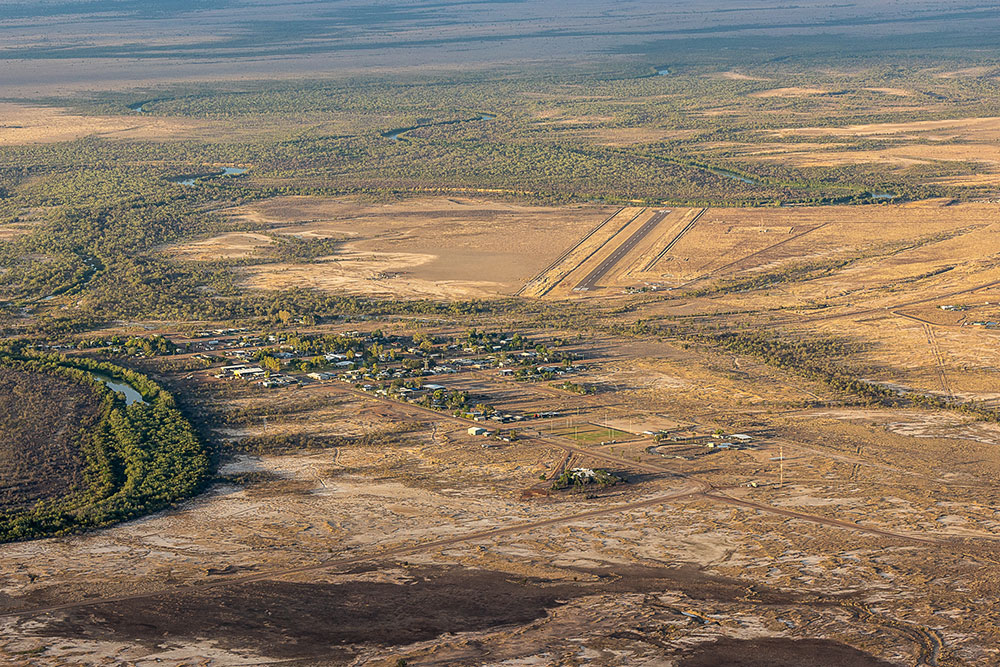