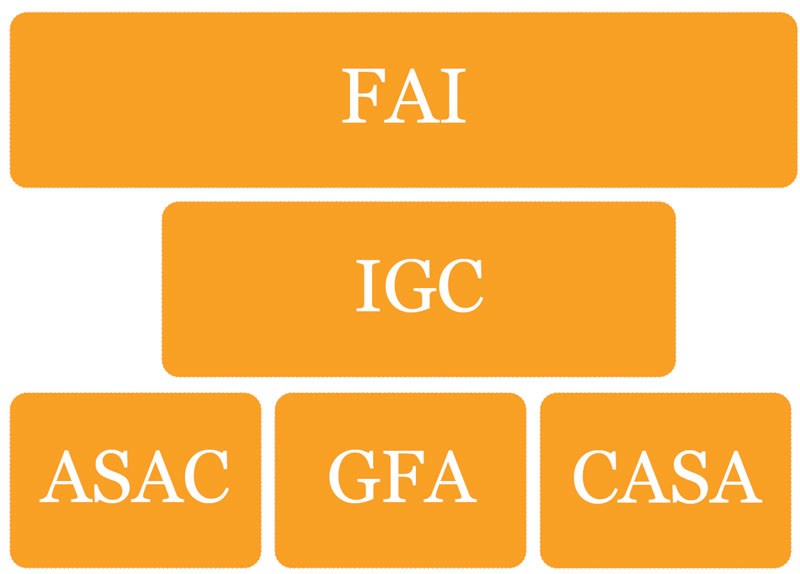 Have you ever wondered how the system works behind the gliding badges issued by the FAI? A recent presentation by Australia's new IGC delegate Mandy Temple gives an overview of the roles of the various organisations involved in the sport of gliding. You can download the full presentation at bit.ly/3d65dAx

The Fédération Aéronautique Internationale (FAI) is a non-governmental and non-profit making international organisation with the basic aim of furthering aeronautical and astronautical activities worldwide, ratifying world and continental records and coordinating the organisation of international competitions.
l FAI activities include the establishment of rules for the control and certification of world aeronautical and astronautical records. FAI establishes regulations for air sporting events which are organised by member countries throughout the world. FAI also promotes skill, proficiency and safety in aeronautics.
l Within the framework of FAI, each air sport has an International Commission which is responsible for making the rules for competitions and which generally oversees the activities of their particular air sport.

The International Gliding Comission (IGC) is the international governing body for the sport of gliding. It is governed by meetings of delegates from national gliding associations. It is one of several Air Sport Commissions (ASC) of the FAI.
l IGC is the FAI commission responsible for the international competitions, records and badges that apply to gliders and motor gliders.
l GFA is represented at IGC meetings by Mandy Temple

AIS Sport Australia Confederation (ASAC) is a national body, formed by a number of national air sport organisations. It represents some 15,000 active air sport members, and over 200,000 participants. ASAC is run by a board on which each air sport member has a delegate.
l In its FAI role, ASAC is Australia’s representative, and is referred to as the National Airsport Control, or NAC.
l ASAC is recognised by the Australian Sports Commission as the National Sporting Organisation for Air Sports in Australia and is an affiliate of the Australian Olympic Committee.
l ASAC has a pivotal role in representing its members’ interests on air space and regulatory bodies. ASAC is represented on a number of committees and reference groups that deal with such matters. As well, ASAC’s members have an active role in supporting the relevant authorities in setting and monitoring operational and safety standards in their respective air sports.
l GFA is represented by the Chair of Soaring Development Panel

The Civil Aviation Safety Authority (CASA). CASA is the government body that regulates Australian aviation safety.
l GFA manages gliding in Australia
under the authority of CASA. Currently we operate under an exemption – CAO 95.4 but in the future we may transition to Part 149.

PREPARATION for a Badge Flight

Many badge and record flights fail due to lack of preparation. Failure to conduct the flight with the necessary declaration and submitting the required information in the correct manner can lead to the claim being rejected.
There are several books and much information you can find to help you through the process.

Be sure to visit glidingaustralia.org/Docs/Forms before you fly. 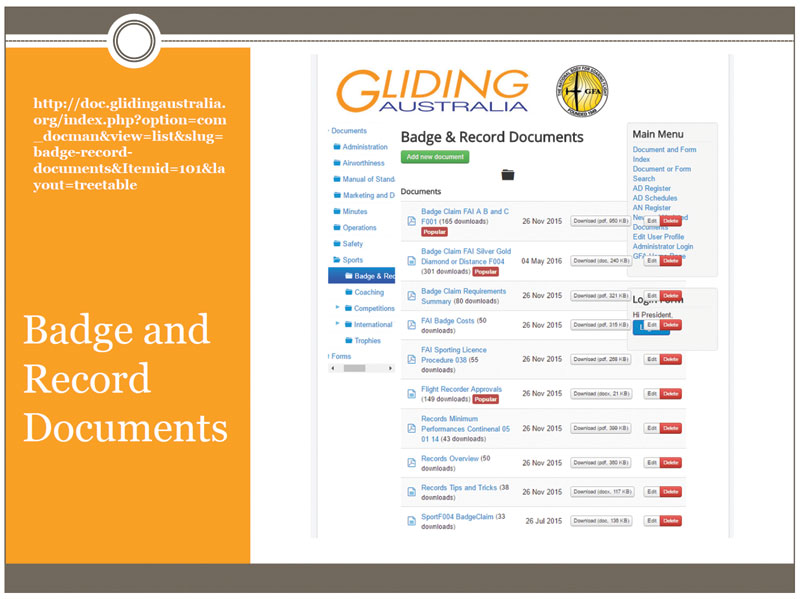 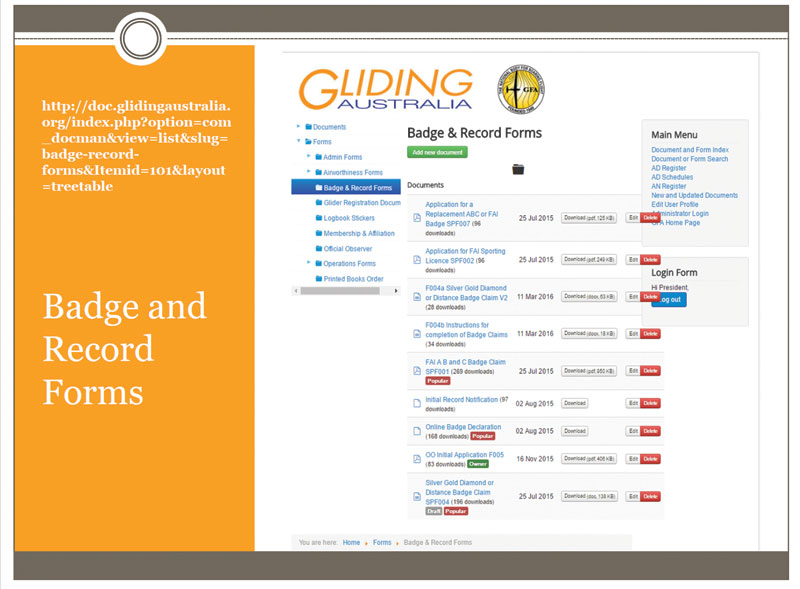 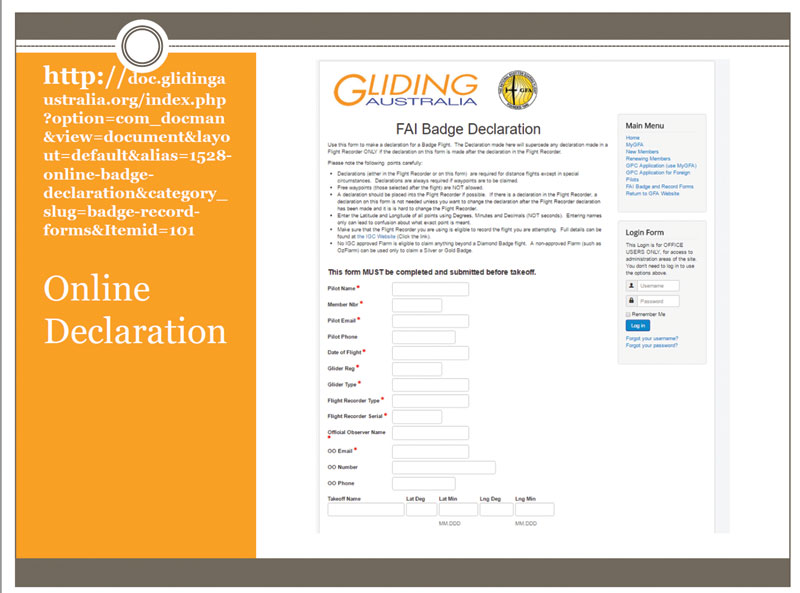