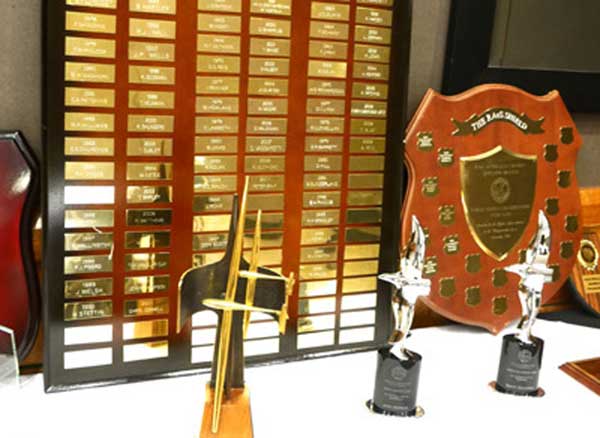 The GFA Awards and some GFA sporting trophies are presented at the GFA AGM each year. Only one award is made for each category annually. Congratulations to the GFA Awards 2020 recipients. 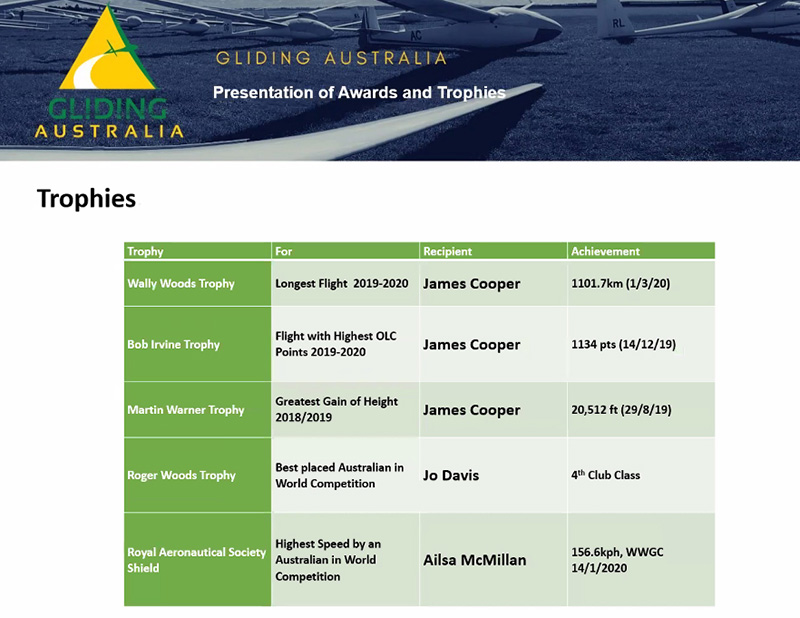 Over the past couple of years as the National Coaching Director, Pete has led the development of the post solo GPC training documentation, developed and implemented the Silver Coach training courses, and rolled out the Flying Further courses, which culminate in students achieving a Glider Pilot Certificate.

This work has taken a huge effort from Pete, supported by the regional Soaring Development Managers and coaches, to formulate the best approaches, discuss and refine the ideas, try them out in practice, incorporate the lessons learned and roll out the documentation and programs.

This has been possible due to Pete’s methodical and cooperative approach and relentless hard work. It has relied on Pete’s knowledge gained from years of coaching lectures, coaching flights and instructing. Pete’s knowledge and skills as an expert glider pilot are confirmed by his repeated wins at national championships.

Drew McKinnie took on the role of Regional Manager Operations NSW/ACT in 2012,and then accepted the role of Chair of the Operations Panel in mid 2014. He occupied this position until August 2019.

He has represented GFA in many operational consultations with CASA during that time. He took the initial lead in the rewrite of the GFA’s flight training system and is still a member of the review team. He has also been the GFA’s representative to the RAAF Airworthiness Board with respect to AAFC activities, a position that Pat Barfield now occupies.

Drew has assisted with many major accident and incident investigations. At the Safe Skies conference in 2017, which is a biennial two-day forum that representatives in the aviation industry (including regulators and the military) from around the world attend, he gave a presentation titled ‘Soaring Safely into the Future - Transferable Lessons for Aviation’, where he discussed the various safety initiatives GFA had introduced to reduce risk to its pilots.

During his time as Chair Airworthiness, Andrew led numerous improvements to the GFA airworthiness system including many small changes that significantly improved the experience and application of airworthiness at the club level. At the same time, he maintained full employment with Qantas.

Andrew has returned to the role of Deputy Chair Airworthiness 2 (DCAD 2) and still actively contributes to ongoing airworthiness including modification approvals.