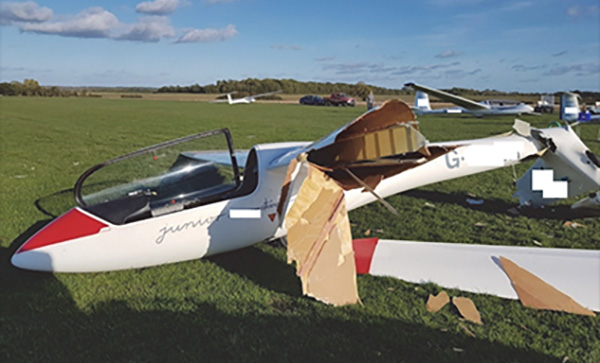 Christopher Thorpe
Executive Manager, Operations
This email address is being protected from spambots. You need JavaScript enabled to view it.

The following is an extract from a recent UK AAIB report into an accident involving a touring motor glider that highlights the importance of completing the pre-take-off checklist diligently and without distraction, and the importance of the ‘O – Options’ component of the check list (i.e. evaluate and brief emergency plan, identify aircraft critical speeds).

The flight was attempted with the propeller in coarse pitch. Despite using the checklist for the engine start and after start procedures, the incorrect position of the propeller was not picked up. The last chance to check the propeller position during the final power checks was omitted, probably due to the presence of a glider on finals and a perceived need to be airborne and out of the way before it landed. While this is an understandable action on behalf of a pilot not wanting to be in the way of another aircraft, doing things in haste risks forgetting or missing vital actions that could compromise the safety of the aircraft and its occupants.

Using a decision point on the runway would have given both occupants a good understanding of where it was possible to abort the take-off rather than continue with insufficient performance. Discussions among pilots before the flight can also ensure that should an emergency or unexpected event occur, both pilots know what their roles are to be and what responsibilities they have in controlling the aircraft.

Launch Point Risk Management
Recently, a glider landed to the right of other gliders awaiting launch, and stopped alongside and within 10 metres of the lead glider. This is not an uncommon situation at many gliding sites, but it does raise the question as to whether there are better alternatives.

Many years ago, an IS28 touched down on the runway behind and immediately to the side of the launch grid. The handling pilot lost control, veered off the runway and rolled across the front of gliders awaiting launch, narrowly missing the lead glider. The tow pilot of the tug taxying to the launch point from outside the gable markers saw the IS28 heading for him. Instinctively he cut power and the propellor stopped just before the glider’s cockpit rolled under his starboard wing.
In the UK a few years ago, while attempting to go around from low height, a Jabiru descended and drifted left and collided with a stationary glider that was waiting to launch. (See photo from AAIB report.) Fortunately, no one was injured. In this case it was considered likely the aircraft did not climb due to the combination of the inadvertent retraction of the flaps, a brief delay in the application of full power and the aircraft being slightly above the maximum take-off weight.

What these occurrences show is that there is a real risk to gliders and ground crew at the launch point from aircraft landing in proximity. Clubs should review their operations and consider whether they need to make changes to reduce the risks.

Aircraft Familiarisation
There have been several reports in recent years of pilots landing with the undercarriage down but not locked. Most of these occurred due to the pilot being unaware of how to properly engage the locking mechanism, which suggests pilots are not taking the time to familiarise themselves with the aircraft systems. Not all undercarriage locking mechanisms are the same, so it is important that pilots either read the aircraft flight manual or seek a briefing from a pilot experienced on type. When converting to new types, common items that need special consideration are the undercarriage and the airbrake and flap levers, which may be subtly different or entirely new. For further information, refer to Operational Safety Bulletin 01/06 – Aircraft Familiarity.