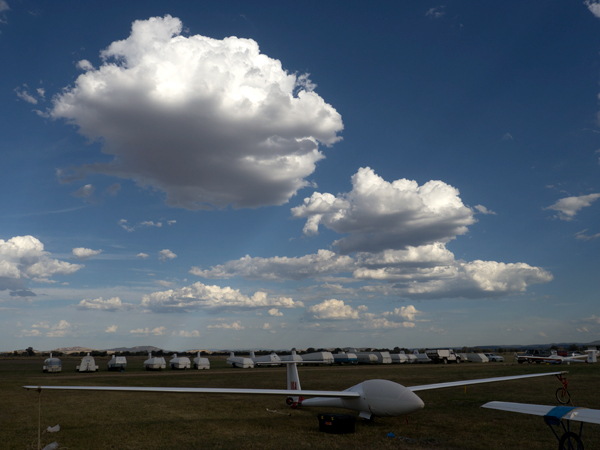 In the previous issue of this magazine, we looked at the typical way of thinking about a ‘just culture’, one where the line between what is acceptable and not acceptable is clear – which turned out to be anything but clear. Such a just culture is essentially retributive. It asks:

• which rules are broken?
• how bad is the breach?
• what should the consequences be?

Such a ‘just culture’ is organized to focus on the single ‘offender', asks what they have done and what they deserve. But many have found that simplistic guidance about pigeonholing human acts does not take them very far. In fact, it leaves all the hard work of deciding what is just, of what is the right thing to do, to them.

Research shows that it tends to favor those who already have power. Because of the inevitable problems that answering these questions can create, which we discussed at greater length in the last issue, an increasing shift—in healthcare, policing, schooling, even some oil and gas companies – to a different model of justice has resulted. You can see a documentary about one of these under ‘Just Culture – the Movie’ on YouTube.

• Who is impacted?
• What are their needs?
• Whose obligation is it to meet those needs?

Such an approach to justice and accountability is more inclusive than a retributive one. An incident may impact a variety of people – fellow pilots, students, the training panel, bystanders, onlookers, the club, the GFA, the surrounding community. The logic of restorative justice is really quite simple. Impacts create needs, and needs create obligations. Restorative justice is achieved by systematically considering those needs, and working out collaboratively what and whose obligation it is to meet them.

• Retribution imposes a deserved and proportional punishment.
• Restoration repairs the trust and relationships that were impacted.

Restorative justice is as old as humanity. Property disputes, and also more violent crimes, have been addressed using restorative principles for millennia and many non-Western and First-Nation societies apply them to this day. The aim was always to not only do justice, but to preserve and strengthen the relationships of trust that held a community together.

In a restorative just culture, the impacts and obligations are acknowledged and articulated. They get met by different stakeholders, preferably in collaboration.

A pilot involved in an incident can, for example be obliged to:
• Acknowledge errors and honestly disclose his or her role in the incident, giving an account to the others involved or affected.
• Recognise the needs of others, such as their club, their training panel, the GFA bystanders and community.
• Show remorse and be open to various ways to put things right.
• Be part of identifying pathways to prevention in collaboration with others.

A training panel and club can embrace the obligation to:
• offer support to members by supporting open disclosure and by not jumping to (retributive) conclusions;
• not sanction people just because they were involved in an incident;
• ask itself honestly what was responsible for the incident, not who;
• perform an investigation on the premise that people did not come to fly to do a bad job, and asking why it made sense for people to do what they did;
• Identify pathways to prevention, in collaboration with the people involved in the incident.

Identifying and meeting obligations is ultimately about putting right what went wrong. It is about making amends. In restorative practices, this means promoting reparation and healing for all affected by the incident. This notion of reparation, of restitution or ‘paying back,’ is central to retributive justice too, of course. In restorative practices, however, everything possible is done to reintegrate the person into the community, and the ‘payment’ is typically made in a different currency.

For restorative practices to be meaningful and seen as just by all involved, you have to be collaborative and inclusive. Effective restoration relies on this engagement. It will likely involve the following steps and people:

• Encounters between stakeholders. The first one is likely to be between your club’s training panel or CFI and the person(s) involved in the incident.
• Encouraging all those involved to give their accounts, ask questions, express feelings and work toward a mutually acceptable solution.
• Acknowledge the impacts, restore the balance and address future intentions. This may involve all club members.

The two forms of just culture also approach trust differently. Retribution builds trust by reinforcing rules and the authority of certain parties or persons to enforce them. It says that where people work to get things done, there are lines that should not be crossed and, if they are, consequences will follow.

Think about it this way: if you find that people ‘get away’ with breaking rules or doing sloppy work, you won’t have much trust in the system or in your community’s ability to demand accountability. Your trust can be restored if you see an appropriate and assertive response to such behavior. You can once again rest assured that the system, or your community, does not accept such behaviour and responds in ways that make that clear – to everyone.

Both kinds of trust can be important for your club or community, but it’s good to know when you are investing in which—and how. 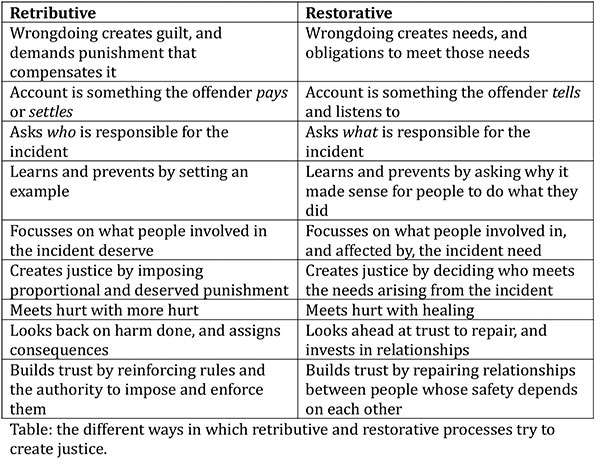 In both retributive and restorative approaches, people are held accountable for their actions. Nobody gets off the hook. Retributive justice asks what a person must do to compensate for their action and its consequences: the account is something they have to settle. Restorative justice achieves accountability by listening to multiple accounts and looking ahead at what must be done to repair the trust and relationships that were harmed.

This point of difference makes it important for others to understand why it made sense for the person to do what they did. Their account is something they tell. It also offers an opportunity to express remorse.