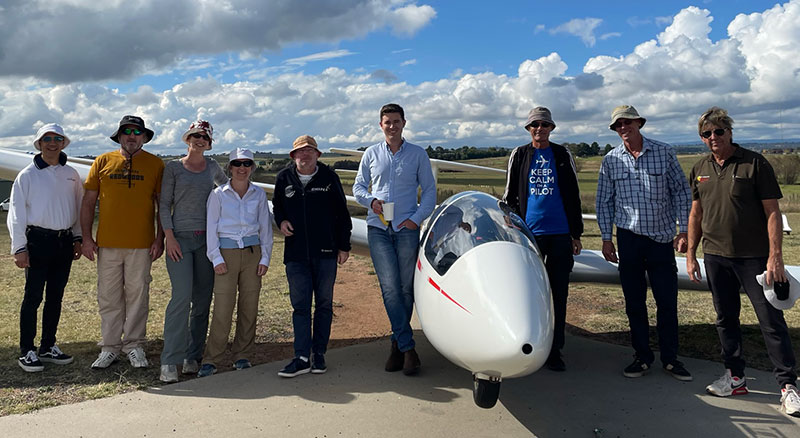 Instructors and trainees at the Bathurst SC Instructors Training Course.

In March and April and June Instructor Training courses were held at Canberra Gliding Club and Bathurst Soaring Club. Several new instructors are now ready to teach the next generation of glider pilots (of all ages). Congratulations to all the new instructors and thanks to the volunteer Level 3 instructors from Canberra, Bathurst and Lake Keepit that took the time to pass on their skills and knowledge. Thanks also to Beryl Hartley and Sam Peto for organising the courses. 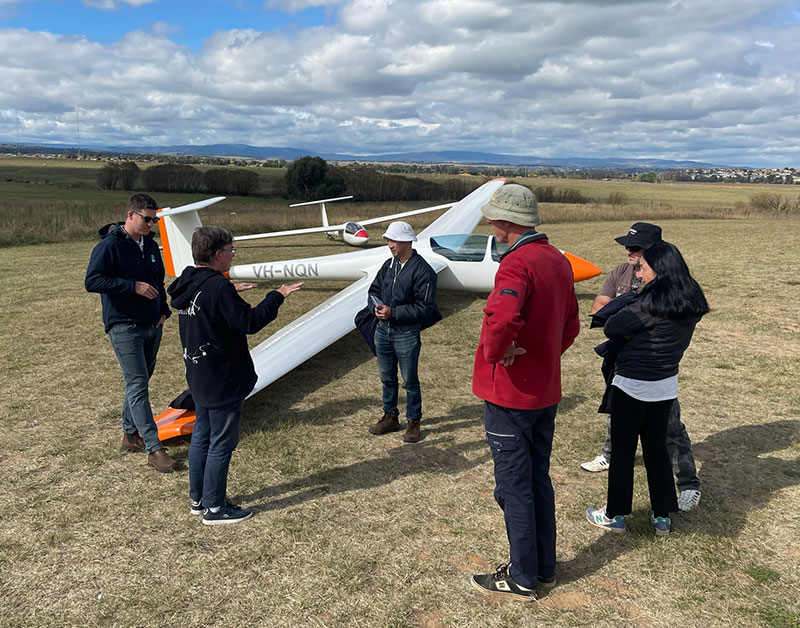 'Fun, fair, safe: these were the words Beryl Hartley used when speaking to the participants of the NSW Instructor Course at Bathurst Soaring Club in April 2022, to describe what gliding was supposed to be all about.
They are certainly good words to describe our week-long course with six trainees from Camden, Lake Keepit and BSC. Some of us were after their initial instructor rating, others sought an upgrade to Level 2.

In Aaron Stroop, Serge Lauriou, and Steve Hedley, we had a fabulous team of Level 3 instructors to guide us through the week. Even though the weather didn’t always cooperate, both the flying and the theory sessions were every bit as fun as they were instructive.

Beryl’s extraordinary catering – and the spectacle of instructors playing students, and trainee instructors practising patter – attracted quite a few club members who stayed around for safety discussions and the question of how to shape the future of our sport.

It’s been a pleasure to make new flying friends, and hopefully the week’s good spirits will carry over to the next generation of student pilots, too. Many thanks to all helpers and tuggies, course participants and L3 instructors, and to Beryl.' 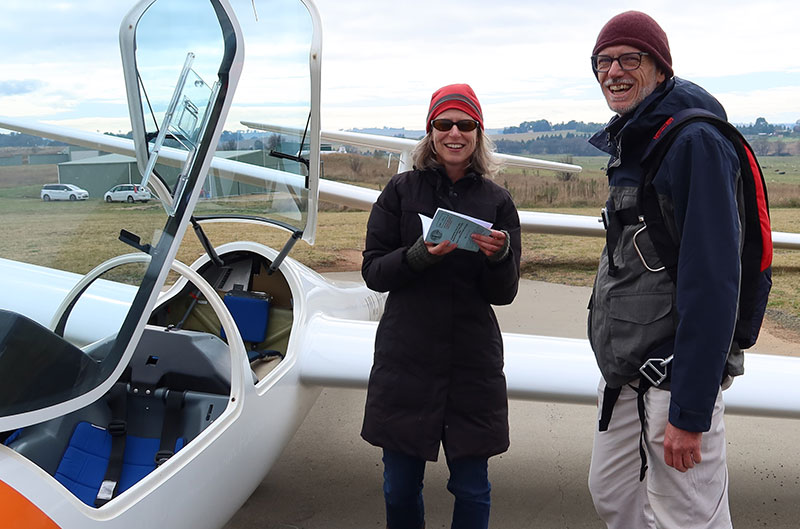 Daniella Helbig completed the Instructors Course and just one week later she took her ver first student for an instructional fight at Bathurst Soaring Club. 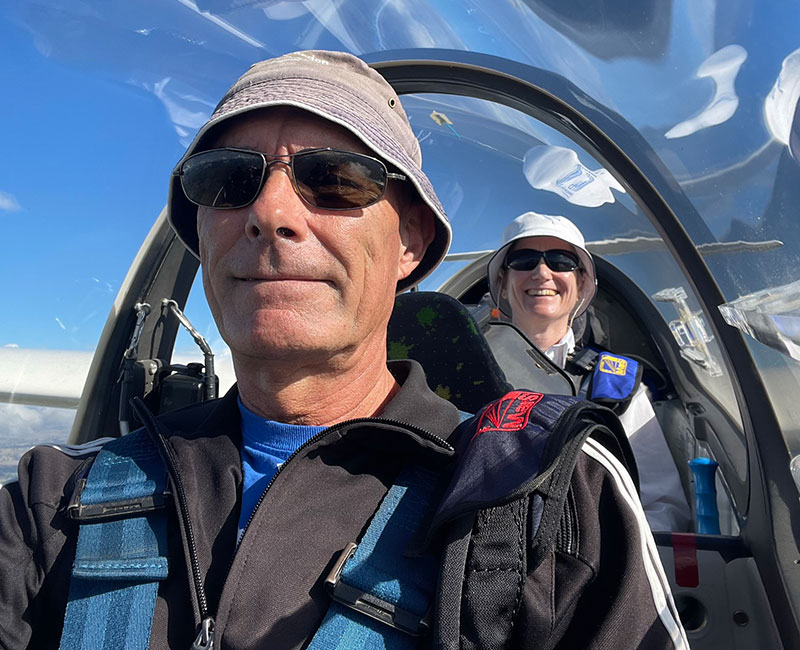 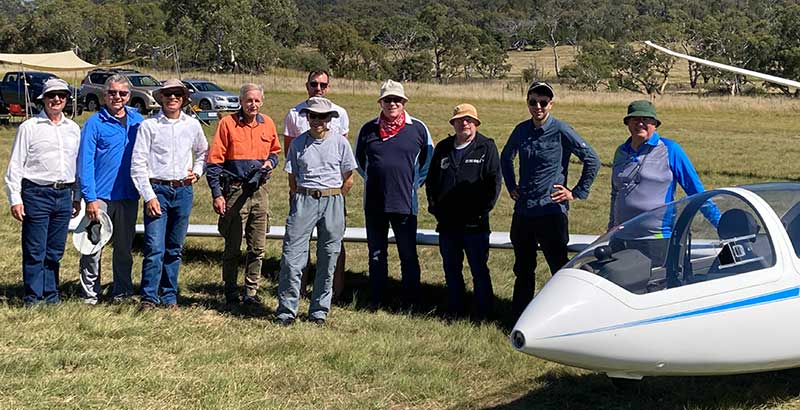 Instructors and trainees at the Canberra GC Instructors Training Course.