To be or not to be? There was great uncertainty as Christmas approached, although all the necessary preparations had been made for a COVID safe National Vintage Gliders Australia Rally at Bordertown from 9 to 16 January 2021. Our esteemed VGA President, JR Marshall, knew what was required, as he was an officially trained and appointed COVID Marshall in the state of South Australia. The fear was of the possibility of border closures with fresh outbreaks of COVID cases in NSW. Indeed, borders did close before the event, preventing people from Queensland and NSW from attending the rally. 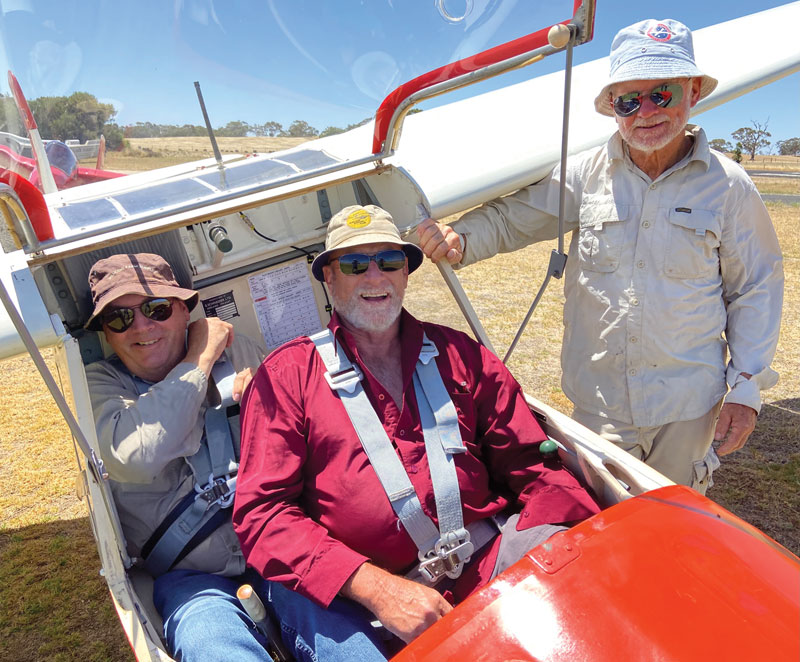 JR and Macca in the Kookaburra, assisted by Peter Raphael.

By David and Jenne Goldsmith

Vintage Rally participants from Victoria were still able to cross the border to South Australia by applying for an entry permit a fortnight in advance. Attendance at the rally was strongly suppressed. In total we had five vintage gliders attend the event, two travelling from Victoria and three from SA, supported as always by some beautiful model aircraft. Some people came without their gliders or models. Nevertheless, it was a great pleasure to see everybody, and the Bordertown National Vintage Rally remained a great social get together, despite the low numbers.

Entering the state of SA had an extra degree of excitement. Jenne was driving our Fiat camper and towing the Ka6E trailer with the paper permits for both of us to cross the border at the ready. However, David and the Ka6E GEA were not aboard! We had been attending the Geelong Club Christmas Camp at Horsham. 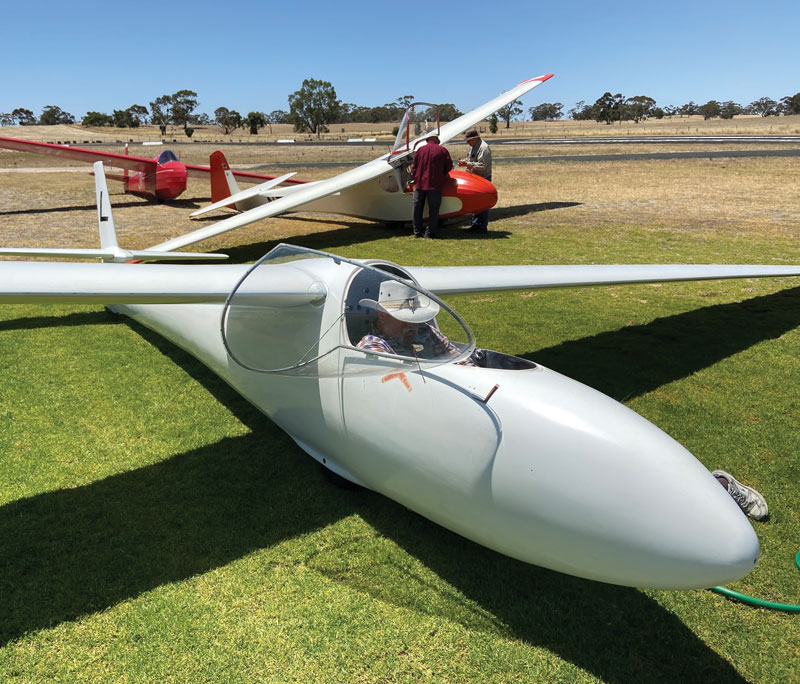 On the Friday before the Rally started, the weather looked favourable enough for David to fly the glider 160km interstate to Bordertown. Jenne wondered what explaining she might have to do to a policeman at the border, but entered the state with no inspection of papers, as the checkpoint had not yet been set up. David arrived over the border first and found the best conditions of his flight in SA, climbing to 8,000ft while waiting for Jenne to arrive.

With great weather at the start of the rally, Jenne was glad of the oxygen in GEA on Saturday as she went back across the border to the edge of the Big Desert northwest of Nhill, south to the northern edge of the Little Desert and along a wonderful cloud street back into SA and down to the wine region of Padthaway before returning to Bordertown. The flight was 338km in all, no low points, and reached a best altitude of 11,809ft.

JR Marshall confined himself to SA in the Olympia ‘Yellow Witch’, but had no trouble covering 161 km in 2hrs 50 mins, an admirable speed for the pre-WWII design. Renna also had a 2hr 20min romp in his Boomerang GTL. 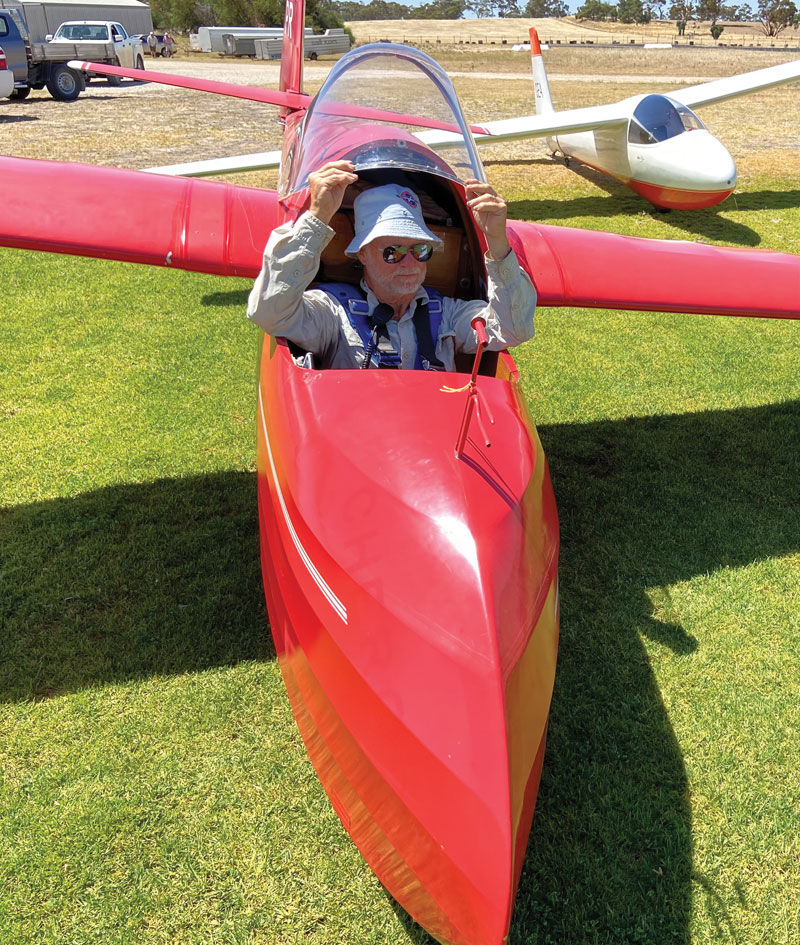 Peter ready in his Cherokee 11, Ka6E next.

The next day was even better. Taking the first launch in GEA, David followed the cumulus into Victoria as far as it went to Dimboola before turning and again working along the northern edge of the Little Desert back into SA, up past Keith and back to Bordertown at altitudes of up to 12,500ft on a 374km flight. Peter Raphael in his Cherokee II enjoyed a 196km flight not below 8,000ft and up to 12,500ft in 4hrs 3mins, really motoring in a 65.0 handicap glider!

JR was in the back seat of Kookaburra GNZ as his daughter Amy re-familiarised herself with the glider she trained in, showing Dad that she hasn't forgotten how to thermal. Renna was up again, this time for 2hrs 45mins in the cool in the Boomerang.

Our weather whisperer, Peter Bannister, had nothing good to report for Monday the 11th. Our spectacular weather was taking a turn for the worse. A change was coming in, with upper wind speeds already 25kts and surface gusts to 35kts expected with the passing of the trough. A total fire ban was in force, with the fire danger rated as extreme. No wire launching was permitted because of the possibility of sparks. We had a day on the ground in 41 degree heat. Safe hangarage was found for some gliders and tiedowns were inspected for security. 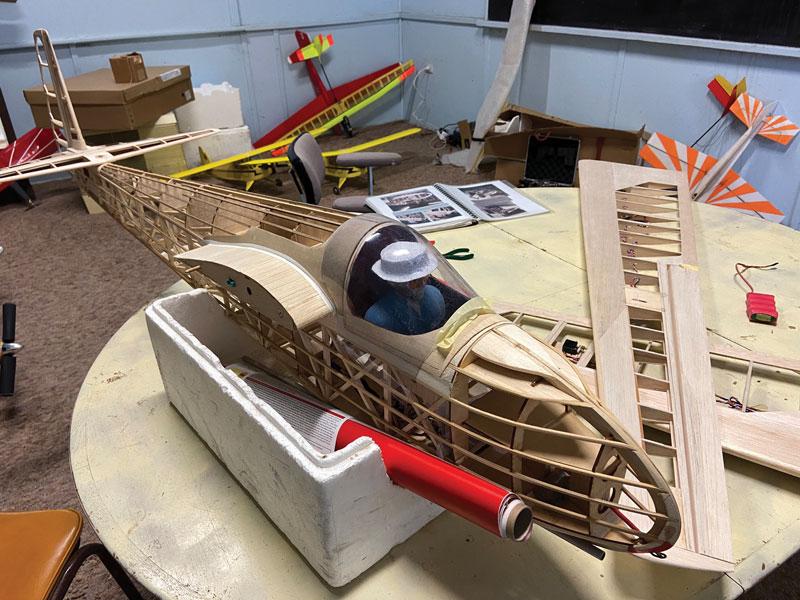 Tuesday 12 January offered us the opportunity to fly again. Peter reported that we had a very strong inversion at 5,000ft with a wind change at that altitude to ESE/light. Only the Yellow Witch remained a hangar queen, possibly lamenting the fact that Ged Terry from the UK was NOT attending his first Australian National Vintage Glider Rally in 38 years! It took a global pandemic to keep him away.

After a mutual flight with owner Brian McIntyre, JR enjoyed over an hour in Kookaburra GNZ. Weak lift was a feature of the day, as forecast by Peter. Not to worry, everybody got home. The best heights (less than 4,500ft AGL) under the iron clad inversion were found in South Australia. Peter Raphael flew over 80km in the little Cherokee II in the weak, blue conditions, an amazing effort, while in the Ka6e, Jenne covered 122 km.

Peter’s forecast for Wednesday and the rest of the week was most discouraging, but proved correct. However, the social side was to the fore, and late arrivals continued to come. Thursday morning dawned surprisingly calm and the model fliers were in their element. They entertained their audience on the clubhouse hill with a wide variety of models from vintage gliders to modern electric powered racers and home designed aerobatic models, thus continuing a highly valued part of the Bordertown experience. However, by 9am it was all over, as the expected wind blew up from the SW. 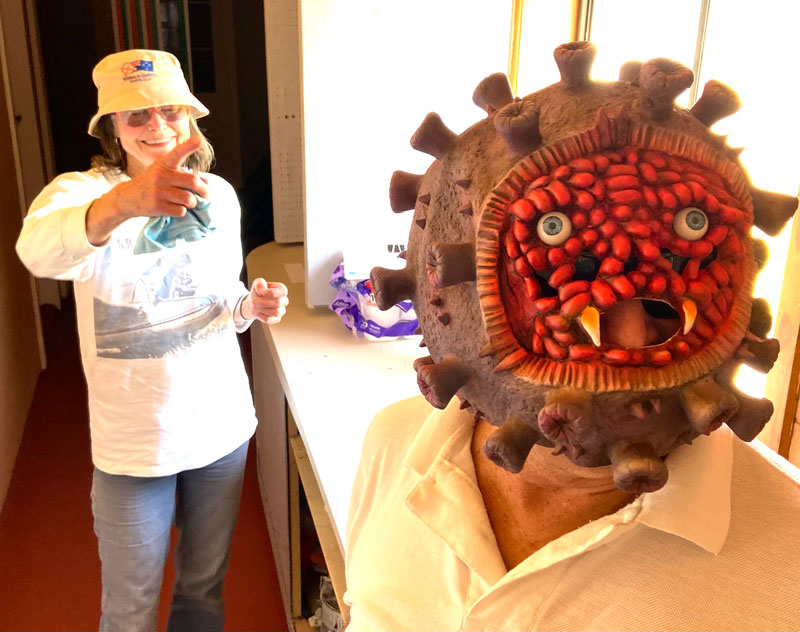 Vintage Gliders Australia’s Annual General Meeting on Friday was chaired by President JR Marshall with Treasurer Ruth Patching and Secretary Bob Hickman, and covered a number of items, including setting the dates for next year’s Rally, to be held from 8 to 15 January 2022.

Thanks to the Bordertown-Keith Club members who again provided safe, efficient winch launching for us, launch point repartee worthy of a comedy show, a manicured site with irrigated launch pad and a comfortable air-conditioned clubhouse. Thank you, JR and your helpers, who contributed so much by providing meals in the clubhouse. Last, but not least, thank you, Peter Bannister, who put much of his professional time into providing us with highly accurate forecasting for the site, gathering and using real time information, rather than relying completely on the modelling done, by internet services.

The COVID-affected low numbers at the rally and the wind that we experienced later in the week were not permitted to spoil the fun. The great company of the people who were able to come made up for it, along with music, movies, models and a couple of days of spectacular weather.